Two Britons became critically ill after an apparently chance encounter with the poison near the site of the March attack on Sergei and Yulia Skripal.

Britain demanded on Thursday that Russia provide details about the Novichok nerve agent attack on a former double agent and his daughter after two British citizens were struck down with the same poison.

The two Britons, a 44-year-old woman and a 45-year-old man, fell critically ill after handling what police called a contaminated item near the site of the March attack on Sergei and Yulia Skripal.

Britain has accused Russia of poisoning the Skripals with Novichok – a nerve agent developed by the Soviet military during the Cold War – in what is the first known offensive use of such a chemical weapon on European soil since World War Two.

Russia, which is currently hosting the football World Cup, has denied any involvement in the March incident and suggested the British security services had carried out that attack to stoke anti-Moscow hysteria.

“The eyes of the world are currently on Russia, not least because of the World Cup,” British Home Secretary Sajid Javid said. “It is now time that the Russian state comes forward and explains what has gone on.

“It is completely unacceptable for our people to be either deliberate or accidental targets, or for our streets, our parks and towns to be dumping grounds for poison,” he told parliament.

The Kremlin said Russia had offered Britain its assistance in investigating the nerve agent attack and had been rebuffed. 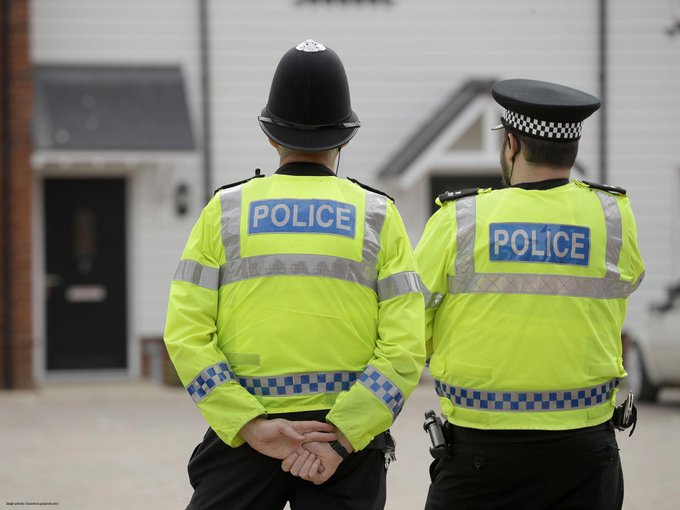 UK reaction to Amesbury incident puzzling. Russia proposed a joint investigation into Salisbury from the very outset, proposal remains valid. Instead of cooperating, London prefers to muddy the waters, confuse and intimidate its own citizens.
https://www.rusemb.org.uk/fnapr/6579

Prime Minister Theresa May, speaking alongside Chancellor Angela Merkel during a visit to Berlin, said it was “deeply disturbing” that two more people had been exposed to Novichok, adding that her thoughts were with the people of the area.

The two Britons taken ill on Saturday were initially thought to have taken an overdose of heroin or crack cocaine.

But tests by the Porton Down military research centre showed they had been exposed to Novichok. Britain has notified the global chemical weapons watchdog, the Organisation for the Prohibition of Chemical Weapons (OPCW).

London police later said in a statement, “… we now know that they were exposed to the nerve agent after handling a contaminated item.” They did not elaborate.

Police have said the Skripals were poisoned after Novichok was applied in a liquid form to the front door of Sergei Skripal’s home in the city of Salisbury, 11 km (7 miles) south of Amesbury, where the current incident occurred.

Skripal – a former colonel in Russian military intelligence who betrayed dozens of agents to Britain’s MI6 foreign spy service – and his daughter were found slumped unconscious on a park bench on March 4.

The latest pair however have nothing in their background to suggest a link to the world of espionage or to Russia.

“It is unbelievable that I am here to talk about another Novichok nerve agent incident in our county,” local police chief Keir Pritchard told reporters. “We’re working extremely hard to try to understand the circumstances, the chronology.”

Interior minister Javid said the substance that the two people were exposed to was the same variant of Novichok that struck down the Skripals.

However, officials said the working hypothesis was that the latest pair had been contaminated in a different location from areas visited by the former Russian agent and his daughter.

“The possibility that these two investigations might be linked is clearly a line of enquiry … but it is very important that we keep an open mind,” said Pritchard, adding that it was not yet clear whether the Novichok came from the same batch.

We’ve now set up two dedicated phone numbers for anyone with concerns relating to this incident.
The dedicated numbers are Freephone 0800 092 0410 or 0207 158 0124 if you cannot dial Freephone numbers or are calling from abroad. These numbers are available from 8am to 8pm daily.

We would like to appeal to anyone who might have information concerning the circumstances surrounding this incident to come forward. We remain committed to updating the public as this incident unfolds & will do this when further information becomes available. Thank you #Amesbury pic.twitter.com/8Hd7oqulNt 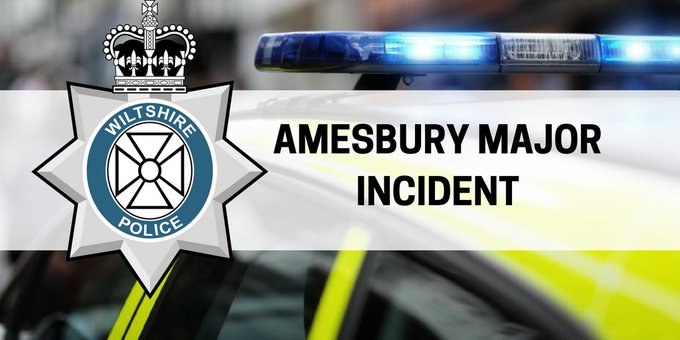 Paramedics were called on Saturday morning to a house in Amesbury after the woman, named by media as Dawn Sturgess, collapsed. They returned later in the day when the man, Charlie Rowley, also fell ill.

Health chiefs said the risk to the public was low, repeating their earlier advice that the public should wash their clothes and use cleansing wipes on personal items.

But the exposure of two British citizens to such a dangerous nerve agent will stoke fears that Novichok could be lingering at sites around the ancient English city of Salisbury.

Andrea Sella, professor of inorganic chemistry at University College London, said Novichok nerve agents were designed to be quite persistent and did not decompose quickly.

“That means that if a container or a surface was contaminated with this material it would remain a danger for a long time,” Sella said.

After the Skripal poisoning, police investigators in protective suits scoured Salisbury. They may return, police said.

The March attack prompted the biggest Western expulsion of Russian diplomats since the Cold War as allies sided with May’s view that Moscow was either responsible or had lost control of the nerve agent.

Moscow hit back by expelling Western diplomats, questioning how Britain could know that Russia was responsible and offering rival interpretations, including that it amounted to a plot by British secret services.

Why China’s five-year plan matters to the world

The 10 Runway Trends You’ll Be Wearing This Year

India to begin exporting sugar to China from early next year

British warships to sail to Black Sea amid Ukraine-Russia tensions