“The mission to build a strong People’s Liberation Army Navy has never been more urgent than it is today,” said Chinese President Xi Jinping, while inspecting the largest naval parade in China’s history in the South China Sea on April 12th. 48 vessels, 76 fighter jets and more than 10,000 personnel took part in this review – exercise.

For some experts, this review has sent a clear message that China is preparing to guard its core interest at sea and undertake more international responsibilities, especially in the South China Sea area.

“If we compare Chinese navy with two other countries, we could see that our navy is not very much combat-tested. But history has put our navy at the forefront in that we have global interest overseas and in that, we have to shoulder increasing international responsibilities,” Zhou Bo, director of the Center for Security Cooperation, Ministry of National Defense, said in an interview with CGTN TV.

As Zhou explained, China intends to employ its growing strength to take more international responsibilities. “And that’s exactly what we are doing.”

The Chinese navy has been conducting peacekeeping missions in Africa, disaster relief and combating terrorism in different regions.

In his view, China’s PLA Navy is developing fast with more naval vessels coming into service. In fact, from 2009, China has maintained a navy strength of at least three ships at any given time. In the meantime, the Chinese navy is becoming more experienced by sailing more international waters, including the Gulf of Aden. 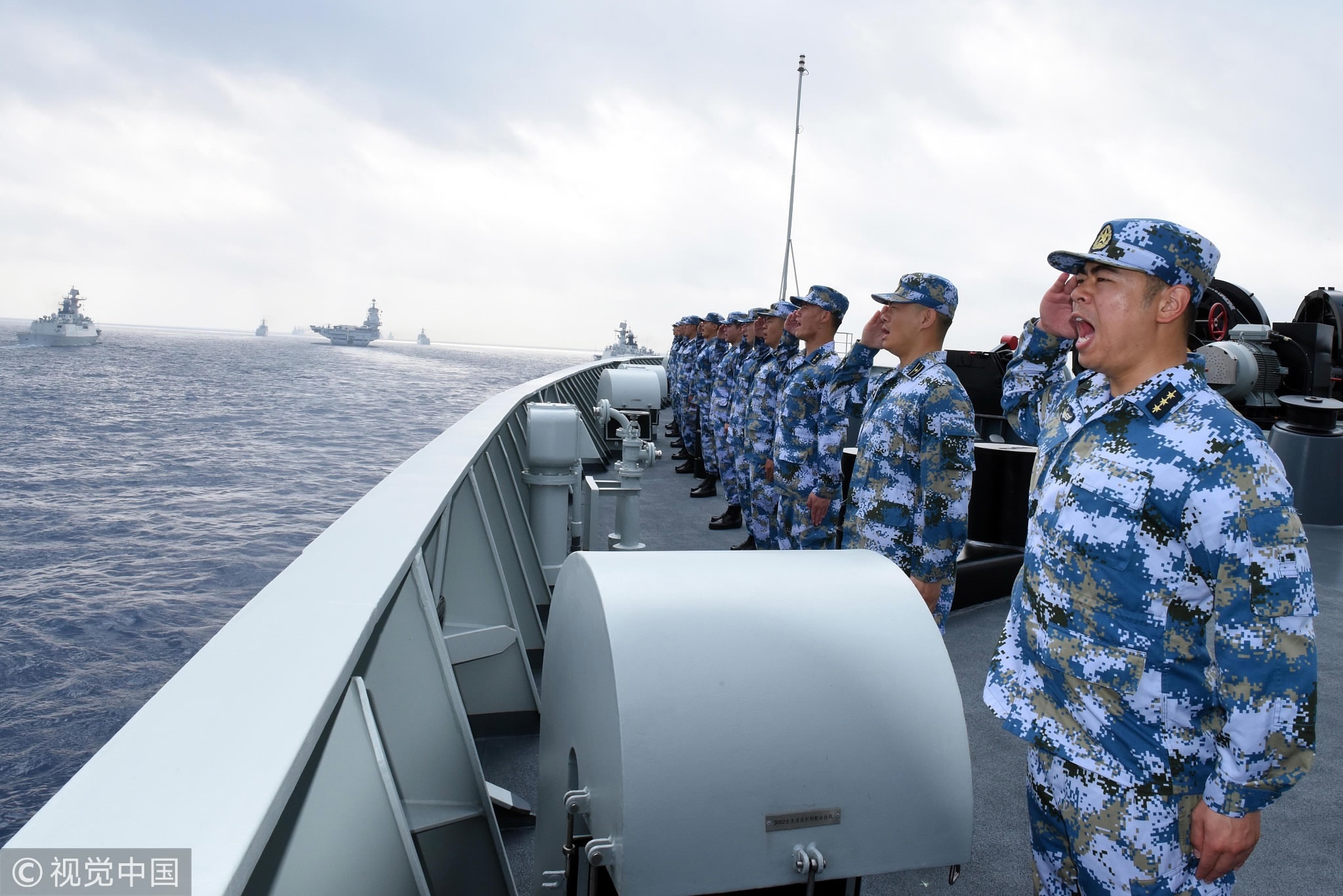 These developments also marked that China is attaching greater importance to the defense abilities in the deep blue sea. The growing strength of navy shows that China is prepared to protect its national interest in the South China Sea area. But in the meantime, Zhou refuted the view that the drill was a sign of escalating tensions in that region, and stated that it was, in fact, the US who was being “deliberately provocative.”

“It is perfectly all right for us to conduct training in our own waters. I believe most of the time America is being deliberately provocative in that they sailed into a total  12 nautical miles of China-controlled islands and these are not commonly used international passages.”

Last year from May to October 2017, US Navy carried out four Freedom of Navigation operations in the South China Sea, which was condemned by the Foreign Ministry of China as an act of challenging China’s sovereign rights and threatening regional peace. “Freedom of Navigation should not be taken as the freedom of military activities,” Zhou added.

Pkaistan: The CPEC — Dividends for Balochistan

US says still working to reunite 2,053 children with families

Brexit talks still stuck because EU is asking too much, UK...