The headquarters of the Silk Road International League of Theaters was officially inaugurated in Beijing on Tuesday. The move will help the league strengthen its role in promoting cultural cooperation with Belt and Road nations and showcasing performances in China and beyond.

When the topic of the Belt and Road Initiative is evoked, what comes to mind for most people might be trade and business.

But now, cultural centers and theaters from Belt and Road countries are coming together to bring their best performances to the world.

With the operation of the Silk Road International League of Theaters headquarters in Beijing, more high-quality cultural creations from member countries are expected to be showcased in China and the world. 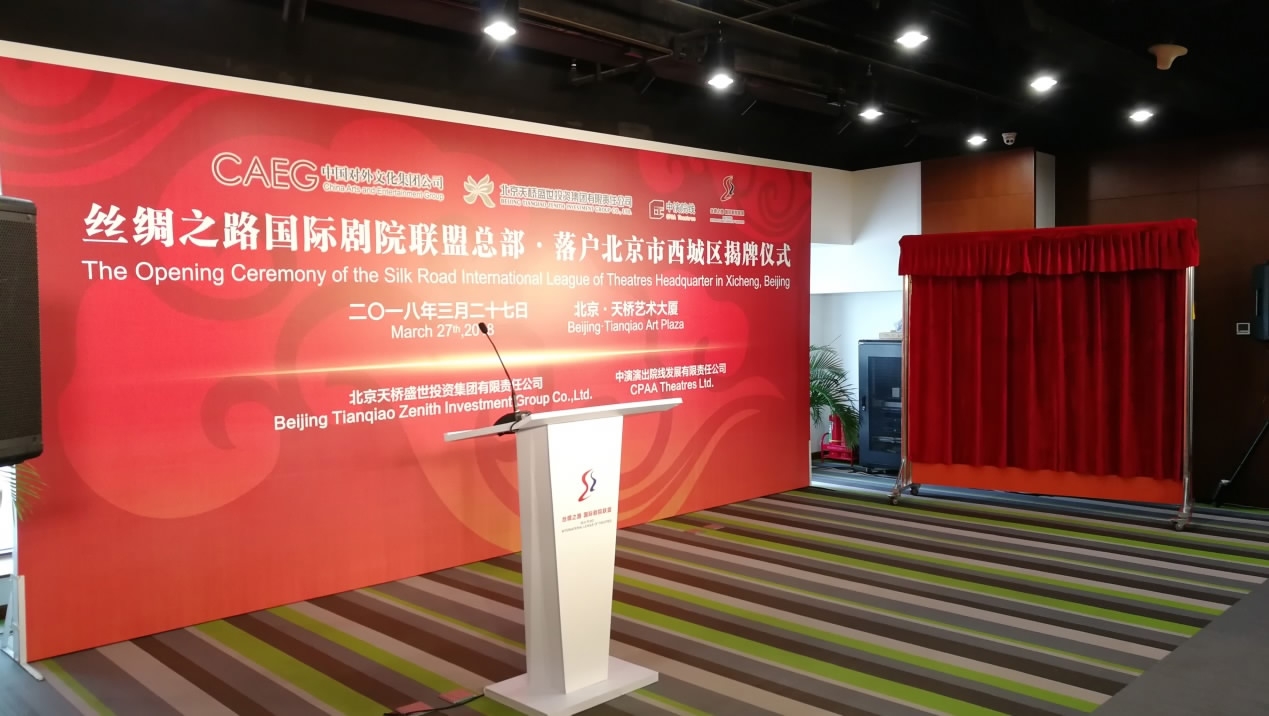 During the opening ceremony, China Arts and Entertainment Group President Li Jinsheng said the league will make major steps in carrying out its mission to enhance cultural exchange among Belt and Road nations.

“The Silk Road International League of Theaters aims to collect good cultural resources and information and share them with its members, as well as promote cultural talent exchanges among Belt and Road countries. League members will also produce a variety of shows together and found its own symphony orchestra and art festival in the future.”

Since its founding in 2016, the Silk Road International League of Theaters has grown into an alliance of 86 members from 32 countries and regions.

Colombia’s Liberty Theater is one of the earliest members of the league.

During the event, Colombian Ambassador to China Oscar Rueda said, “Colombians are interested in learning about Chinese culture. We are very honored that our country’s Liberty Theater has become a member of the league. I think cultural exchanges between Colombia and China will be deepened in the future. Now we have plans to bring a Colombian folk dancing show to China and display some collections from our museums in China.”

Over the past year, the Silk Road International League of Theaters has made great strides in introducing Chinese art performances to the world, as well as bringing foreign arts to China.

The league’s first original opera, which is based on the story of the famous Silk Road historical icon ” Marco Polo”, will be staged in Guangzhou and Beijing in May.

UN evacuating about 100 staffers from Afghanistan to Kazakhstan

At least 42 injured in blast at Russian explosives factory

Exclusive: Vatican and China in final push for elusive deal on...