Scottish First Minister Nicola Sturgeon has warned that there is a real danger of the Brexit process “falling apart,” which would force the UK to leave the EU without first negotiating trade agreements with the bloc.

Speaking to Reuters in London on Monday, Sturgeon said that, compared to even three months ago, there was now a greater risk that the Brexit process will break down, resulting in a “no deal”scenario in which the EU and the UK fail to agree on the terms of the divorce, followed by a walkout of negotiations, leaving the future of trade relations unresolved. 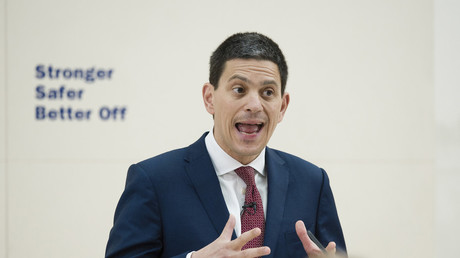 “The danger if I am being less optimistic, or pessimistic, is that the whole process crashes before [a deal] can emerge because time is running out and the clock is ticking,” she said.

“There is a real risk of a no deal Brexit and that would be pretty catastrophic,” Sturgeon added. A no-deal scenario could result in litigation in international courts, and even asset confiscation – making negotiations on critical issues such as travel, immigration and customs all the more difficult.

The EU’s Brexit negotiator, Michel Barnier, said on Monday that “no significant progress” had been made in negotiations with London since March.

In the June 2016 referendum, 51.9 percent of Britons voted to leave the European Union. Scottish voters overwhelmingly backed the Remain camp. Since then, talks between the government of Prime Minister Theresa May and Brussels over the terms of Britain’s divorce have run into a number of snags, including the status of Gibraltar, Northern Ireland and Scotland.

Spain wants to regain Gibraltar, which was ceded to Britain 300 years ago, but the government in Madrid said it doesn’t want to hold the Brexit negotiations hostage over it. Without a deal with the EU, re-imposing a hard border between Ireland and the UK-controlled Northern Ireland could unravel the 1998 Good Friday Agreement that ended decades of Irish insurgency.

May’s official position is that Britain will be leaving the EU on March 29, 2019, whether a deal is reached with Brussels or not.

£8.7bn written off by Government in relation to Covid pandemic PPE

Armenian newspaper calls for use of nuclear weapon against Azerbaijan