“We know there are existing and historical unresolved conflicts between Pakistan and India,” he said in an interview with CGTN anchor Zou Yue after the conclusion of the 18th SCO Summit in China’s coastal city Qingdao on Sunday. “But I think after they joined the SCO, maybe we can provide a better platform and opportunities for the building of relations between them.”

India and Pakistan, two traditional rivals in South Asia, were admitted to the SCO as full members last year –the first time the regional bloc has expanded. 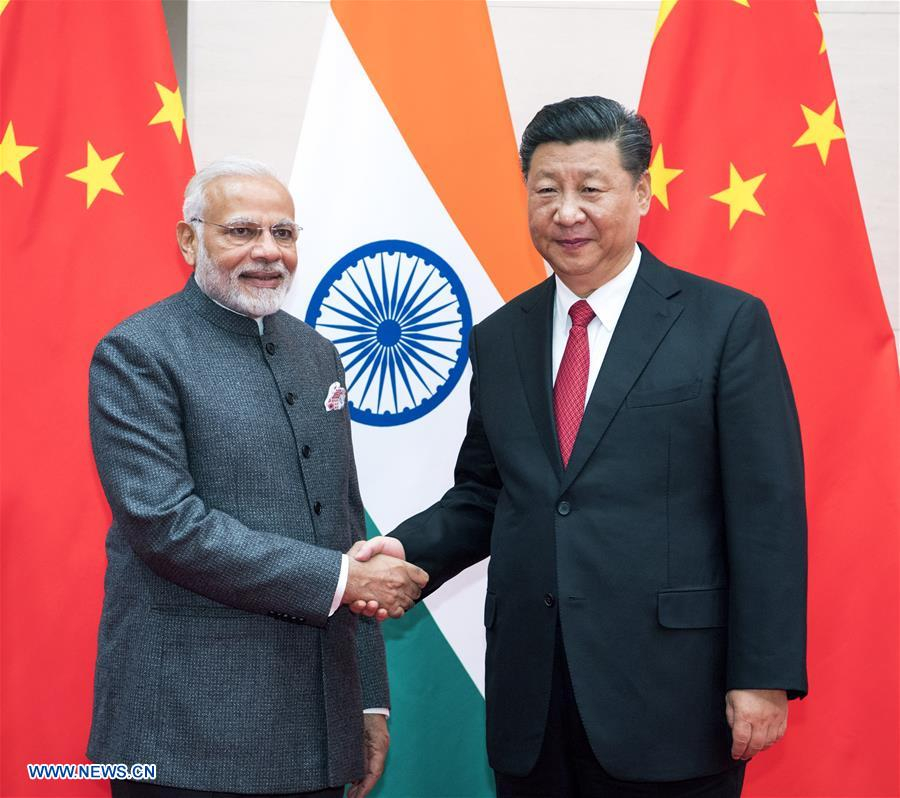 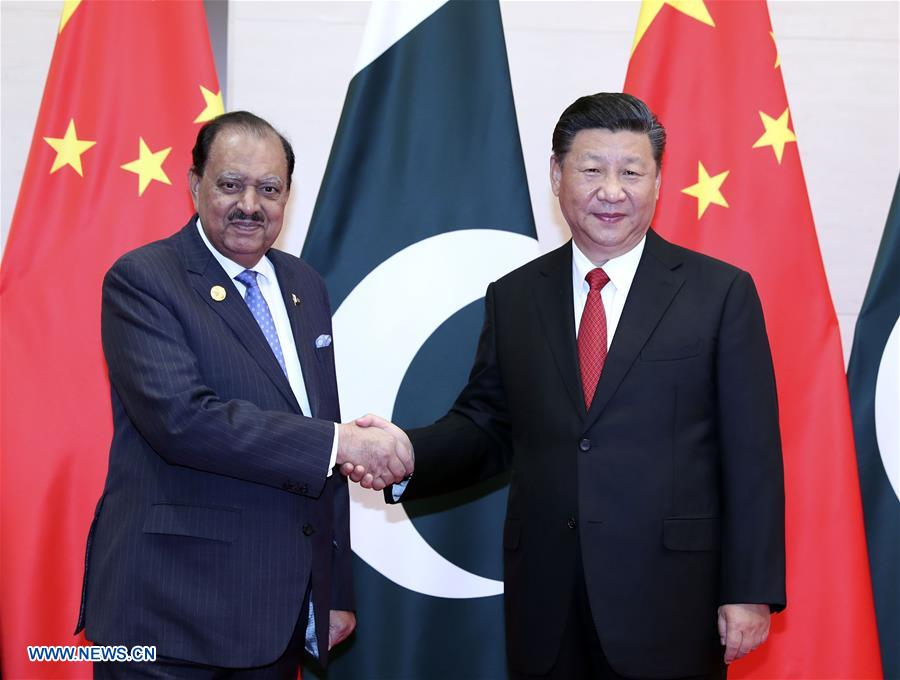 “When joining the SCO, a series of agreements need to be signed and pledges need to be made,” Wang noted, stressing that member states must keep good relations and not see each other as opponents or enemies. He described the SCO as a “great vehicle” for improving ties between India and Pakistan.

Therefore, the admission of the two neighboring countries to the SCO can help maintain peace and stability in the region, he added.

The Chinese diplomat revealed that some other countries have also expressed interest in becoming full members of the SCO.

Noting that many SCO countries share borders with Afghanistan, Wang said Afghanistan’s stability is the top regional security issue for the organization. 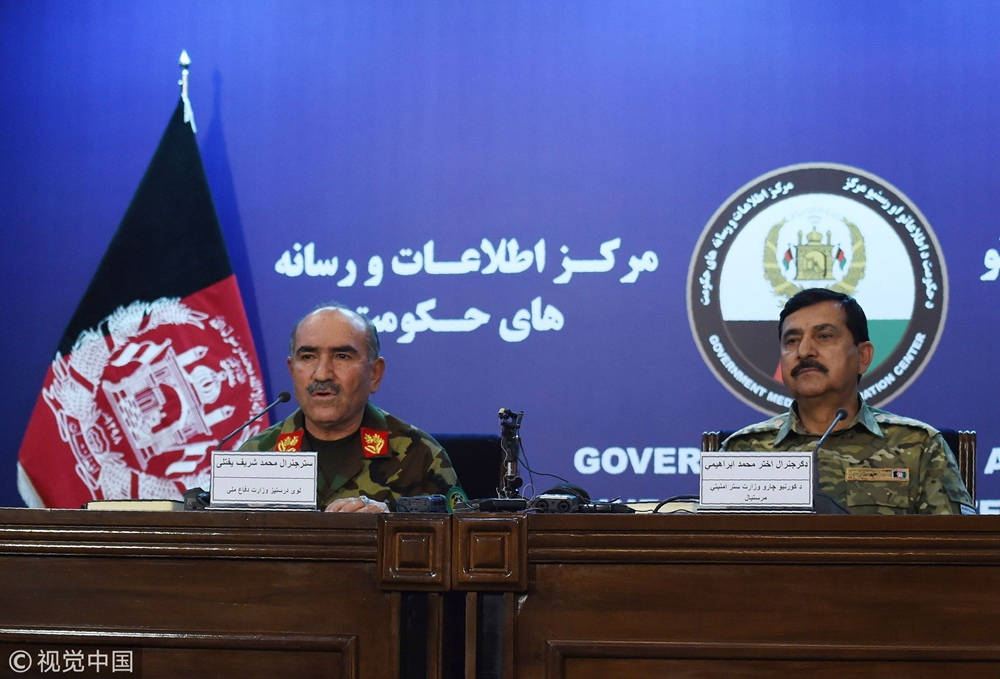 Afghan authorities announce a week-long ceasefire with the Taliban for Eid, the holiday that caps off Ramadan, June 7, 2018. /VCG Photo

To facilitate peace and stability in Afghanistan, the SCO-Afghanistan Contact Group was created in 2005 as a consultation mechanism between the organization and the country. China chaired the group’s meeting at the deputy foreign ministers level in Beijing on May 28, showing the SCO’s growing attention to the Afghanistan issue.

SCO members are committed to making joint efforts to keep the country’s peace and reconciliation process on the right track, Wang stressed.

He underscored the ceasefire between the Afghan government and the Taliban militant group during the SCO summit this weekend, praising the two sides for “meeting each other halfway” and “accumulating some positive elements.”

“Even though the conflicts and divisions can’t be solved all at once, hopes and opportunities have emerged,” he indicated.

In response to a question on whether China and Russia share the same goal within the SCO framework, Wang told CGTN that the two countries agree on the direction of the SCO, share common interests and are collaborating “very well.” 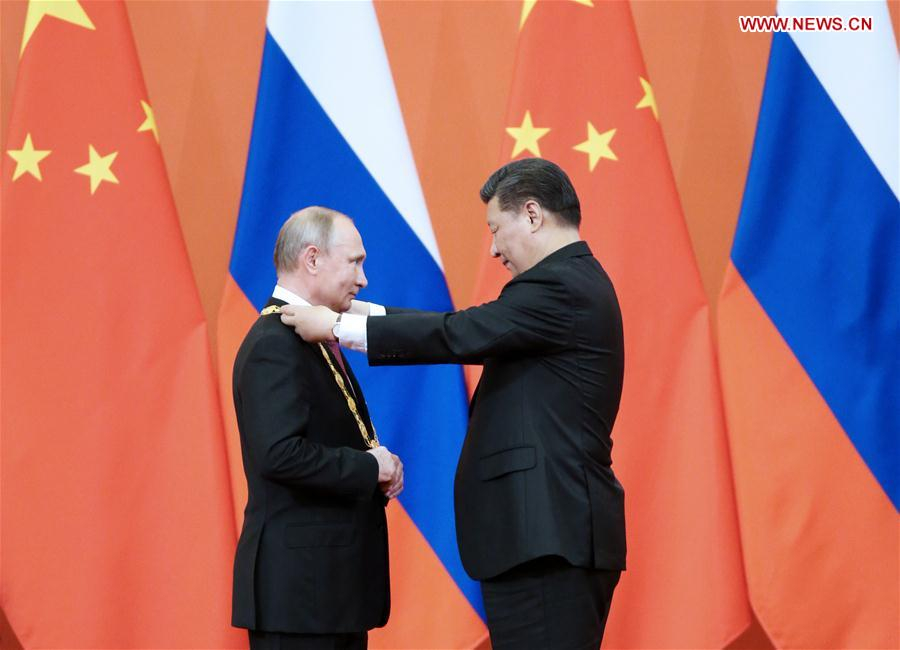 “The SCO is a big platform on which the China-Russia comprehensive strategic partnership of coordination is enriched,” Wang said, adding that Beijing and Moscow are working “hand in hand” to safeguard peace and stability in the region.

The Russia-led Eurasian Economic Union and the China-proposed Belt and Road Initiative are being aligned on the SCO platform, and there are great ways for the two countries to expand cooperation in various fields, according to Wang.

Trump storms out of meeting with Democrats over border wall funding

Reporter claims Pompeo cursed at her over question on Ukraine