Prince William voiced hope for lasting peace in the Middle East on Wednesday as he met Palestinian President Mahmoud Abbas in the occupied West Bank in the first official British royal visit to the Palestinian Territories.

William, second in line to the throne, received a red-carpet welcome that included an honor guard and band to the Muqata, the Palestinian government headquarters in the city of Ramallah.

“I’m very glad our two countries work so closely together and have had success stories with education and relief work in the past, so, long may that continue,” William told Abbas at the start of their meeting. 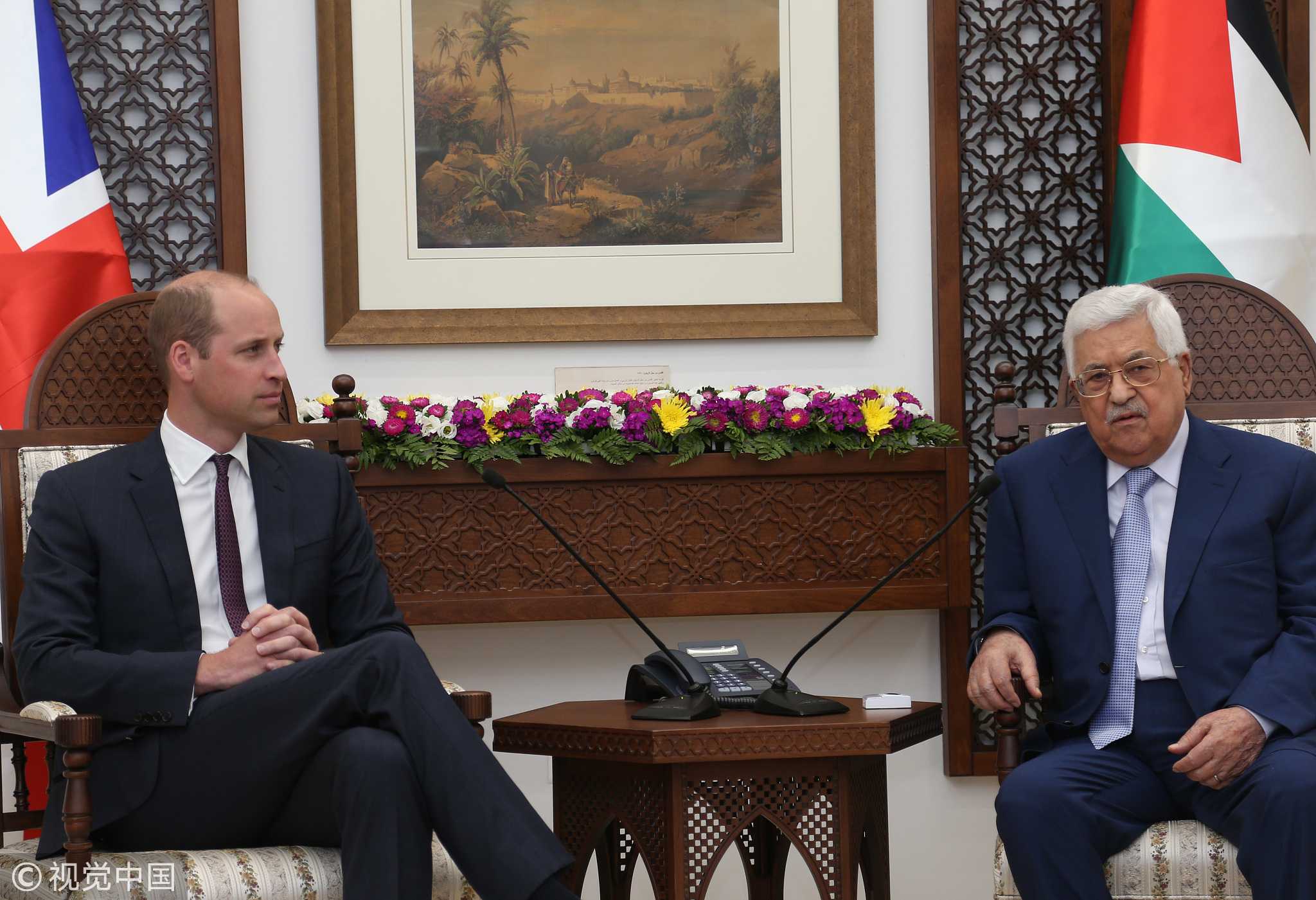 “My sentiments are the same as yours in hoping that there is a lasting peace in the region,” the prince said.

On Tuesday, Israeli President Reuven Rivlin publicly asked the prince to bring Abbas “a message of peace” and tell him it is time to find a way to “build confidence” between Israel and the Palestinians.

Rivlin’s position is largely ceremonial and in remarks released to the media after his own meeting with William earlier that day Prime Minister Benjamin Netanyahu made no such request.

Israeli-Palestinian peace talks collapsed in 2014 and a divide has widened since US President Donald Trump recognized Jerusalem as Israel’s capital in December and moved the US Embassy to the city.

“The Palestinian side is committed to the peace process with the Israelis, so both states could live peacefully together within the borders of 1967,” Abbas said in his public remarks at his meeting with William. 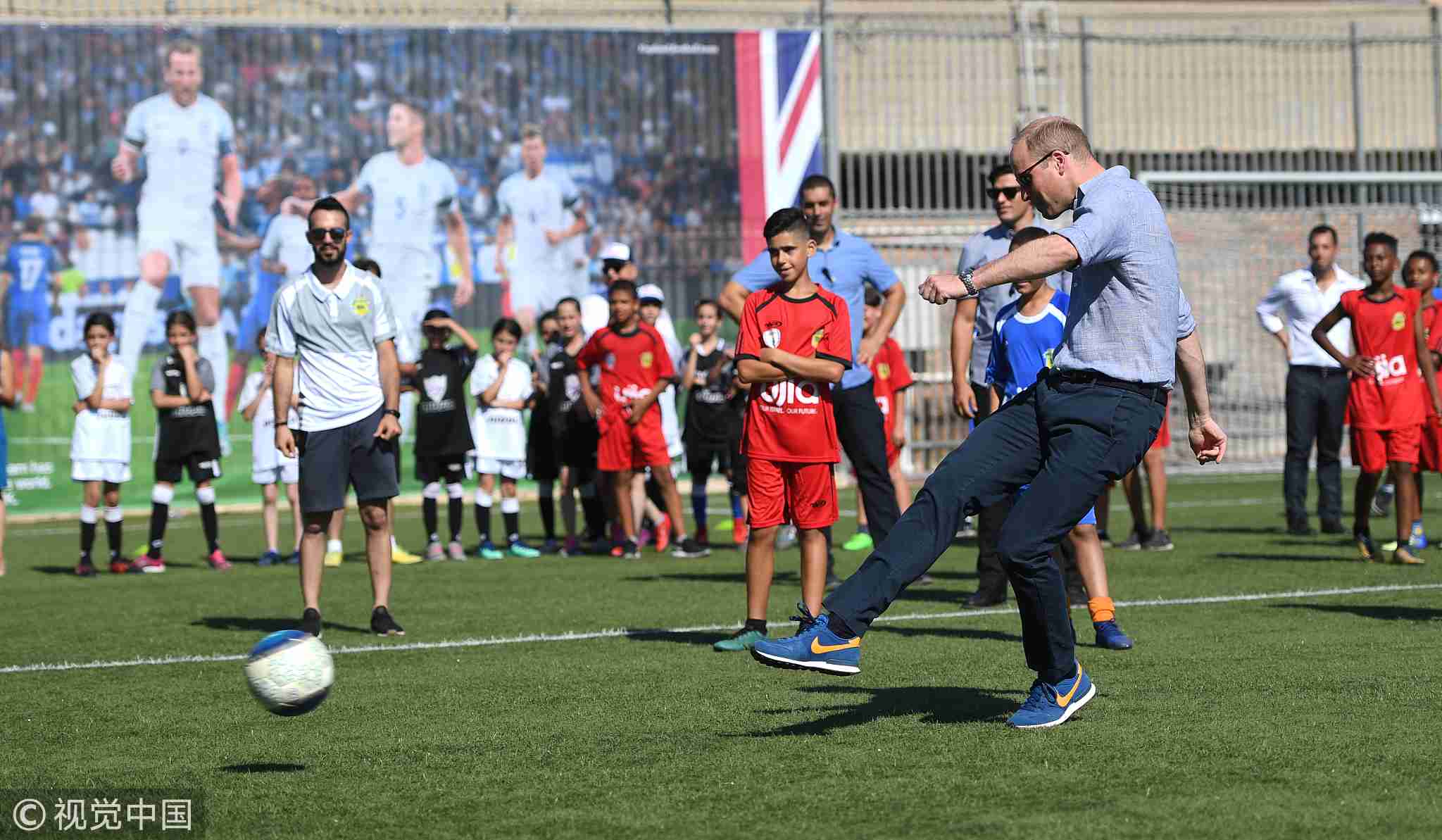 Prince William, Duke of Cambridge plays football during a session at the Equaliser football program as part of his tour of the Middle East on June 26, 2018 in Tel Aviv, Jerusalem. /VCG Photo

After meeting Abbas, William was scheduled to meet Palestinian youngsters.

William’s four-day tour, which ends on Thursday with a visit to holy sites, also marks the first time a member of the British royal family has paid an official visit to Israel.

4 charged with murder for downing MH17 flight over Ukraine

Trump sets goal to create US military Space Force by 2020