US President Donald Trump said on Tuesday that the US and the Democratic People’s Republic of Korea (DPRK) have already started direct talks at “very high levels.”

A senior US official told Reuters on Tuesday that US Secretary of State nominee and CIA Director Mike Pompeo made a secret visit to the DPRK over the Easter weekend and met with DPRK leader Kim Jong Un.

Pompeo’s trip made him the most senior US official to visit the DPRK since then-intelligence chief James Clapper in 2014. 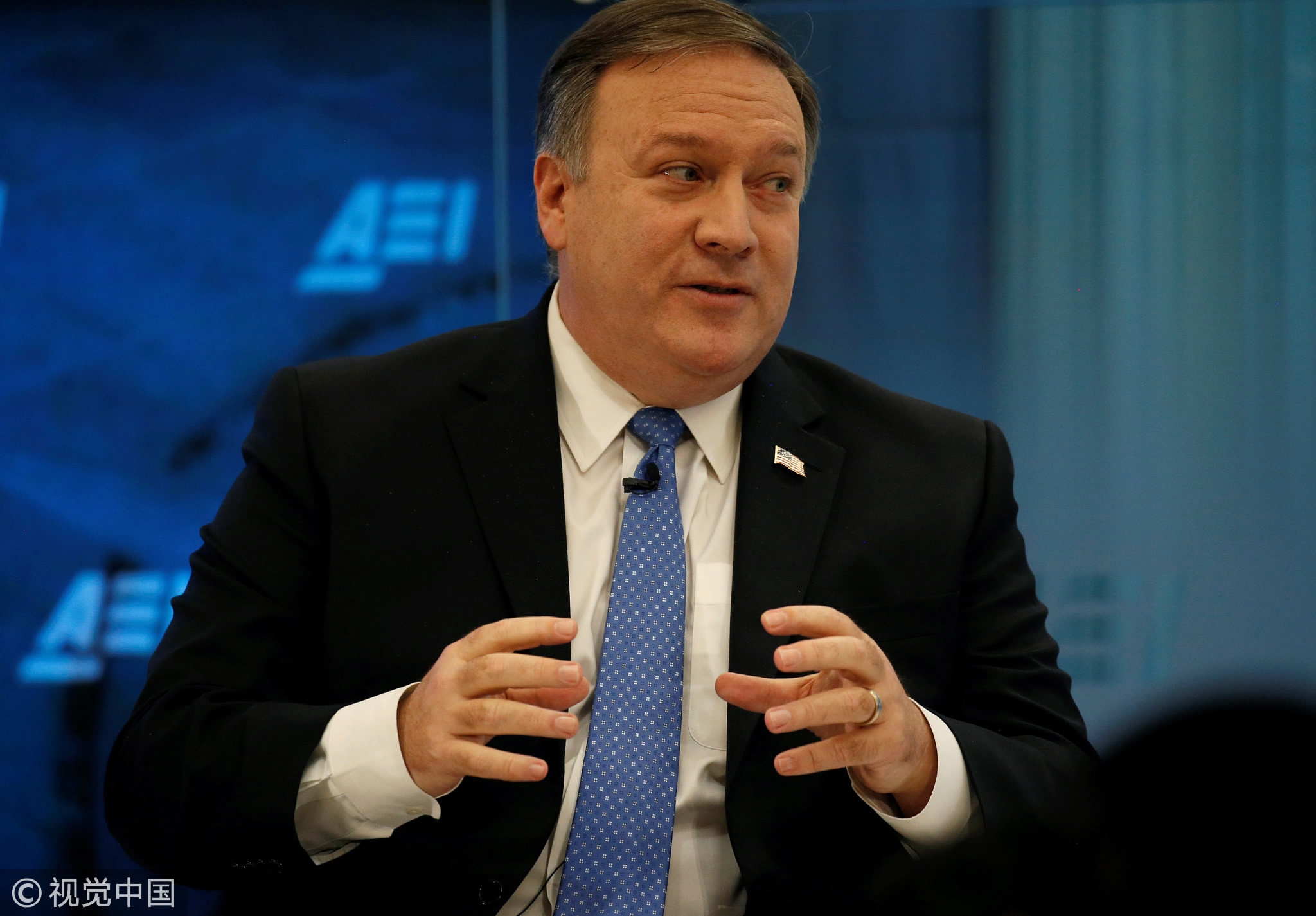 US Secretary of State nominee and CIA Director Mike Pompeo delivers remarks at “Intelligence Beyond 2018,” a forum hosted by the American Enterprise Institute for Public Policy Research, in Washington, US, January 23, 2018. /VCG Photo

Trump made the remarks at his Mar-a-Lago resort in the US state of Florida after his meeting with visiting Japanese Prime Minister Shinzo Abe.

“We have had direct talks at very high levels, extremely high levels, with North Korea (DPRK),” Trump said, pointing out that the talk goals to set up a summit between him and the DPRK leader Kim. “I really believe there’s a lot of goodwill; a lot of good things are happening.”

Trump also told reporters that five sites were currently being weighed as the venue for a meeting between him and the DPRK’s top leader Kim, which has been planned to take place in May or early June. 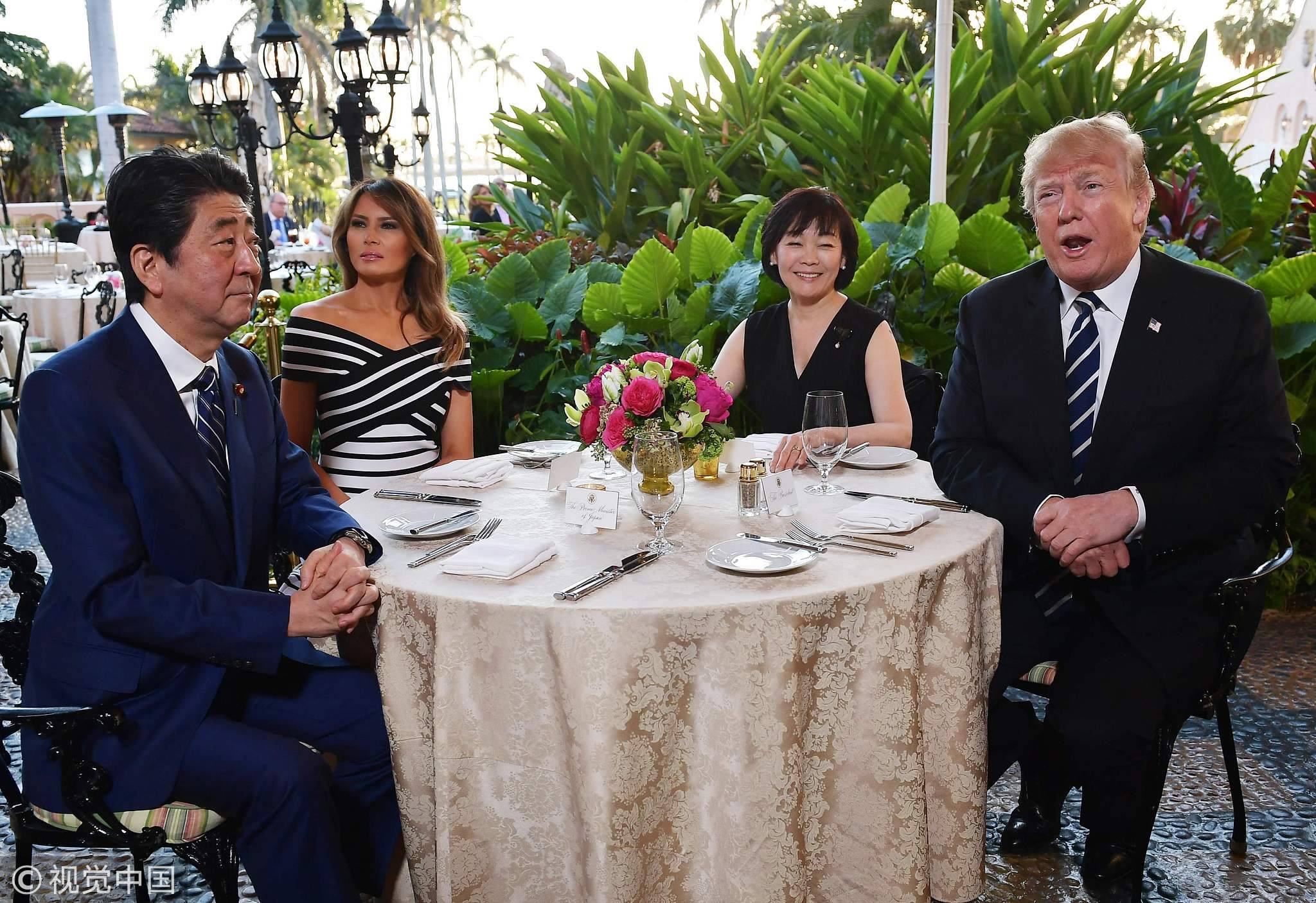 Meeting site with the DPRK

When asked by reporters if any of the sites were located in the US, Trump said “no.”

A US official said sites in Southeast Asia and Europe were among those under discussion. Kim has rarely left the DPRK.

Speculation has centered on a range of sites including Pyongyang, the demilitarized zone between the DPRK and the Republic of Korea (ROK), Stockholm, Geneva and Mongolia.

Talks between Trump and Abe are largely focused on the prospective summit with Kim as Japan seeks a US commitment that any denuclearization deal the president seals with Kim will include not just long-range missiles but those that could be aimed at Japan. 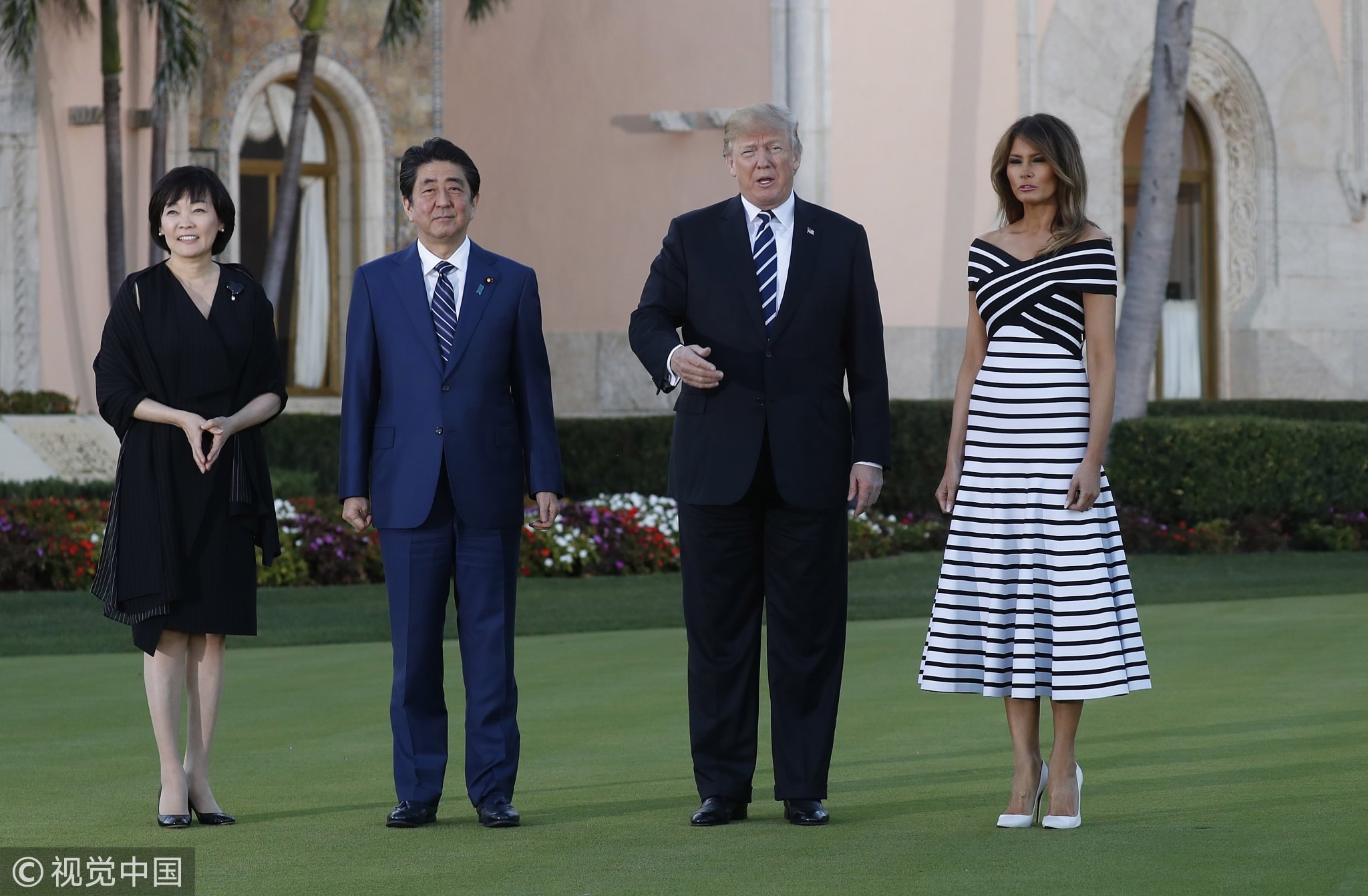 “For the North Korean (DPRK) issue, I’d like to underscore the importance of achieving the complete, verifiable, and irreversible denuclearization, as well as the abandonment of missile programs of North Korea (DPRK),” Abe told Trump.

Abe also obtained an agreement from Trump to bring up the issue of Japanese nationals abducted by the DPRK, a highly emotive issue for the Japanese.

Trump stressed that the two sides in this week’s talks were unified.

“Japan and ourselves are locked, and we are very unified on the subject of North Korea (DPRK),” he said.

Trump said it was possible that diplomatic efforts to arrange a Kim summit would fall short and if it does not happen, the United States and its allies would maintain pressure on Pyongyang through sanctions.

“It’s possible things won’t go well and we won’t have the meetings and we’ll just continue to go on this very strong path we have taken,” he said.

Tension on the Korean Peninsula has thawed in recent months. Seoul and Pyongyang have agreed to hold a summit on April 27, the first meeting between the leaders of the two sides in 11 years.

Scotland independence referendum by end of 2023

Bulgaria will not stop wave of refugees if Turkey opens its...