Russian President Vladimir Putin on Tuesday launched the construction of Turkey’s first nuclear power station and vowed to accelerate the delivery of air defense systems to Ankara, in a new tightening of an increasingly close alliance that has alarmed NATO.

Putin held several hours of talks with his Turkish counterpart Recep Tayyip Erdogan on the first of a two-day visit to Ankara that will see the two strongmen leaders joined on Wednesday by Iranian President Hassan Rouhani for a summit devoted to Syria. 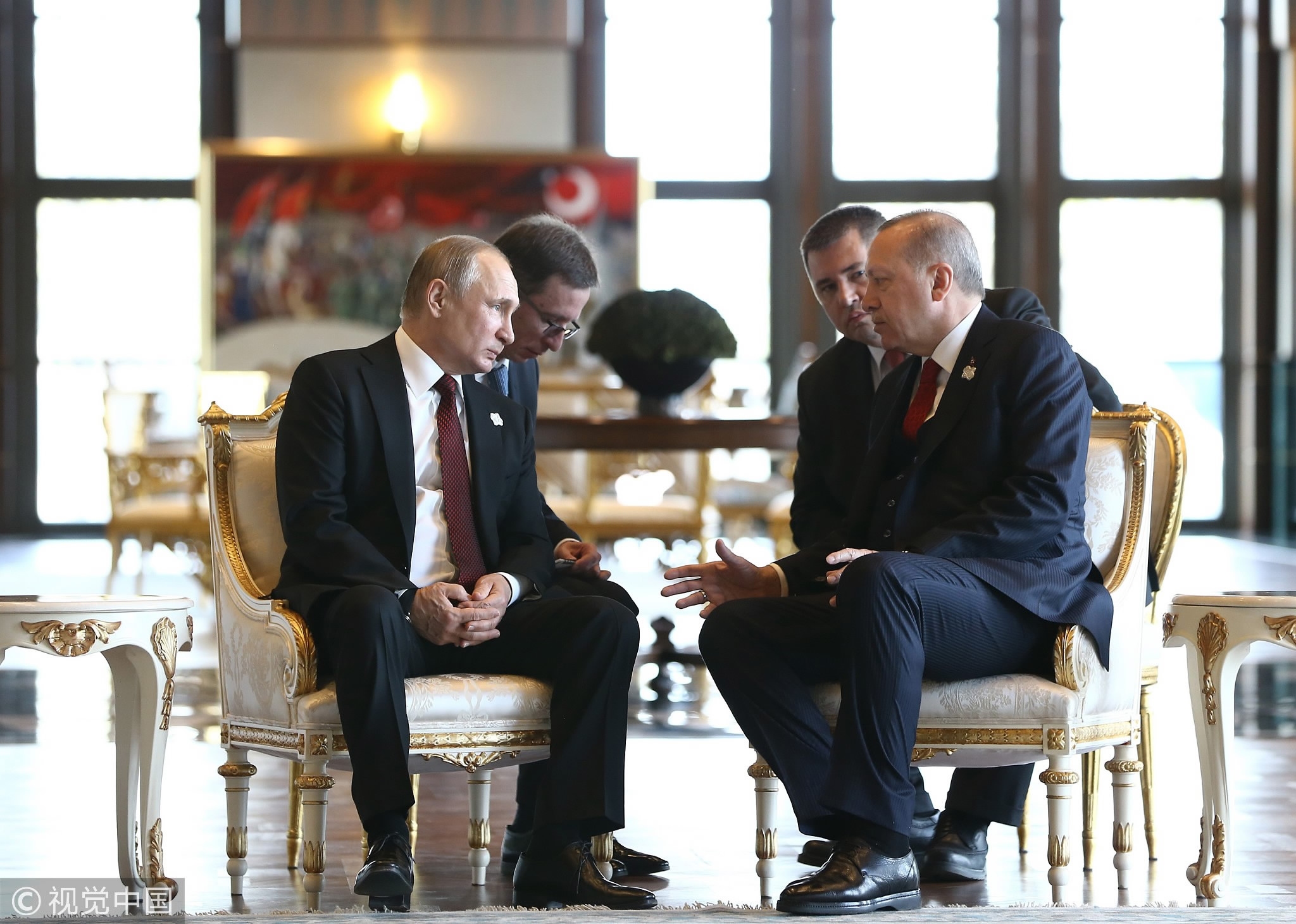 President of Turkey, Recep Tayyip Erdogan (R) and President of Russia, Vladimir Putin (L) are seen during their meeting at the Presidential Complex in Ankara, Turkey, April 3, 2018. /VCG Photo

Their meeting in Ankara opened with Putin and Erdogan, via video conference, talking about the construction of a nuclear power station in the Mediterranean Mersin region, a 20 billion US dollar project that will come to fruition in half a decade.

Putin then said he and Erdogan had decided to “speed up” the delivery of S-400 air defense missile systems to Ankara, a purchase that has raised concerns among Turkey’s NATO partners.

Russian officials had said in December that the first deliveries in the two billion US dollar deal were likely to begin at the end of 2019 or beginning of 2020.

Putin and Erdogan – who have both led their post-imperial states out of economic crisis but also into a new era of confrontation with the West – have forged an increasingly close alliance in recent months. 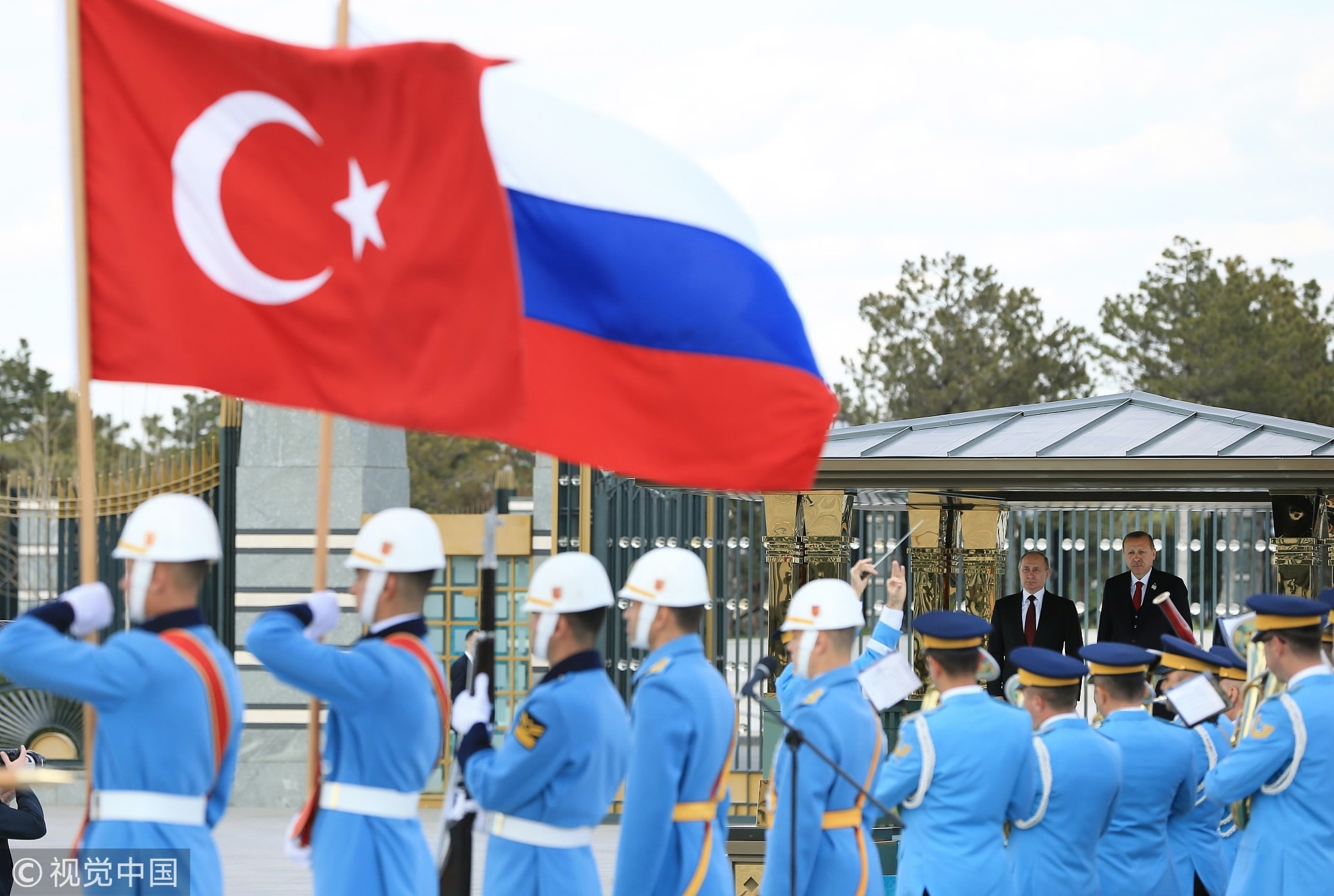 In a sign of the importance of the partnership, Putin’s visit to Turkey is his first trip abroad since he won a historic fourth presidential mandate in March 18 polls.

Putin said he hoped a planned meeting of the global chemical weapons watchdog would help to defuse a major diplomatic row triggered by the poisoning of a former Russian double agent in England during a news conference in Ankara.

“We have raised 20 questions for discussion (at the meeting). I hope that during this discussion a final line on what has happened will be drawn,” Putin said

At Moscow’s request, the Organization for the Prohibition of Chemical Weapons (OPCW) will hold a special session on Wednesday in the Hague on the Salisbury poisoning. 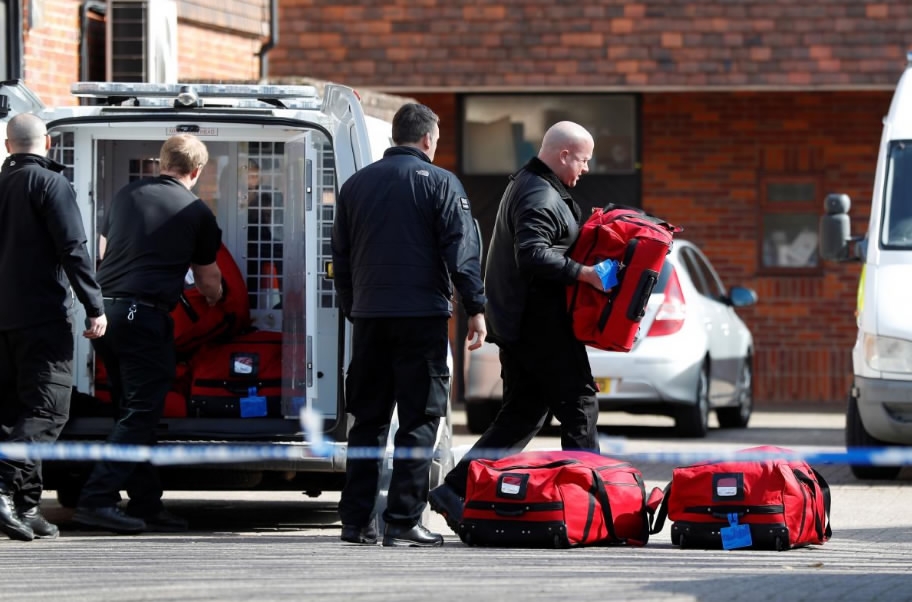 Moscow has said it wants to take part in the official British investigation into the poisoning.

“We are interested in a full-fledged investigation. We want to be allowed into this investigation and we count on receiving relevant materials as the issue involves citizens of the Russian Federation,” Putin said.

The OPCW’s executive council which will meet on Wednesday has 41 members, including Russia and Britain. Any decisions must be approved by two thirds of members, which is generally difficult to achieve.

Diplomats say Russia will repeat its wish to be involved in the testing of the Salisbury samples and that it will otherwise not accept the outcome of testing done by the OPCW laboratories. 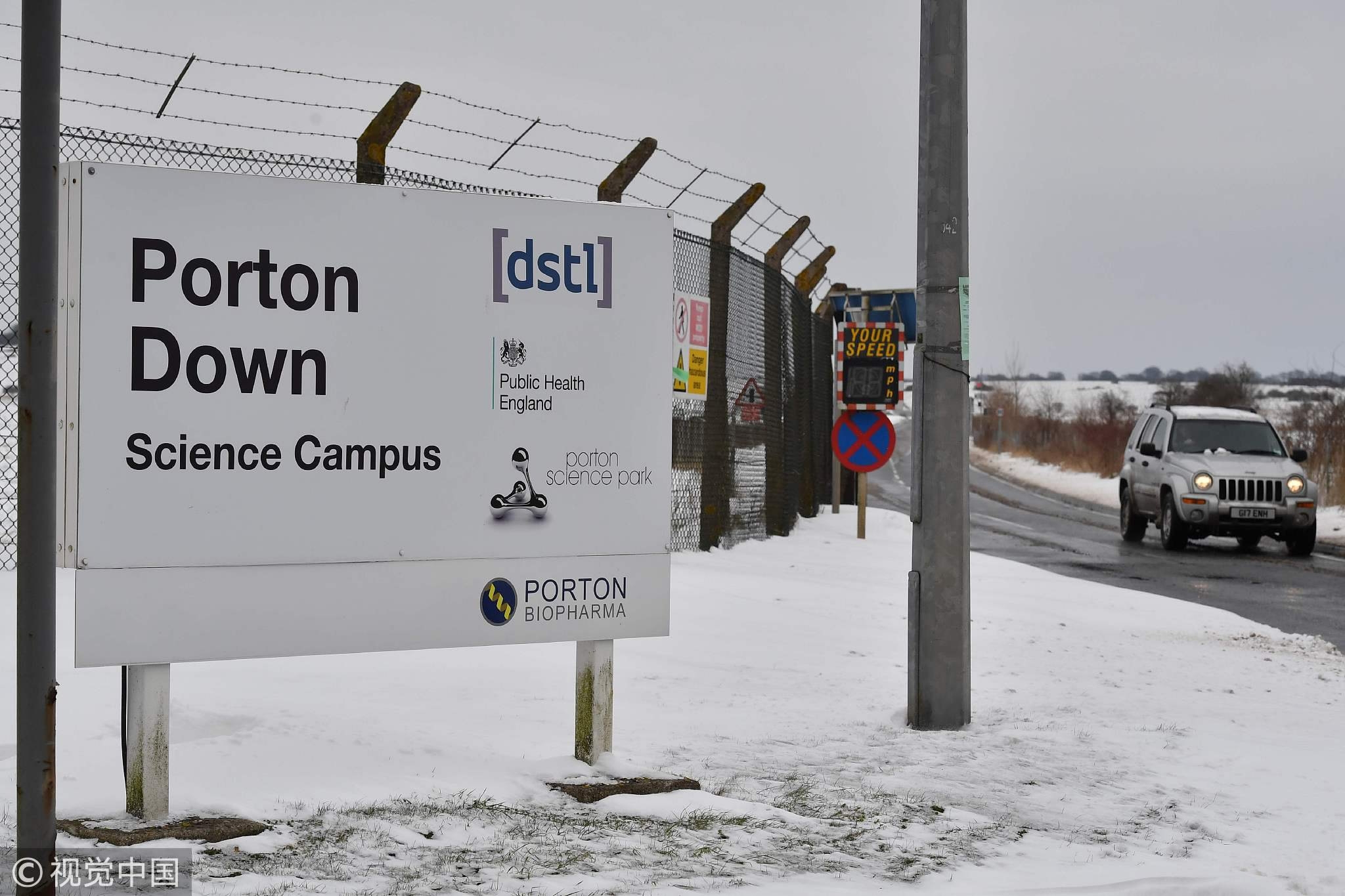 A picture shows the entrance to the Porton Down science park that houses Britain’s Ministry of Defense’s Defense Science and Technology Laboratory in the village of Porton, near Salisbury, in southern England, March 19, 2018. /VCG Photo

Meanwhile, Britain’s Porton Down Defense Science and Technology Laboratory  where samples collected in connection with the investigation, announced on Tuesday that they have been unable to identify the source country of the poison used against Sergei Skripal and his daughter.

However, Gary Aitkenhead, the chief executive of the laboratory claimed the substance required “extremely sophisticated methods to create, something only in the capabilities of a state actor.”

“We are continuing to work to help to provide additional information that might help us get closer to (the source) but we haven’t yet been able to do that,” he added.

If US can build a wall, we can keep out athletes...

Anxious WHO implores world to ‘do it all’ in long war...

WTO chief says she hopes there will be no UK-EU trade...