NATO is assessing a request from the alliance’s military authorities to send more troops to Afghanistan and will make a decision on the scale and scope of the mission within weeks, Secretary General Jens Stoltenberg said on Wednesday.

The request for what Stoltenberg said was “about a few thousand” more troops reflects the West’s alarm about the worsening security situation in Afghanistan, territorial gains by Taliban militants and military and civilian casualties. 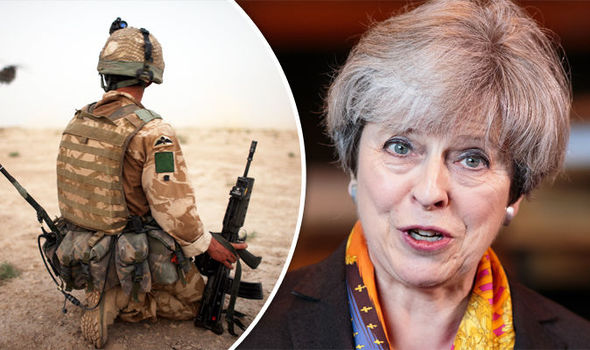 “We are now assessing that request. We will make decisions on the scale and scope of the mission within weeks but this is not about returning back to a combat operation in Afghanistan,” he said after meeting British Prime Minister Theresa May.

NATO already has some 13,450 troops in Afghanistan, including about 6,900 U.S. military personnel, who are training the Afghan armed forces to eventually take over the country’s defence and security and Stoltenberg stressed that any new arrivals would not be in a combat role.

“It will continue to be a train, assist and advise operation,” he added.

A decision could be taken by NATO defence ministers in June, according to an alliance official. The NATO leaders summit in Brussels on May 25 was probably too soon, the official said.

Almost 16 years since the United States tried to topple Afghanistan’s Taliban, who had harboured al Qaeda militants behind attacks on New York and Washington, the West remains entangled in an effort to stabilise a country facing resurgent rebels.

Facing public fatigue at the long-running conflict, the North Atlantic Treaty Organisation has sought to progressively reduce its presence in the country by building up the country’s armed forces, notably creating an Afghan air force.

However, loss of territory to Taliban and Islamic militants, a rise in civilian casualties and a fall in the number of Afghan security forces have led the U.S. administration under President Donald Trump to review Afghanistan policy.

Over the past 18 months, Taliban insurgents have twice succeeded in seizing the northern town centre of Kunduz for brief periods and the latest fighting underscores the challenge Afghan forces face to quell the insurgency.

According to the United Nations, 583,000 people fled their homes due to conflict in 2016, the highest number of displacements since records began in 2008.

U.S. National Security Advisor H.R. McMaster visited Kabul in April to assess the situation, days after the U.S. military dropped one of the largest conventional weapons ever used in combat during an operation against Islamic State militants in eastern Afghanistan.

“I strongly believe that the best answer we have to terrorism, the best weapon against terrorism, is to train local forces to fight terrorism, to stabilise their own country,” Stoltenberg said.

Netanyahu pleads not guilty to corruption as trial resumes

Algeria wants France to apologize for colonial past