Audacious coups by Andy Murray and Angelique Kerber have transformed the tennis landscape and they will begin 2017 eyeing the kind of domination that few would have thought possible at the start of a seismic year.

With the so-called big four in men’s tennis crumbling, the 29-year-old Murray emerged to seize power, winning the Wimbledon title and the Olympic gold medal before a relentless late-season charge toppled Novak Djokovic from his pedestal.

Kerber loosened Serena Williams’ grip on the women’s game, reaching three grand slam finals and winning two of them, beginning against Williams at the Australian Open when she became Germany’s first major winner since Steffi Graf in 1999. 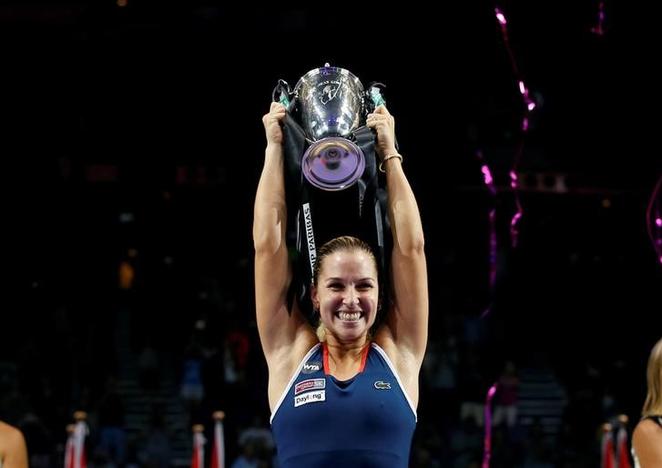 Both Murray and Kerber ended 2016 as world number ones. Yet back in January Djokovic and Williams looked immovable.

“I feel like I’ve been here before,” Murray quipped after a fourth defeat in a Melbourne final to Djokovic.

Djokovic downed Murray again to win a rain-lashed French Open in June, taking his haul of majors to 12 and meaning he held all the sport’s crown jewels simultaneously.

What is more, with Roger Federer and Rafael Nadal nursing injuries and Murray seemingly under his spell Djokovic’s path to the first calendar-year grand slam since Rod Laver in 1969 looked inviting.

But the wheels fell off at Wimbledon.

Big-serving American Sam Querrey ambushed Djokovic in the third round — snapping his run of 30 consecutive wins in slams.

It opened the door for Murray and when Milos Raonic outlasted Federer in the semi-final it meant the Briton would start his 11th grand slam final as favourite.

Raonic, the first Canadian man to reach a major final, brought his huge power game to Centre Court but Murray shrugged him off with a classy straight sets victory.

Afterwards Murray spoke of his aim to dethrone Djokovic in the rankings — something that had seemed nigh on impossible when he trailed by 8,000 points in the Spring.

A weary defeat by Japan’s Kei Nishikori followed in the U.S. Open quarter-finals and Djokovic, who wept after losing to Del Potro in the first round of the Olympics, seemed to have recovered his mojo.

But Djokovic ran into an inspired Stan Wawrinka in a raucous final that saw the Swiss repeat the savagery he inflicted on him to win the 2015 French Open.

Murray, back in harness with coach Ivan Lendl, steamed through the rest of the year, reeling in Djokovic with titles in Beijing, Shanghai, Vienna and Paris before crowning his number one status by thrashing the Serb to win the ATP Tour Finals.

With Djokovic beclamed, Federer now in his mid 30s and out of the top 10 and Nadal’s chances of a 15th grand slam title receding, Murray’s challenges may come from new directions in 2017 with the likes of Raonic and Nishikori joined by young guns Alex Zverev and Nick Kyrgios as major contenders.

Kerber burst from the pack chasing Williams to stun the American in a thrilling Australian Open final, depriving the American of the 22nd major that would have tied her with Graf.

Williams fell short again when she lost to Spain’s Garbine Muguruza in the French Open final but finally matched Graf when she beat Kerber to win a seventh Wimbledon crown.

Her hopes of a 23rd were dashed at the U.S. Open where she suffered a semi-final defeat by Karolina Pliskova and she was to end her year early.

That defeat sealed Kerber’s rise to number one in the rankings and the 28-year-old German rubber-stamped her status with victory over Czech Pliskova in the final.

As thoughts turn to a new season, the sport’s organisers can only hope to be spared the controversies that blighted 2016 in the form of match-rigging allegations and former world number one Maria Sharapova’s doping suspension.

Sharapova’s two-year ban for testing positive for Meldonium was reduced on appeal in October and she will return in April to add another fascinating plotline.

After ‘no hell’ report, Pope gives the devil his due