Indian Prime Minister Narendra Modi was on Wednesday greeted by hundreds of protesters in London, as he prepared to sign deals worth 1 billion British pounds (1.42 billion US dollars) with the UK.

Modi, in Britain for the Commonwealth Heads of Government meeting, was also expected to confirm the new India-UK Trade Partnership, which London said “will seek to improve the accessibility of trade for businesses in both countries” as Britain leaves the European Union next year.

The government said the investments would create or safeguard 5,750 British jobs.

British Prime Minister Theresa May, who is hoping to secure a free trade agreement with India after Brexit said: “Our trade partnership is showing how we can remove barriers to increase trade between our two countries.”

Total trade in goods and services between Britain and India was 18 billion British pounds in 2017. 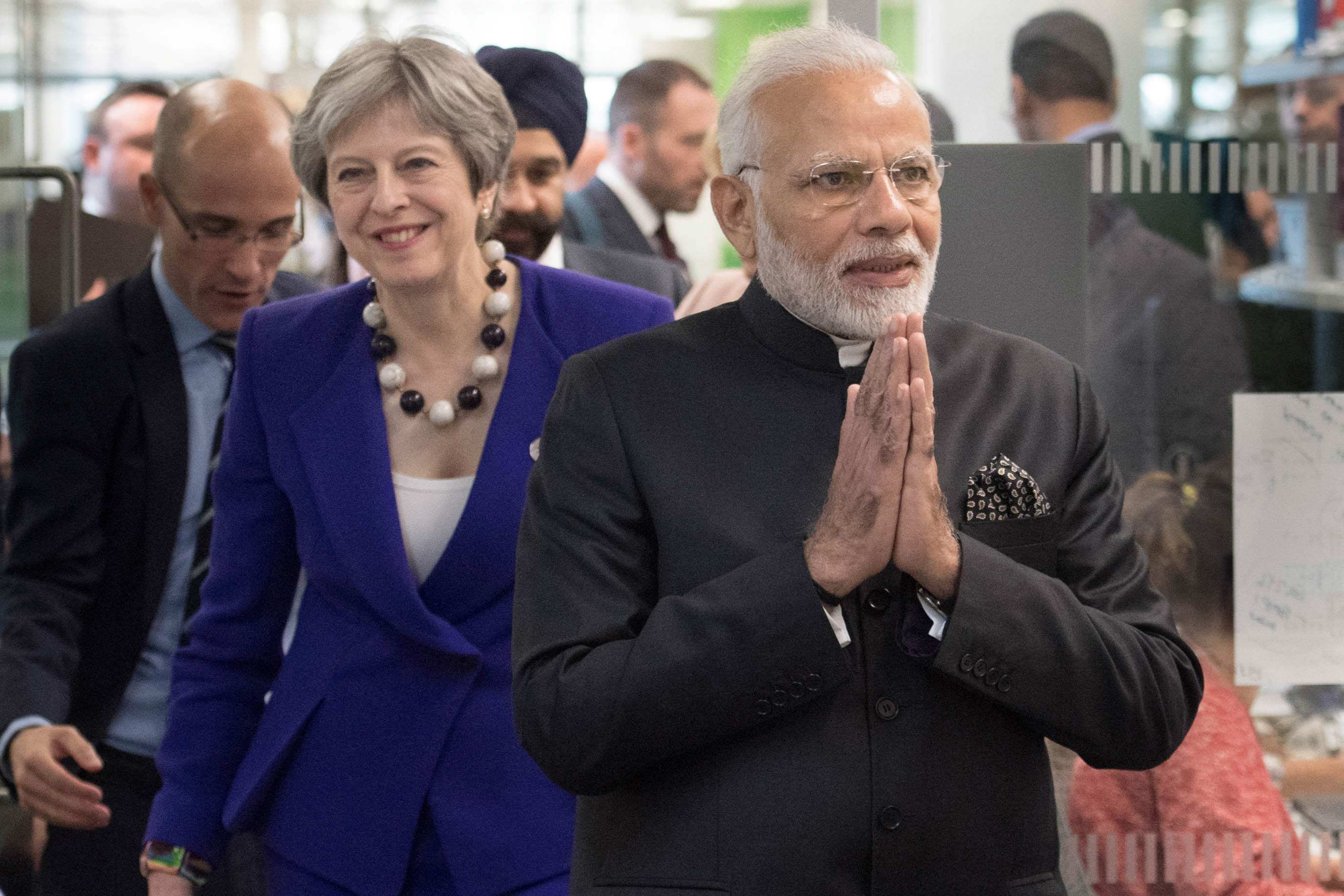 But Modi’s visit was not without controversy, as several hundred protesters greeted him noisily outside parliament.

The demonstrators were mostly Muslims and Sikhs calling for an end to “religious persecution”. Protesters chanted “Modi go back” and “Modi is a terrorist”.

Kashmiri separatists held aloft flags, while others displayed posters depicting an eight-year-old Muslim girl, who was raped and murdered earlier this year in a brutal attack blamed on Hindu men.

Other demonstrators included Sikhs demanding independence. “Lots of different groups are here,” said Dupinder Jit, a Sikh businessman. “What is happening in Modi’s regime is unacceptable, he is killing minorities.”

Modi later responded at an event in front of thousands of Indians, saying the rape cases were “a matter of great concern”, had brought “a shame” on the country and called for the perpetrators to be outed.

“Rape is rape … How can we accept this?” Modi said through a translator at a diaspora event, adding that people needed to ask more questions of the perpetrators.

Modi’s comments on Wednesday followed remarks last week, which came after a week of silence on the issue and promised justice regardless of whoever the guilty were.

[Cover Photo: Member of various groups join together in protesting against India’s Prime Minister Narendra Modi and discrimination against religious minorities, in central London on April 18, 2017, on the sidelines of the Commonwealth Heads of Government meeting. /VCG Photo]

Egypt’s Sisi re-elected with more than 90% of vote

China says strikes on Syria were against UN Charter

Pakistani cadets attend a passing out parade in Quetta