Iran and European powers have made good progress in talks to end the conflict in Yemen as Tehran has shown itself willing to push for a ceasefire and ease the humanitarian crisis there, according to officials on both sides.

The talks were launched in February as part of efforts to avert President Donald Trump’s decision to pull the US out of a 2015 nuclear deal and reimpose sanctions on Tehran.

Created on a separate track to the nuclear negotiations, they are meant to address US concerns over Iran’s regional role and show Washington that Europe could prise compromises from Tehran.

The focus has mainly been on the conflict in Yemen, where Iran and Saudi Arabia are fighting for influence. Iran denies Saudi accusations of giving financial and military support to Yemen’s Houthis in a civil war and blames the deepening crisis on Riyadh.

“Because of the humanitarian catastrophe in Yemen, we have agreed to work with Britain, France and Germany to end the conflict in Yemen,” a senior Iranian official said.

“The aim is to secure a ceasefire to help those innocent civilians. We will use our influence to bring our allies to the negotiation table.”

Three European diplomats said the talks had progressed significantly and were going in the right direction.

A Saudi-led coalition backed by the West has carried out air strikes against the armed Houthi movement in a war since 2015 to restore Yemen’s government.

More than 10,000 people have been killed and 3 million have been displaced internally and unleashed the world’s worst humanitarian crisis, the UN says. 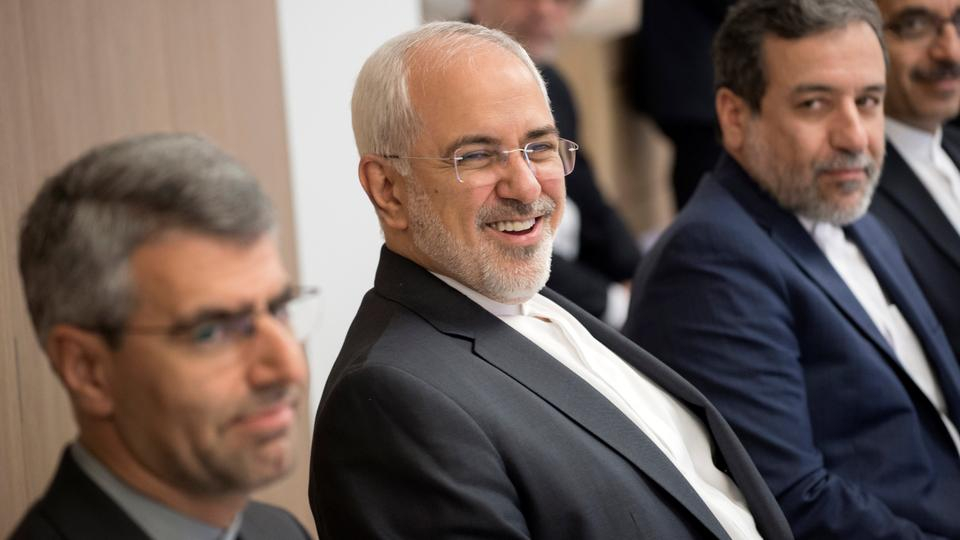 Iran’s Foreign minister Mohammad Javad Zarif attends a meeting with High Representative of the EU for Foreign Affairs and the foreign ministers of Britain, Germany and France at the EU headquarters in Brussels, Jan. 11, 2018. /Reuters Photo

Iran’s regional rivals, Israel and Saudi Arabia, welcomed Trump’s decision to drop the deal on May 8, saying that the pact failed to curb Iran’s “malign behavior in Syria, Yemen, and other places all around the world.”

In November, Iran for the first time acknowledged being involved in the Yemen conflict when Mohammad Ali Jafari, the head of its elite Revolutionary Guards, said Iran provided advisory assistances to its allies in Yemen.

To shield Iran from new US sanctions, the European powers have been pressing Tehran to be less aggressive in the region, including in the civil war in Yemen.

“The Iranians have given indications that they are now willing to offer their services to liaise with the Houthis to move forward,” said a European official, speaking on condition of anonymity.

“The Iranians are now at least recognizing there is a channel. They obviously aren’t saying they control the Houthis and they never will, but they recognize they have a certain influence on them and ready to use those channels. That’s new.”

Iran’s senior nuclear negotiator Abbas Araqchi said talks on the Yemen conflict were being held in parallel to the nuclear talks with the European signatories of the accord, under which Iran accepted to curb its nuclear work in return for the lifting of international sanctions.

“The nuclear deal is not linked to the regional issues … Iran will not hold talks on its influence in the region, except for Yemen because of the humanitarian crisis there,” Abbas Araqchi told state TV on Sunday. 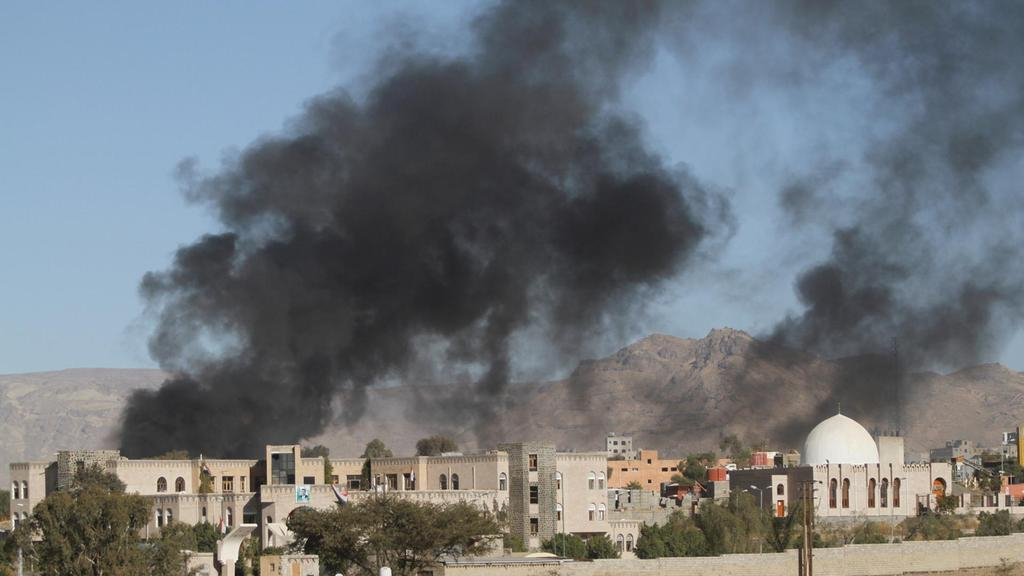 Smoke rises after an air strike on a military site in Sanaa on Jan. 11, 2018 by the Saudi-led coalition supporting the Yemeni government against Houthi rebels. /Reuters Photo

A second European official said the discussions with Iranians on Yemen were going “very well.”

“They (Iranians) are telling us they are ready to work on the ceasefire, but they say the Saudis aren’t ready. So it’s a bit of a chicken and egg scenario. We need this now to get into something concrete,” said the second official.

Neither Saudi, Yemeni or Houthi officials responded to requests for comment.

Washington, Paris and London all back Riyadh in its intervention in Yemen and all supply weapons and intelligence to Saudi Arabia.

“This is a humanitarian effort … The issue has almost been solved. We are working on a framework,” said another Iranian official.

Araqchi said Iran and European powers will meet in mid-June in Brussels to further discuss the Yemen conflict.

France, which has stressed the importance of supplementing the nuclear deal with substantive talks on other issues, is due to co-host an international conference on Yemen with Saudi Arabia in Paris in June to assess aid needs for the country and possibly contribute to reviving UN-backed peace talks.

However, it is unclear how talks between Iran and the European parties of the deal would fit into the UN Yemen mediator Martin Griffiths’s efforts.

Griffiths said in April he wanted to present a plan for negotiations within two months to end the conflict, but warned that any new military offensives could “take peace off the table.”

Pakistan and Russia warn of increasing Daesh presence in Afghanistan

EU caught in middle of power struggle to find next leader