At an age when most people are enjoying retirement, India’s oldest chief minister Virbhadra Singh is on the campaign trail, one of a number of ageing men still clinging to power in the youthful country.

At 83 he is hoping to snare a seventh term at the helm of Himachal Pradesh, when the mountainous north Indian state that he has ruled for years goes to the polls on Thursday. Singh, a stalwart of the Congress Party that has held national power for much of independent India’s history, is far from alone.

Around two-thirds of India’s population is aged under 35, making it one of the youngest countries on earth. But many of the its top regional leaders are elderly products of a quasi-dynastic system of rule that took root in the twentieth century and now appears at odds with its youthful population.

Earlier this year the neighboring state of Punjab, home to 28 million Indians, voted out its 89-year-old five-time chief minister Parkash Singh Badal. His successor, Amarinder Singh, is the 75-year-old scion of a family that once ruled the princely state of Patiala – now part of Punjab.

Virbhadra Singh is himself descended from the royal family that ruled a part of Himachal Pradesh until Indian independence, and admits that his heritage has helped his political career. “The people respect me. They respect my family and lineage,” he told AFP during a brief break from campaigning in the state, where campaign hoardings refer to him as Raja Sahib – a royal title.

Nistula Hebbar, political editor of The Hindu daily, said older candidates had a natural advantage because personal relationships were still hugely important in getting things done on the ground. “As a society, we are a gerontocracy that still worships the grey and considers its advice sagely. And this clearly reflects in our politics too,” Hebbar told AFP.

“Our state’s poor record in delivery (of services) also ensures that the personal networks and relationships nurtured by politicians over a long time are still trusted more by the people over youth and the system.” 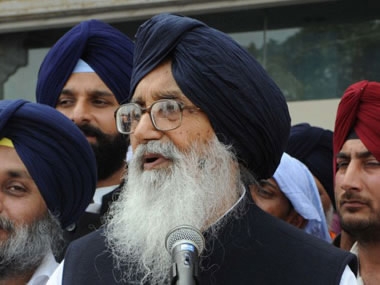 Most of India’s leaders do not have royal titles, but a large number are the products of political dynasties that have proved remarkably resilient. At 94, Muthuvel Karunanidhi, five-time former chief minister of the southern state of Tamil Nadu, remains a key political player as leader of the opposition DMK party.

His 64-year-old son, M.K. Stalin, is positioning himself as the political heir – and appears to have met little popular resistance. Meanwhile campaigning for elections in India’s most populous state Uttar Pradesh was dominated by a bitter intergenerational power struggle earlier this year.

Akhilesh Yadav, 44, carried out a hostile takeover of the regional Samajwadi Party formed by his 77-year-old father, Mulayam Singh Yadav – a maneuver that some termed political patricide.

Rahul Gandhi – himself a member of India’s most famous ruling dynasty – is reported to have tried to push for younger regional leaders after his Congress Party suffered a heavy defeat to the Bharatiya Janata Party in the 2014 national election.

But he was eventually forced to back down in the face of stiff internal resistance. His 70-year-old mother Sonia remains party president despite persistent rumors of her imminent retirement.

“Sadly, we don’t believe in graceful retirement or riding into the sunset after a well-played innings,” said veteran Indian journalist Kanchan Gupta. “Also linked to this is the fact that our politics is about patronizing and favor dispensation. It is all about why I am voting for someone and what I can get out of it, said Gupta.

The views of voters at a rally for Singh in Paonta Sahib, an industrial town in Himachal Pradesh, appear to bear that out.

“We back anyone he says as he is someone who stays reachable and gets our issues resolved even when other local officials don’t listen,” one told AFP. At the end of a packed day the octogenarian appeared tired, but he insisted he could still cope with the grueling demands of the campaign trail.

Besides, at 73 his main challenger, Prem Kumar Dhumal of the nationally ruling Bharatiya Janata Party, is no spring chicken either. “I still campaign with all my seriousness and participate til the very last program,” Singh told AFP. “Whatever I do, I do it slow and steady.”

At least 8 journalists injured by Israeli security forces in Jerusalem...

US is greatly downplaying the size of the Afghan Taliban

Germany tells Britain to ‘stop the games’, time running out for...