A handover ceremony was held between authorities of Guangdong Province and Macao Special Administrative Region (SAR) at the Hong Kong-Zhuhai-Macao Bridge (HZMB) at midnight on Thursday, after which Macao officially took charge of its boundary crossing facilities.

Representatives from the Guangdong provincial border control troops presented a model of an HZMB artificial island to Macao’s customs as a symbol of the handover. 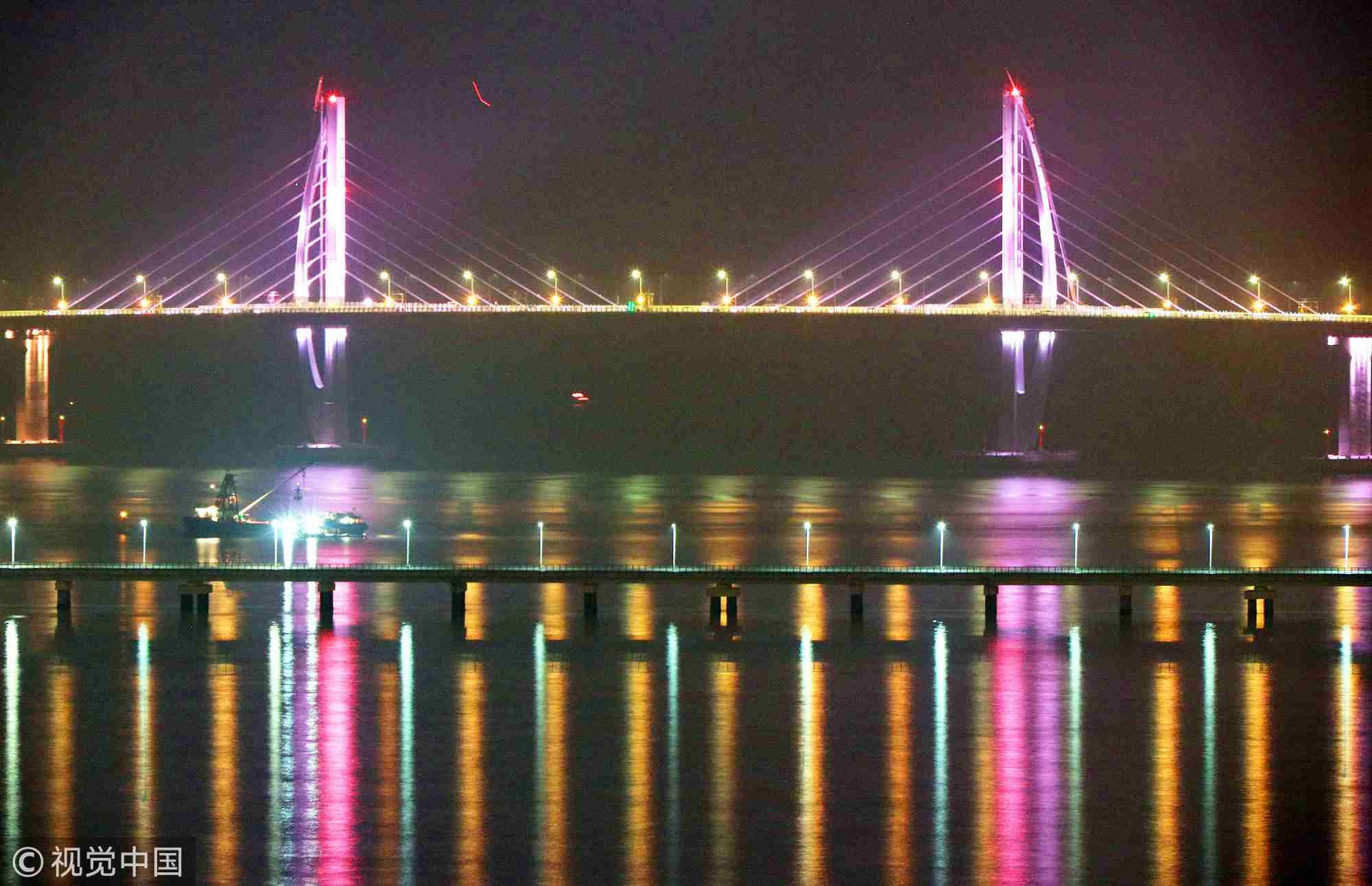 The night scene of the Hong Kong-Zhuhai-Macao Bridge. /VCG Photo

After the ceremony, personnel from Macao’s customs, police, fire service, transport and other bureaus were deployed to the boundary crossing area and began their work, preparing for the bridge’s final operation, which is yet to be announced.

The 55-kilometer-long HZMB is the world’s longest sea-based project, connecting the three places. Construction of the bridge’s main body was completed at the end of 2017.

Once in operation, the bridge will shorten the driving time from either Zhuhai or Macao to Hong Kong from the current three hours to 30 minutes.

3 million Britons sign petition to stop Brexit and remain in...

Britain wants to vaccinate all adults before sharing vaccine with other...

20 years on, mass shooting epidemic continues in US