At least seven rebels and an Indian army soldier were killed in separate gun battles, sparking anti-India protests in India-administered Kashmir even as Indian army targeted a rebel’s funeral, killing a civilian and wounding two others.

At least seven rebels and an Indian army soldier were killed in gun battles in Indian-administered Kashmir, triggering violent protests by residents opposed to Indian rule, officials said on Saturday.

A young man was shot dead when Indian army fired on a rebel’s funeral later on Saturday.

Army soldiers and Indian police cordoned off a neighbourhood in the suburbs of southern Shopian town overnight, leading to an exchange of fire with rebels, police said.

One rebel was killed overnight while four more died early on Saturday.

The fighting sparked protests and clashes as hundreds of residents tried to march to the site of the battle to help the rebels escape.

STRONGLY CONDEMN THE KILLING OF CIVILIAN IMTIAZ AHMED BY FORCES IN SHOPIAN &INJURING OF DOZENS.DEEPLY SADDENED BY THE MARTYRDOM OF FIVE YOUNG ARMED BOYS KILLED BY INDIAN FORCES.OUR YOUNG GENERATION GETTING CONSUMED BY CONFLICT WHILE NO EFFORT BY WORLD COMMUNITY GET IT RESOLVED

Later, the Indian army descended on a village where thousands had gathered to participate in the funeral of a rebel killed along with four others, leading to more protests.

A young man was killed and two other people wounded when the Indian army fired at the funeral, officials and witnesses said.

Separately, two rebels and a soldier were killed in the northwestern Sopore area on Friday, authorities said.

Meanwhile, security guards posted at the residence of Farooq Abdullah, India’s member of parliament and Kashmir’s former top elected official, shot and killed a young man after he allegedly forced his entry into the residence on Saturday, top police officer SP Vaid said.

Abdullah was not at the residence.

The slain man’s family rejected the police version of the incident, saying that the residence was not on his route to the gym where he had gone in the morning. They sought an independent probe. 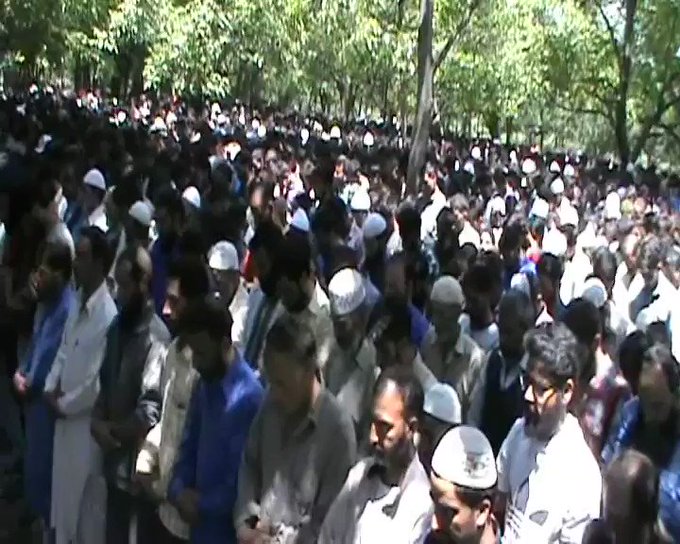 Support for rebel cause

Nuclear-armed India and Pakistan each administer part of Kashmir, but both claim it in its entirety.

Most Kashmiris support the rebel cause that the territory be united either under Pakistani rule or as an independent country while also participating in civilian street protests against Indian control.

In recent years, mainly young Kashmiris have displayed open solidarity with rebels and sought to protect them by engaging troops in street clashes during military operations.

Rebels have been fighting Indian control since 1989. India accuses Pakistan of arming and training the rebels, a charge Pakistan denies.

Nearly 100,000 people have been killed in the uprising and the ensuing Indian military crackdown.

Hong Kong could postpone election by a year due to virus