The fighting erupted after several groups of militants attacked an artillery battery of the Syrian army in the province of Deir ez-Zor at night, the ministry said. 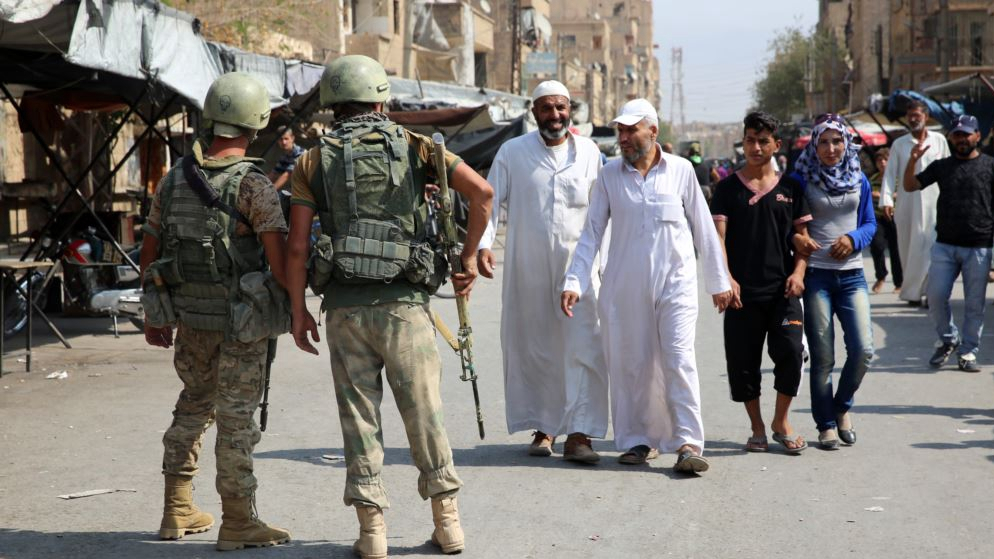 Russian soldiers stand guard in a central street in the eastern Syrian city of Deir al-Zor in September 2017. /AFP Photo

The Syrian and Russian troops fought the militants for about one hour and killed 43 militants and destroyed six cross-country vehicles armed with large-caliber weapons, according to the ministry.

Russia has been participating in the fight against the Islamic State and insurgent groups in Syria since September 2015 at the request of Syrian President Bashar al-Assad.

Russian servicemen and military facilities in Syria have been attacked by militants several times, causing a number of deaths.

US religious freedom board urges for India’s inclusion on blacklist