A man armed with a shotgun and smoke grenades burst into a newspaper office in the US city of Annapolis on Thursday, killing five employees in what police described as a “targeted attack.”

Officials said the shooting at the Capital Gazette was carried out by a white adult male resident of Maryland state who was being questioned in custody.

The Baltimore Sun – which owns the Capital Gazette – identified the suspected shooter as Jarrod Ramos, who it said had a long-running dispute with the newspaper over a 2011 story “that covered a criminal harassment case against him.”

Police said the suspect is believed to have acted alone and there are “no further threats” connected with the attack.

“This was a targeted attack on the Capital Gazette,” Krampf said.

Krampf said that police did not yet know the shooter’s motive, but “we know that there were threats sent to the Gazette through social media.” 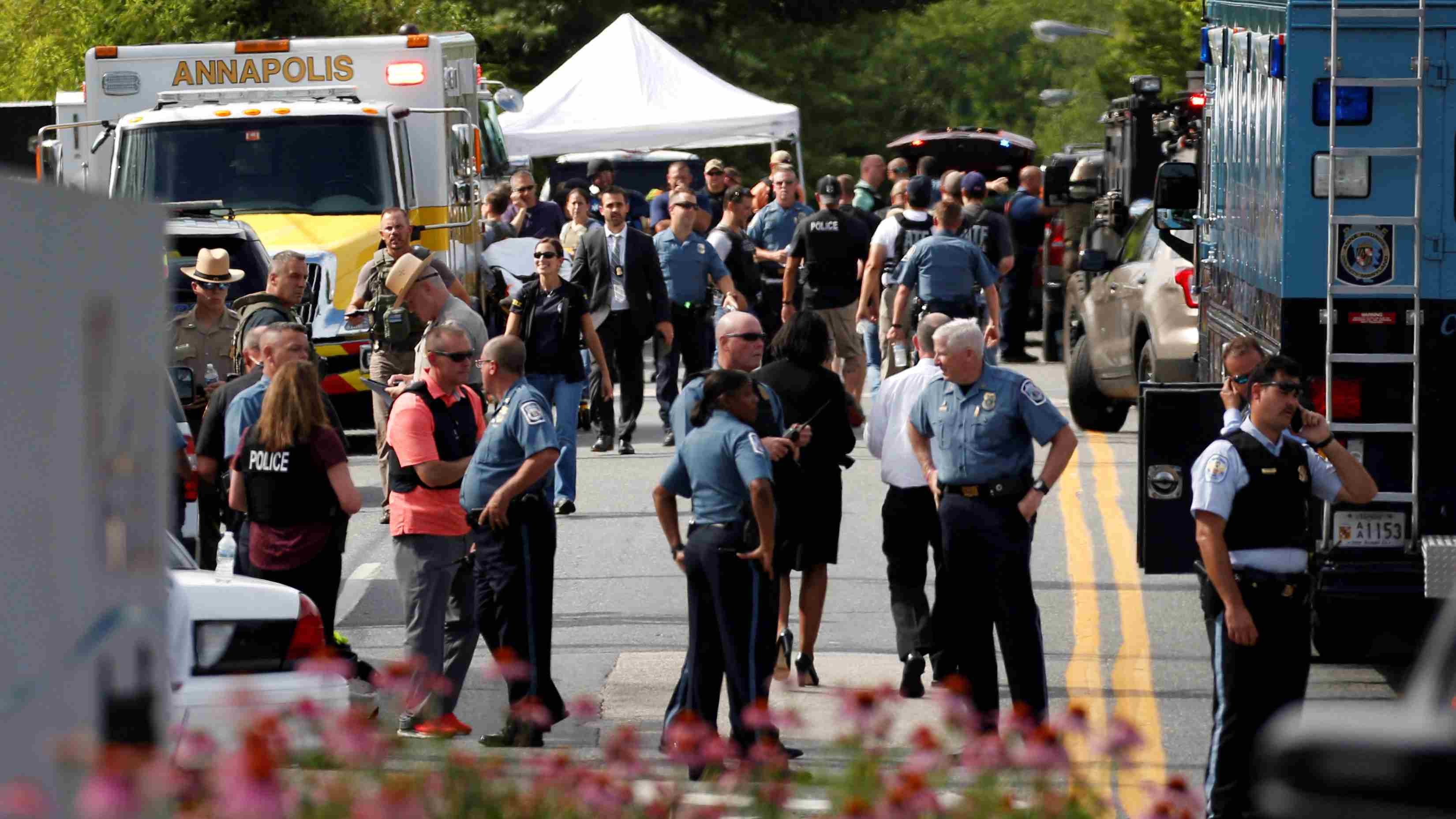 Law enforcement officials survey the scene after a gunman fired through a glass door at the Capital Gazette newspaper and sprayed the newsroom with gunfire. / Reuters Photo

A reporter for the daily, which has roots dating back to the eighteenth century, tweeted a chilling account of how the “gunman shot through the glass door to the office and opened fire on multiple employees.”

“There is nothing more terrifying than hearing multiple people get shot while you’re under your desk and then hear the gunman reload,” crime reporter Phil Davis said.

Jimmy DeButts, a Capital Gazette journalist, tweeted that he was “devastated & heartbroken. Numb.”

“I’m in no position to speak, just know @capgaznews reporters & editors give all they have every day. There are no 40 hour weeks, no big paydays – just a passion for telling stories from our community,” DeButts wrote.

Chase Cook, a reporter at the newspaper, said the shooting would not stop The Capital – the local print edition – from going to press.

President Donald Trump, who has been at loggerheads with much of the media since taking office, tweeted a message of support.

CGTN screenshot of tweet by US President Donald Trump

“My thoughts and prayers are with the victims and their families. Thank you to all of the First Responders who are currently on the scene,” he wrote.

“A violent attack on innocent journalists doing their job is an attack on every American,” White House spokeswoman Sarah Sanders tweeted.

“My heart is with the families, friends and loved ones of the victims as we learn more about this terrible situation,” Chris Van Hollen, the state’s junior senator said. “We must unite to end the violence.”

The shooting was first reported around 2:40 p.m. local time.

Read more: A history of mass shootings in the US

Pakistani army to go to ‘any extent’ over Kashmir

3 rockets fired from Lebanon in to Israel’s northern coast: IDF

Lockdown in England to be widened as cases rise, Hancock says