Bebb said the system is capable of safely clearing sea lanes of mines and could be used in the future to defeat the threat of modern digital mines following a period of successful trials.

The Ministry of Defense (MOD) said the system has been designed and manufactured by Atlas Elektronik in Dorset, England, with a 20.3 million US dollar contract.

“This autonomous minesweeper takes us a step closer to taking our crews out of danger and allowing us to safely clear sea lanes of explosives, whether that’s supporting trade in global waters and around the British coastline, or protecting our ships and shores,” said Bebb.

Easily transported by road, sea and air, the high-tech design means a small team could put the system to use within hours of it arriving in any theater of activity, added Bebb. 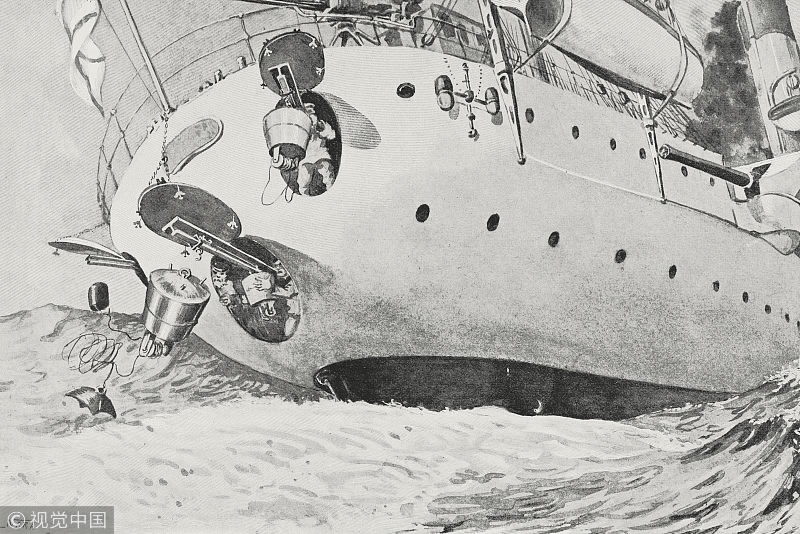 The sweeper system, which features a sense and avoid capability, could also work together with other similar autonomous systems for the common goal of making our waters safer, said the MOD.`

The project, designed to be operated from a land or ship-based control station and can be deployed from a suitable ship or port, also aims to demonstrate the viability of an unmanned system that can safely and successfully clear mines.

Brigadier Jim Morris from the Royal Marines who is senior responsible officer for the Mine Counter Measures and Hydrographic Capability (MHC) program said: “The mine sweeping system is the Royal Navy’s first fully autonomous capability demonstrator and paves the way for the introduction of this technology across the full range of maritime capabilities.”

“This autonomous system will restore the Royal Navy’s sweep capability, enabling it to tackle modern digital mines that may not otherwise be discovered in challenging mine hunting conditions.”

Zero Tolerance for violence by or against police and state institutions...

France will not ‘sacrifice’ its fishermen in any Brexit deal

Artuk Bey is behind Turkey’s successful fight against Corona Virus –...

BBC criticised by royals for ‘overblown and unfounded claims’