Finance firms should not be forced by regulators to change location after Britain leaves the European Union in 2019, Andrew Bailey, chief executive of the UK’s Financial Conduct Authority told a Reuters Newsmaker event on Thursday.

Banks, insurers and asset managers based in Britain are already making contingency plans to shift some operations to continental Europe after Brexit takes effect in case access to the EU single market is closed off.

But Bailey said Britain and the EU are in a position to preserve free trade for financial services, meaning such moves need not happen.

“Firms should be able to take their own decisions on where they locate, subject to appropriate regulatory arrangements being in place which preserve the public interest,” Bailey said, in his first major speech on Brexit since Britain triggered the formal EU divorce proceedings in March.

“Authorities should not dictate the location of firms,” he told an audience in Canary Wharf, home to some of the world’s biggest banks.

Future financial sector relations between Britain and the EU should be based on “mutual recognition” or regulatory cooperation “but not exact mirroring” of rules, Bailey said.

Frankfurt, Paris, Amsterdam, Luxembourg and Dublin are all vying for a slice of Britain’s financial services industry after Brexit. Bailey said such competition was good.

But he also said Brexit should not be used as an excuse to restrict the ability to have open markets and freedom of location.

“The roots exist to come out with sensible outcomes on this.”

Some companies have already announced plans to move people to continental European locations to retain access to the EU single market. Bailey said a transition period based on current trading arrangements was needed this year.

This would avoid a “regrettable” situation whereby firms had to “press the button” on moves to the EU before they know what the outcome of Britain’s negotiations with the bloc will be. 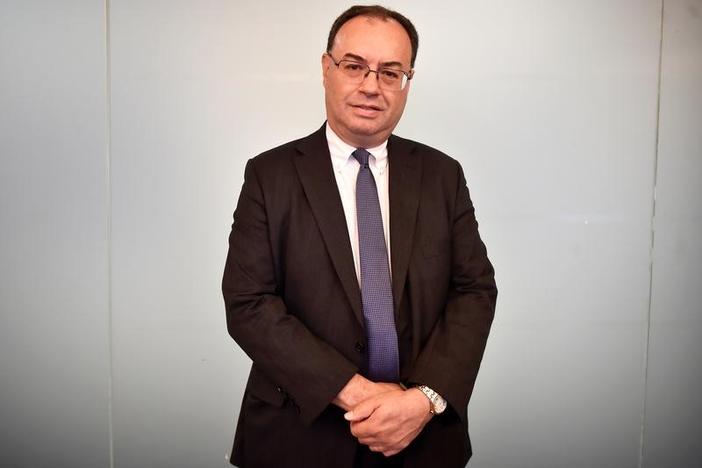 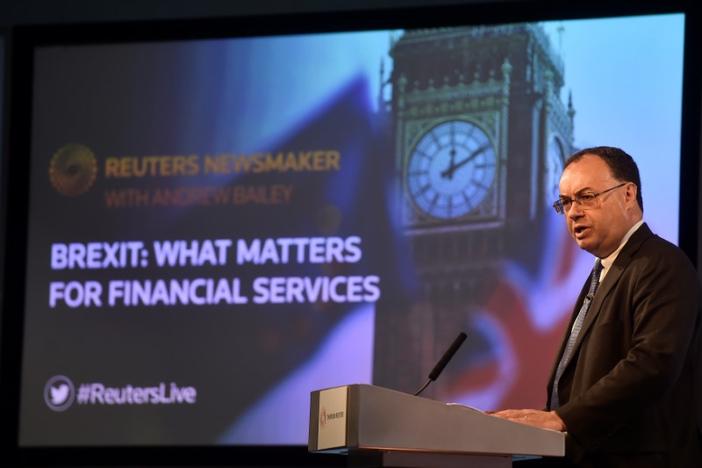 “It needs to be a sensible period,” Bailey said.

Bailey questioned whether restricting trade in this way was an inevitable or necessary response to Brexit.

“When I hear people say firms need to re-locate in order to continue to benefit from access to EU financial markets, I start to seriously wonder.”

France and other EU countries, for example, want the clearing of euro denominated derivatives, which London dominates, “located” within the EU after Brexit.

“It does not require a location policy,” Bailey said.

Joint oversight with the EU of clearing houses in London is “something that is very clearly preferable to the cost and risk that is introduced by a location based policy.”

Such joint oversight was already working well between the UK and United States regulators in clearing, he said.

He dismissed talk in the EU that given the dominance of Britain’s financial services sector, the largest in Europe, there should be specific rules for the UK, rather than the existing general regime for recognising non-EU financial firms.

“I do not accept that,” Bailey said.

Non-EU financial firms from the United States, Singapore and elsewhere can currently offer their services in the EU if their home regulation is deemed by Brussels to be “equivalent” or as tough as the bloc’s own rules.

This regime should be applied to Britain in the same way.

“It would not be the best outcome to adopt a special treatment for the oversight of outsourced service provision arrangements involving the UK and EU when there are already arrangements in place which can form the basis of an equivalence arrangement,” Bailey said.

NO RACE TO THE BOTTOM

Britain was not interested in a “race to the bottom” in regulation after Brexit, he said.

Britain has worked hard over the years to build up relations with EU and national regulators across the bloc, he said, though he conceded that he was already being locked out of EU regulatory discussions about Brexit.

“It’s perfectly reasonable … It does not concern me.”

There are already fears that asset managers in Britain will be prevented from managing funds based in the EU after Brexit, but Bailey said this longstanding cross-border “delegation” should continue.

“It works well today. There is no reason to disrupt that model,” Bailey said.

Critics of Brexit have said that Britain will end up being a “rule taker”, meaning it will have to copy and paste the bloc’s rules into UK law if it wants to maintain access in financial services.

“I don’t want to be in a situation where we become a pure rule taker,” Bailey said.

China says it will sanction US companies in Taiwan fighter jet...