Leaders of the 28 European Union member states are gathering in Brussels on Thursday and Friday at a tense moment for a bloc deeply divided over migration and eurozone reform.

“The stakes are very high and time is short,” European Council President Donald Tusk warned leaders in an open letter sent ahead of the meeting.

The outcomes of the European Council talks – dubbed the “mother of all summits” by one EU official speaking to AFP – on migration are crucial for German Chancellor Angela Merkel and, potentially, the very future of the EU. 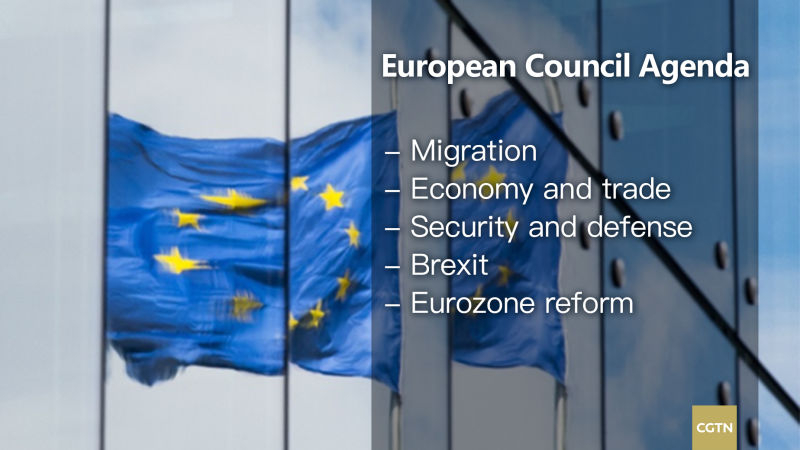 The summit comes at a crisis point for Germany’s Merkel, with domestic concerns playing directly into the meeting’s outcomes. The Christian Social Union (CSU), one of her partners in coalition, has given her a deadline of July 1 to find a solution to its concerns over migration. If she fails to find an answer – probably involving bilateral migrant deals with other countries – to placate her interior minister Horst Seehofer, the CSU chairman, he has threatened to shut Germany’s borders.

Such a policy would trigger a domino effect across the EU starting with Austria, the BBC reported, undermining the open borders of the Schengen area. Furthermore, for Seehofer to implement a crackdown in defiance of Merkel would likely lead to his sacking and end the coalition.

Potential good news for Merkel came on Wednesday, when the Financial Times reported that Greek Prime Minister Alexis Tsipras was open to a deal to make it easier to send asylum seekers back to other European countries. 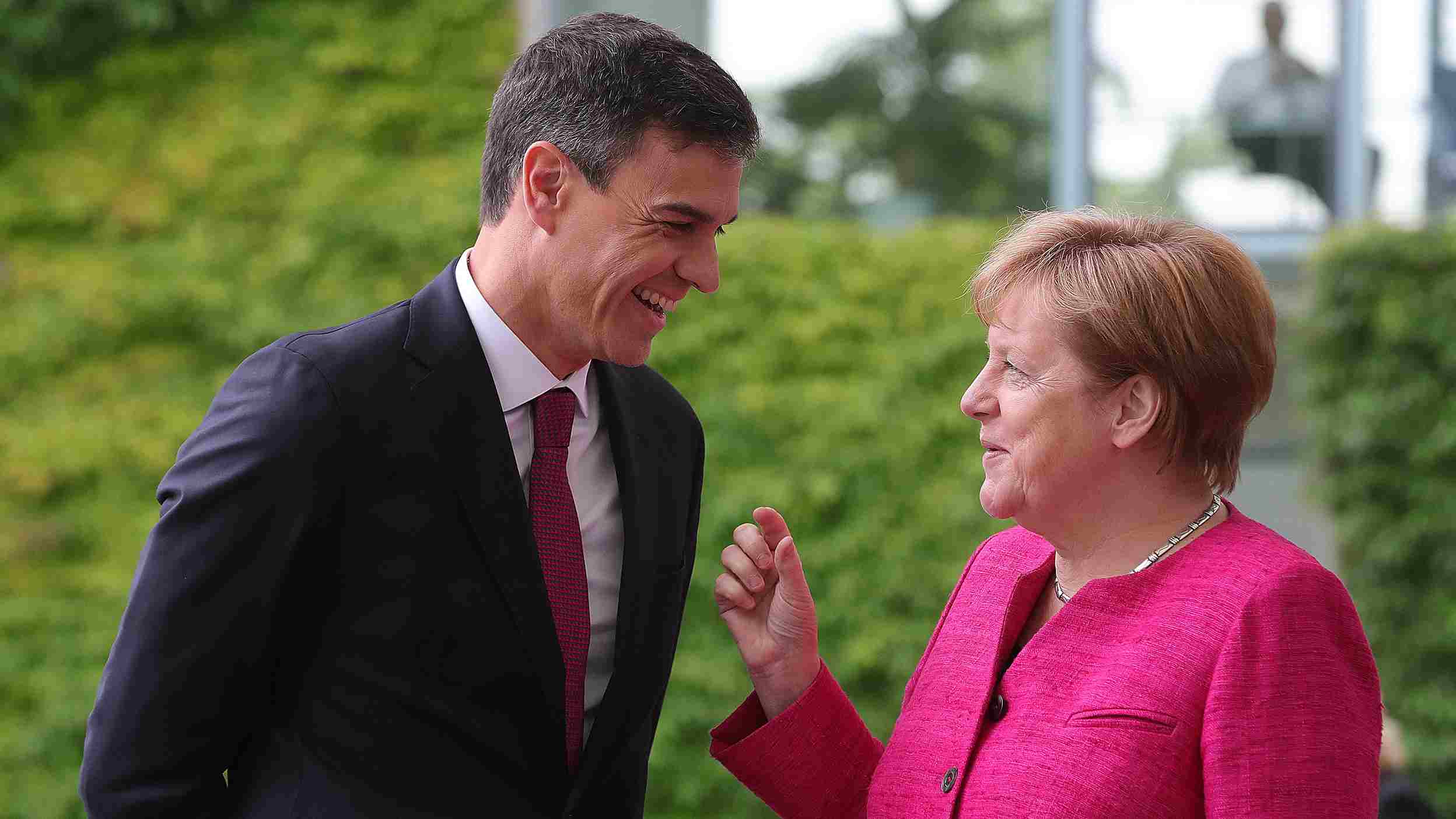 It will be the first European Council for Spanish Prime Minister Pedro Sanchez and Italian Prime Minister Giuseppe Conte, with the latter at the forefront of negotiations on migration. Although headlines over the crisis have focused on Italy and Germany in recent weeks, leaders of eastern European states such as Hungarian Prime Minister Viktor Orban have long resisted migrant quotas.

Poland has also opposed “burden sharing,” and Prime Minister Mateusz Morawiecki will be appearing days after other member states threatened sanctions on his country over his government’s judicial reforms.

For French President Emmanuel Macron, it will be an opportunity to push stalled proposals for eurozone reform. Netherlands Prime Minister Mark Rutte, who heads to the US for talks with President Donald Trump following the summit, is one of several leaders to have voiced concerns about the French leader’s plans. 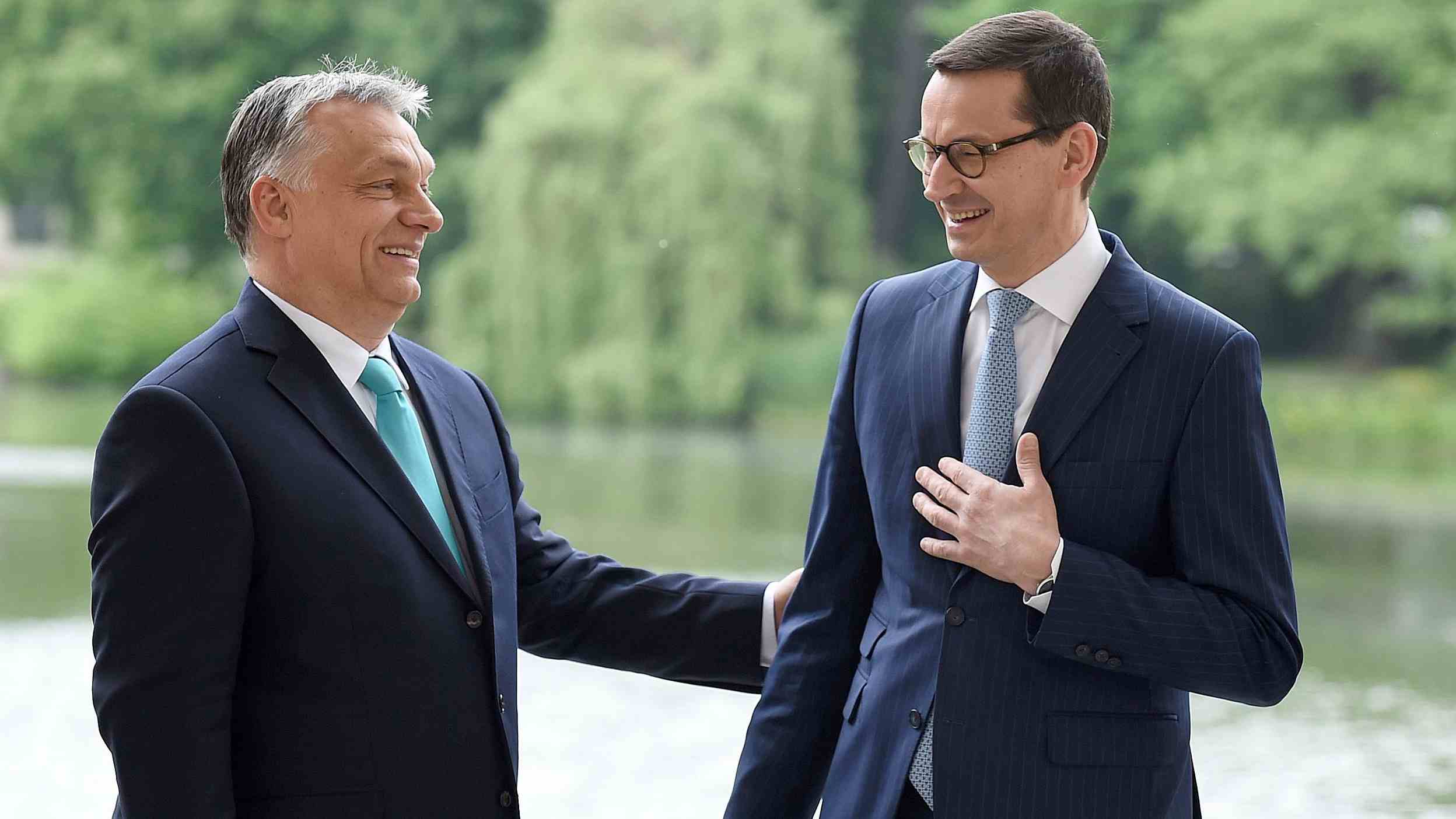 The summit begins days before Austria takes control of the six-month EU presidency, so Chancellor Sebastian Kurz will be closely watched for his hardline stance on migration. His new role will also be important for British Prime Minister Theresa May, with Brexit negotiations coming to a head under Kurz’s watch. Irish Taoiseach Leo Varadkar said on Wednesday the lack of progress on Brexit, including on the Irish border issue, was “disappointing.”

The future of the EU itself has been threatened by splits over migration exposed by the formation of the anti-immigrant Italian coalition, conceded EU Commission President Jean-Claude Juncker on the eve of the summit.

He warned that “cracks in solidarity could leave lasting wounds,” and added “the fragility of the European Union is increasing – cracks are growing in size, we need to find a consistent response now to the migration crisis.”

Migration is the hot topic in the EU, with the issue exposing longstanding fractures in the bloc – between south and north, and east and west.

The flow of migrants has dropped significantly since the peak reached in 2015 – in a briefing published on Wednesday the European Council highlighted that illegal migration has been reduced by more than 95 percent since – but hardliners are gaining influence across the bloc and the EU is split over how to cut arrivals further and what to do with those who do come. 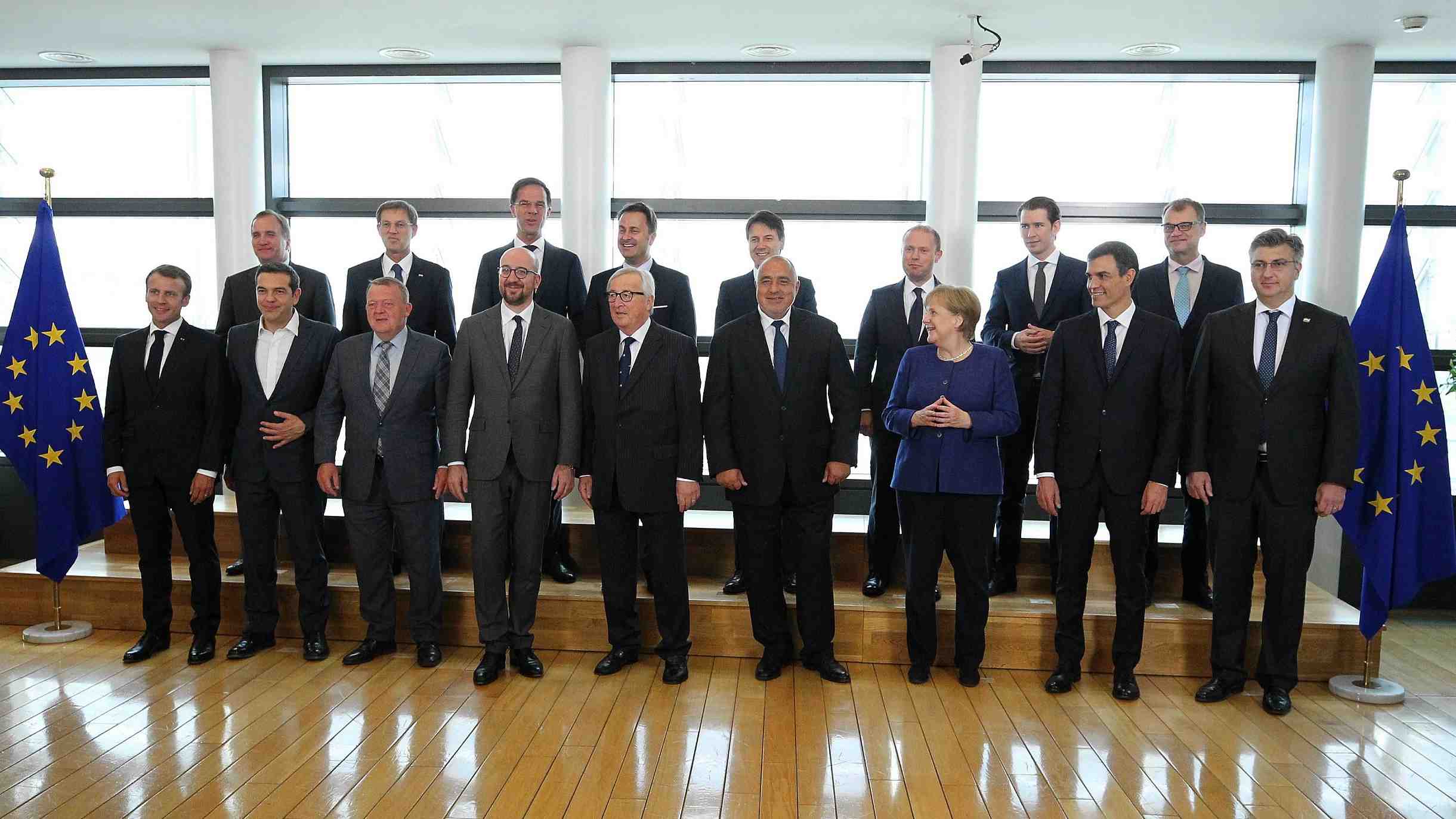 Leaders and officials from EU countries pose for a family photo during an informal meeting on migration issues in Brussels, Belgium, June 24, 2018. /VCG Photo

A mini-summit to address migration on Sunday made little progress, and was boycotted by some of the more hardline leaders.

The full 28-member summit is expected to include talks on “disembarkation platforms” in countries outside Europe and boosting the external border force, Frontex, while draft summit conclusions seen by AFP suggest leaders will agree to “closely cooperate” on curbing secondary migration. Discussions on bilateral migrations deals are also expected.

EU reform was one of the central tenets of Macron’s election campaign in 2017, but he has been left frustrated. Proposals based on the Meseberg Declaration, a recent agreement between the French president and Merkel putting forward watered-down plans to reform the 19-member eurozone, are expected to be discussed.

These include a eurozone budget to protect the currency bloc from economic shocks, the adaption of the European Stability Mechanism into a form of monetary fund, essentially a lender of last resort to troubled countries, and a completed banking union.

However, while France and Germany – which make up nearly half of the eurozone economy – are spearheading the process, other countries are resisting.

Solidarity is likely to be found on trade tariffs, with the EU imposing retaliatory measures against the US last week following Washington’s decision to implement tariffs on aluminum and steel. 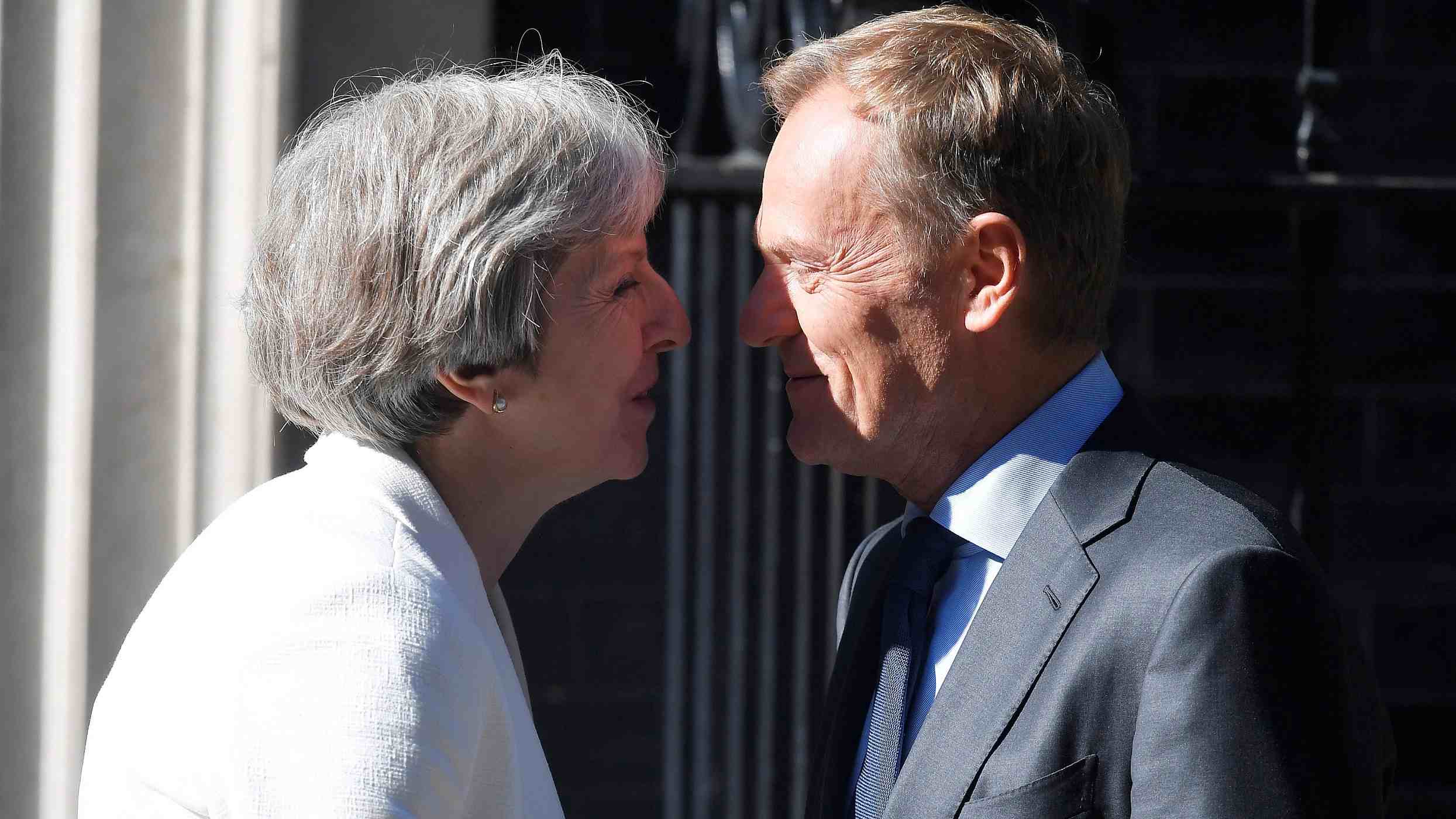 Tusk warned on Wednesday that “despite our tireless efforts to keep the unity of the West, transatlantic relations are under immense pressure due to the policies of President Trump.” He added that disagreements with the Trump administration “go beyond trade” and said “we must be ready to prepare our Union for worst-case scenarios.”

The importance of the multilateral rules-based system and calls for improvements to the functioning of the World Trade Organization are expected, while digital taxation, tax avoidance and evasion are also on the agenda.

The clock is ticking on Brexit negotiations, but Britain’s exit from the EU is likely to be a side issue at the summit. Nevertheless, Theresa May will be given an opportunity to brief other leaders on the status of talks before departing the summit Thursday evening.

The remaining EU leaders are expected on Friday to hit out at the stalled talks, and urge progress with a deal by October currently penciled in. An EU official told AFP that leaders would “appreciate” May giving them more details as to the “intentions of the British government,” particularly on relations after Britain leaves in 2019.

Nine EU nations formalized a plan to create a European military intervention forceearlier this week, another proposal driven by Macron. International issues are also likely to be discussed, notably the Iran nuclear deal ahead of President Hassan Rouhani’s visit to Europe next week.

EU-NATO cooperation ahead of July’s NATO summit in July is on the agenda, while cybersecurity and international money laundering are expected to be on the agenda

Netanyahu pleads not guilty to corruption as trial resumes