The European Parliament called on Thursday for Turkey’s European Union accession talks to be suspended if Ankara fully implements plans to expand President Tayyip Erdogan’s powers, in a vote which Turkey dismissed as flawed and wrong.

The parliament has limited influence on Turkey’s decades-old pursuit of EU membership, now in limbo after bitter exchanges between Ankara and some European countries, but the decision highlighted the gulf which has grown between the two sides.

EU leaders have been critical of Erdogan and his behaviour towards opponents, both before and after an abortive military coup against him last July.

A year-long crackdown since the failed coup and the sweeping new powers which Erdogan won in a tightly fought referendum in April have raised concerns among Turkey’s Western allies.

Erdogan says both the crackdown and the increased presidential powers are needed to help tackle serious challenges to Turkey’s security both at home and beyond its borders.

The resolution passed by parliament in Strasbourg “calls on the Commission and the member states… to formally suspend the accession negotiations with Turkey without delay if the constitutional reform package is implemented unchanged.”

Some constitutional changes approved in April have already been implemented – Erdogan has been able to return to lead the ruling AK Party, and members of a top judicial body have been changed. Other steps, such as scrapping the post of prime minister, are due to take place within two years. 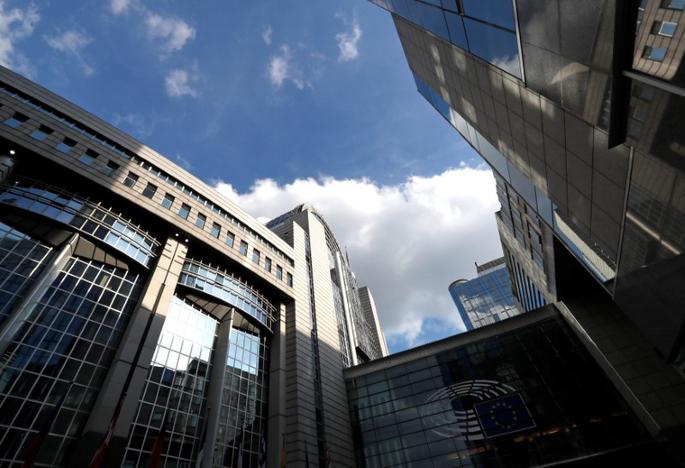 Opposition parties and human rights groups say the changes threaten judicial independence and push Turkey towards one-man rule. The EU has also expressed concern, although many in the European Parliament believe the bloc has not gone far enough.

“The current strategy of the European Commission and EU leaders seems to wait silently for things to improve in Turkey,” said the European Parliament’s lead negotiator on Turkey, Kati Piri, criticising a stance which she said was “feeding President Erdogan’s authoritarianism”.

“This decision, which is based on false claims and allegations, is trampling the reputation of the institution in question,” the ministry said in a statement, referring to the European Parliament. “This decision is of no value for us.”

“As a European official I have to respect the decision of a democratic body,” Hahn told reporters, adding that he had raised the issue of the rule of law during his talks in Ankara.

He also raised the case of 12 rights activists detained on Wednesday, but said he had not received a satisfactory reply.

Hahn said Turkey has the right to defend its institutions in the wake of last year’s failed coup, but added: “I want to be very clear that we are very worried about the reaction, very concerned about the large number of imprisoned journalists and academics.”

“I really want to move forward in such an important strategic relationship. It depends on Turkey’s willingness, and (taking) steps on the rule of law and fundamental rights.”

Despite their concerns over Turkey, EU leaders do not want to undermine an agreement struck last year whereby Ankara effectively stopped migrants reaching Greece from Turkish shores, thereby easing a crisis that had threatened EU unity.

In an interview on Wednesday, Deputy Prime Minister Numan Kurtulmus told Reuters that Turkey was not responsible for the escalation of tensions between the two sides.

“Europe displaying inappropriate behaviour towards Turkey is not a situation we can accept. Being against our President Erdogan is also not a rational stance from Europe. Europe must decide: … Do they really want to enlarge?” Kurtulmus said.

NATO and Turkey: Allies, not friends

“I am a dreamer want to be a global woman” says...

British Airways cancels flights on September 27 due to strike