“People love to buy products from China for Christmas because they have reasonable price and really good quality,” said Godlewska.

FRANKFURT/HANGZHOU, Dec. 26 (Xinhua) — In the holiday season in December, people across Europe may have different ways to celebrate, but their celebrations have one thing in common: made-in-China products are increasingly making their most important festival merrier.

Thanks to direct freight train service between China and Europe, Chinese businesses, with an intimate knowledge of the European market, have stepped up their game in Europe’s Christmas economy by means of innovation and new designs. 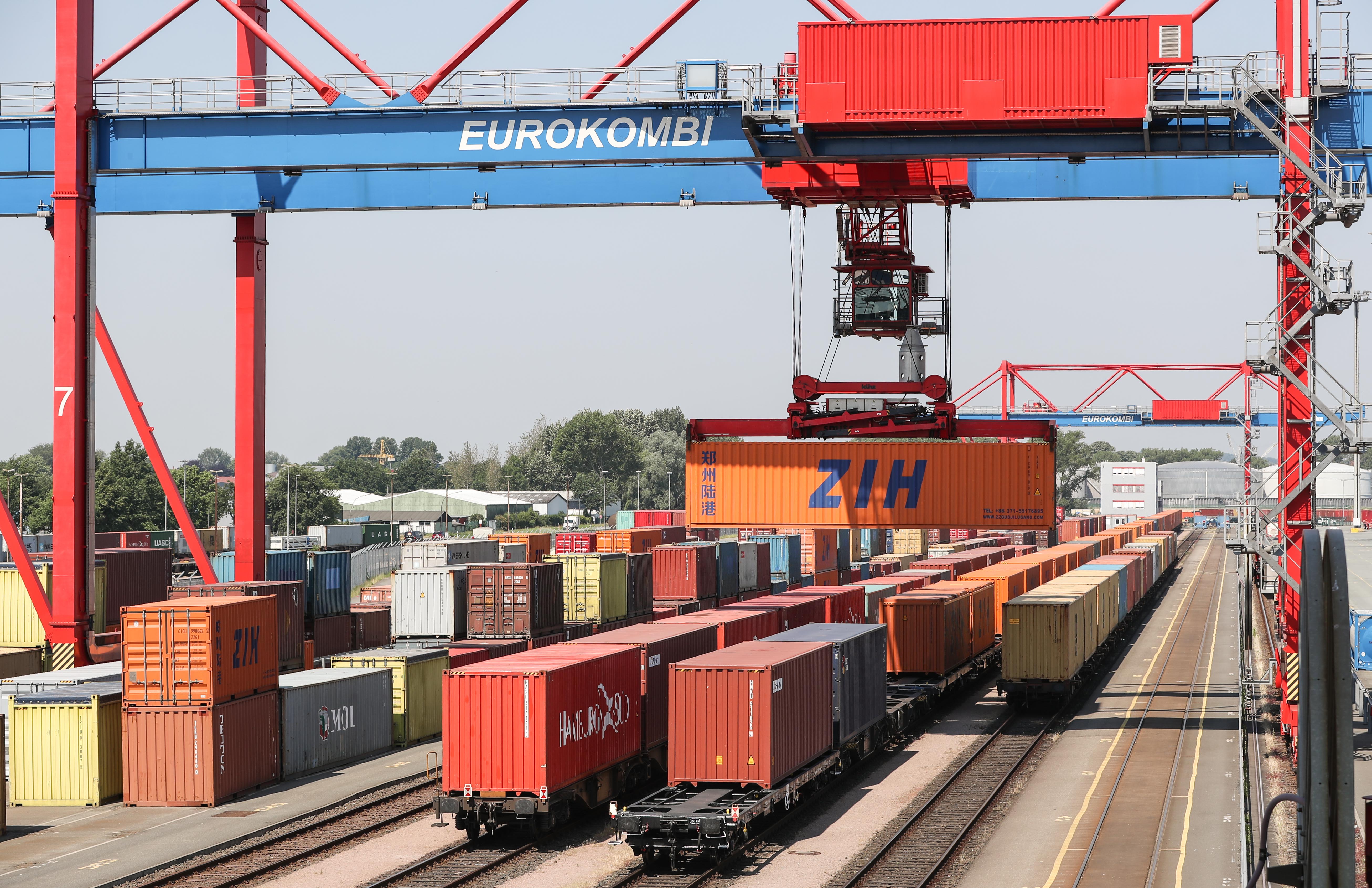 A cargo container on a China Railway Express train is unloaded at Eurokombi terminal in Hamburg, Germany, May 29, 2018. (Xinhua/Shan Yuqi)

The latest data from Germany’s Federal Statistical Office show that in 2018, the country imported 17,720 tons of Christmas items worth around 143 million euros (159 million U.S. dollars). Nearly three quarters of them were from China.

In fact, from decorative LED lights to automated Santa toys, more than 60 percent of the world’s Christmas-related merchandise come from the eastern Chinese city of Yiwu, some 260 km south of Shanghai. The great variety of holiday products there have earned the place a nickname: China’s Christmas Village.

“European customers prefer simple and elegant designs for Christmas trees, green pine trees with snow, and a couple of jingle bells would be enough,” said Zhu Zhijuan, who went on about different regions’ preference regarding the choice of a Christmas tree.

Based in Yiwu, her company Xintean Arts & Crafts have been making artificial Christmas trees for 15 years. Its annual revenue amounts to 100 million yuan (14.3 million dollars), and is expected to grow 10 percent this year, Zhu said. 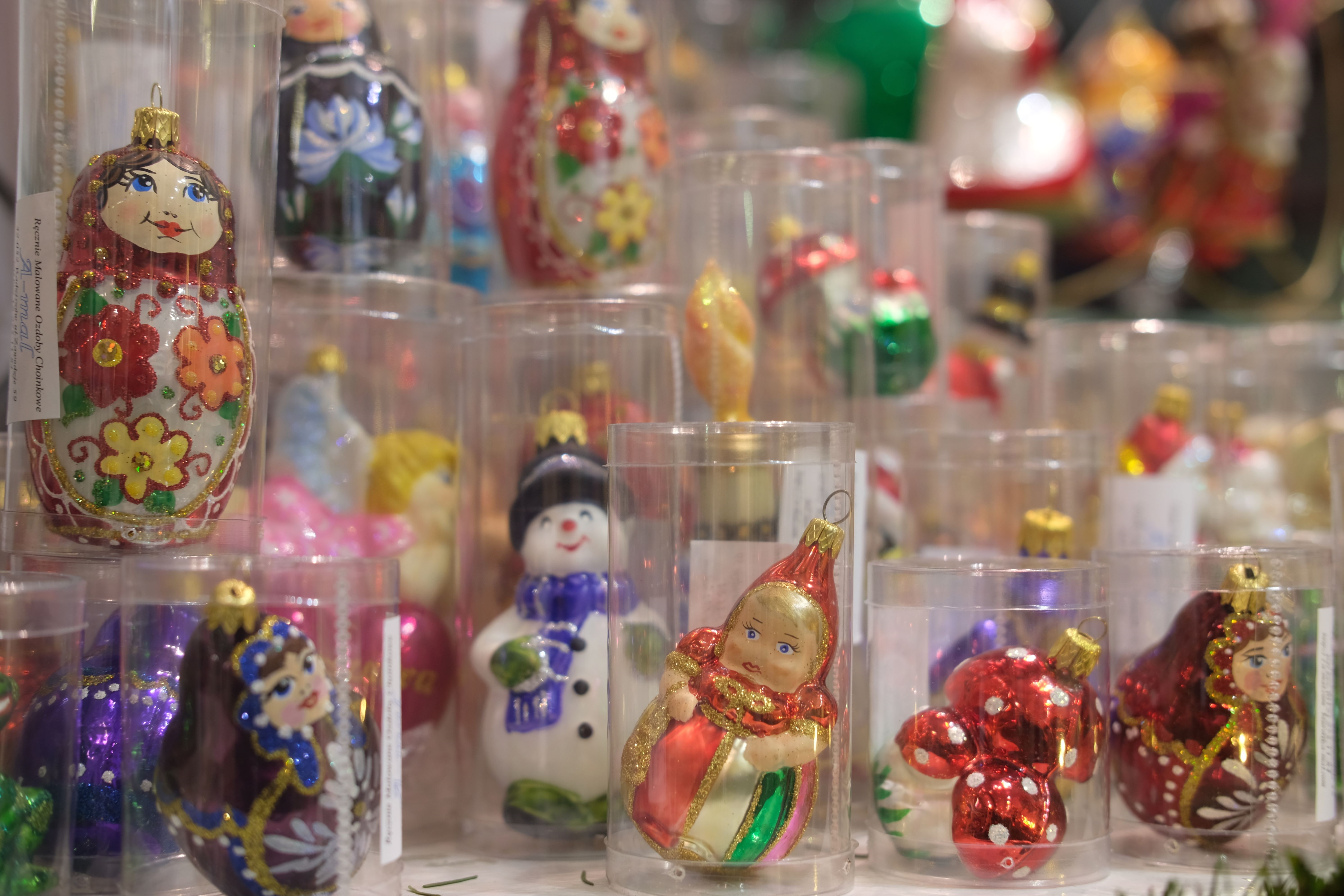 Christmas decorations are seen at a souvenir shop in the Old Town of Warsaw, Poland, Dec. 23, 2019. (Xinhua/Zhou Nan)

In Yiwu, the section of Christmas goods alone boasts 15,000 varieties. The manufacturers have their own organization — Yiwu Christmas Products Industry Association — and follow regularly-published market indicators.

Local commerce bureau has listed 333 exhibitions around the globe as recommendations for local businesses to attend. Shortly after the holiday season, in January or February each year, for example, Zhu will go to Frankfurt Consumer Goods Trade Fair in Germany to get prepared for the coming year.

“We go to exhibitions everywhere every year,” Zhu said. “In the past, we entrusted foreign trade companies to do business for us. Now we take orders directly from customers and learn their different demands, improve our products, and expand the market.”

His signature product this year is a Santa Claus toy that could make dance moves to the tune of any song the customer chooses, be it in Spanish or English. “Even the pattern of the clothes is patented,” he said.

Jin said they have their samples made using 3D printing and then modify details. “Yiwu’s local design companies and 3D printing companies have provided good support for innovation, and the entire innovation ecosystem has been established,” he said. 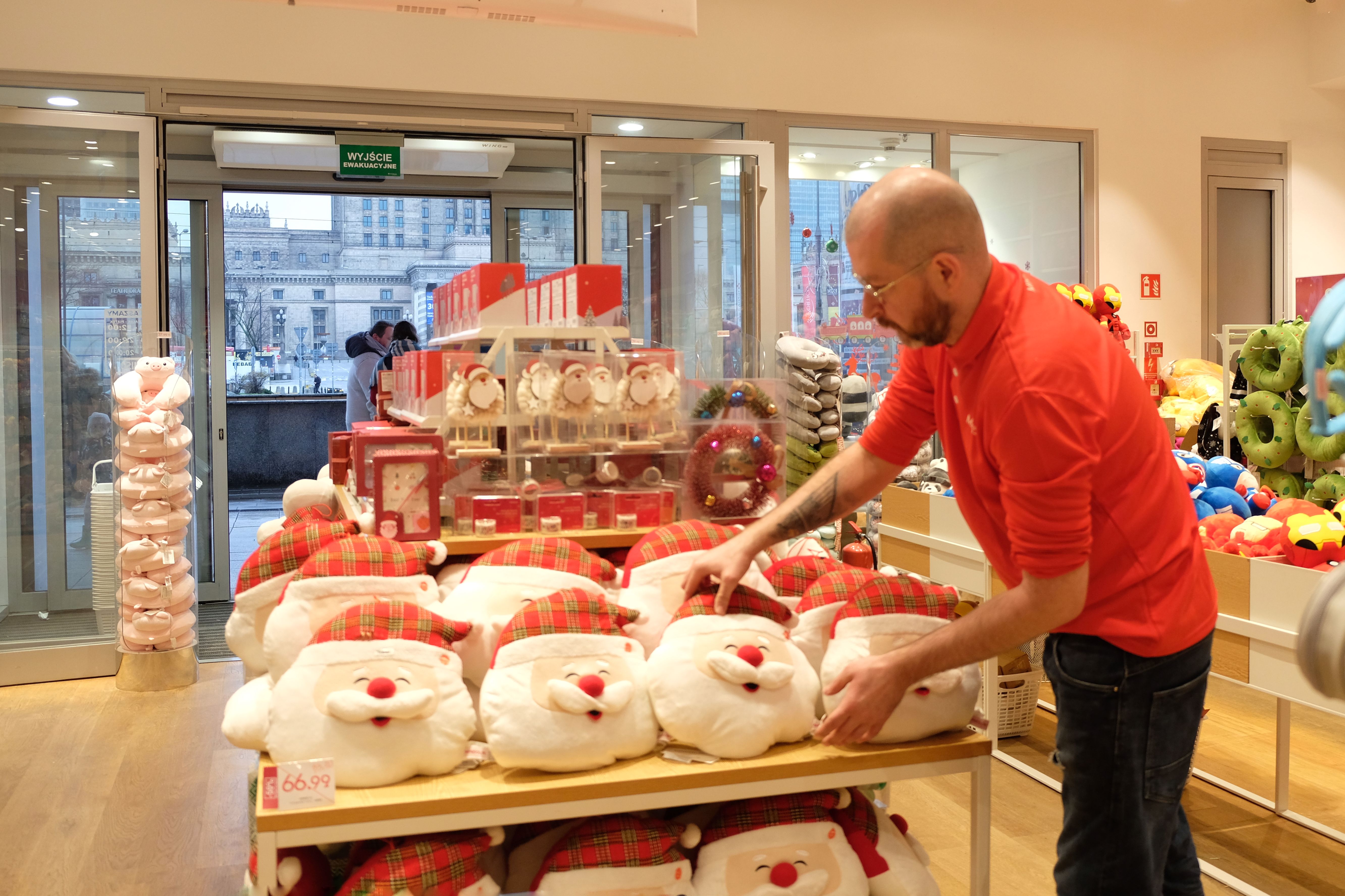 Apart from Christmas decorations, more and more Chinese products have made their way into the shopping lists of European households in the holiday season.

“Kam Yuen used to be a small shop for Chinese people, now 70 percent of the customers are non-Chinese,” said Liu Jingrui, CEO of Kam Yuen Investment. “They not only buy Chinese products, but also start to embrace the Chinese culture,” Liu said.

In Warsaw, Chinese retailer MINISO has become one of the most popular places for Christmas gift-shopping, and their best-seller this year is a stuffed snowman imported from China.

Piotr Piorkowski, the shop’s manager, said that the customers like the original design of the Christmas products sold there and the quality they get for the price they pay.

For Anna Godlewska, co-owner of Amko Toy Store in central Warsaw, which imported 90 percent of their products from China, people’s love for Chinese toys are obvious: Two days before Christmas, all the products in the store like dollhouse, stuffed animal and baby shoes were sold out.

“People love to buy products from China for Christmas because they have reasonable price and really good quality,” said Godlewska. 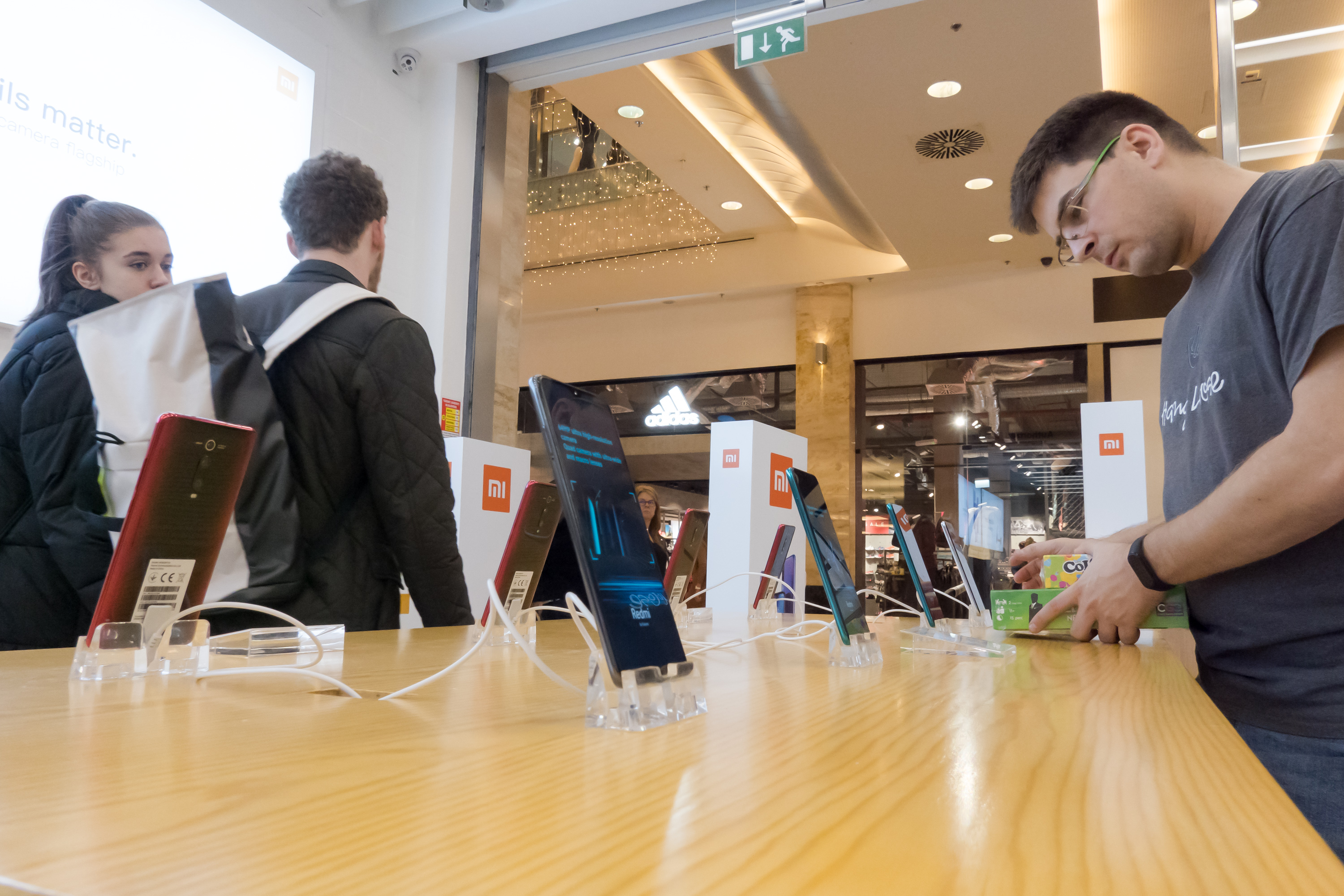 Customers are seen at a store of Chinese technology company Xiaomi at a shopping center in Budapest, Hungary, Dec. 21, 2019. (Photo by Attila Volgyi/Xinhua)

In Budapest, a lot of Hungarians turn to Chinese tech products for Christmas gifts for their beloved.

“I bought Xiaomi smart lamps,” Tamas Sos, a 40-year-old entrepreneur told Xinhua, noting that the lights are extremely helpful as his pregnant wife has to get up at night in a house with narrow corridors and steep stairs.

According to Extreme Digital, a leading Hungarian online marketplace, their best-selling products during Christmas this year were the Chinese sandwich maker and a smart fitness watch produced by Huawei.

This year marks the fifth anniversary of the launch of direct freight train service between Yiwu and Madrid, an important logistics center in Europe.

The China-Europe freight train not only delivers Chinese goods to Europe but also brings back overseas items to Yiwu, where they are then sold across the country, said Liu Mingming of the Yiwu Tianmeng Industrial Investment, a private operator of the service. 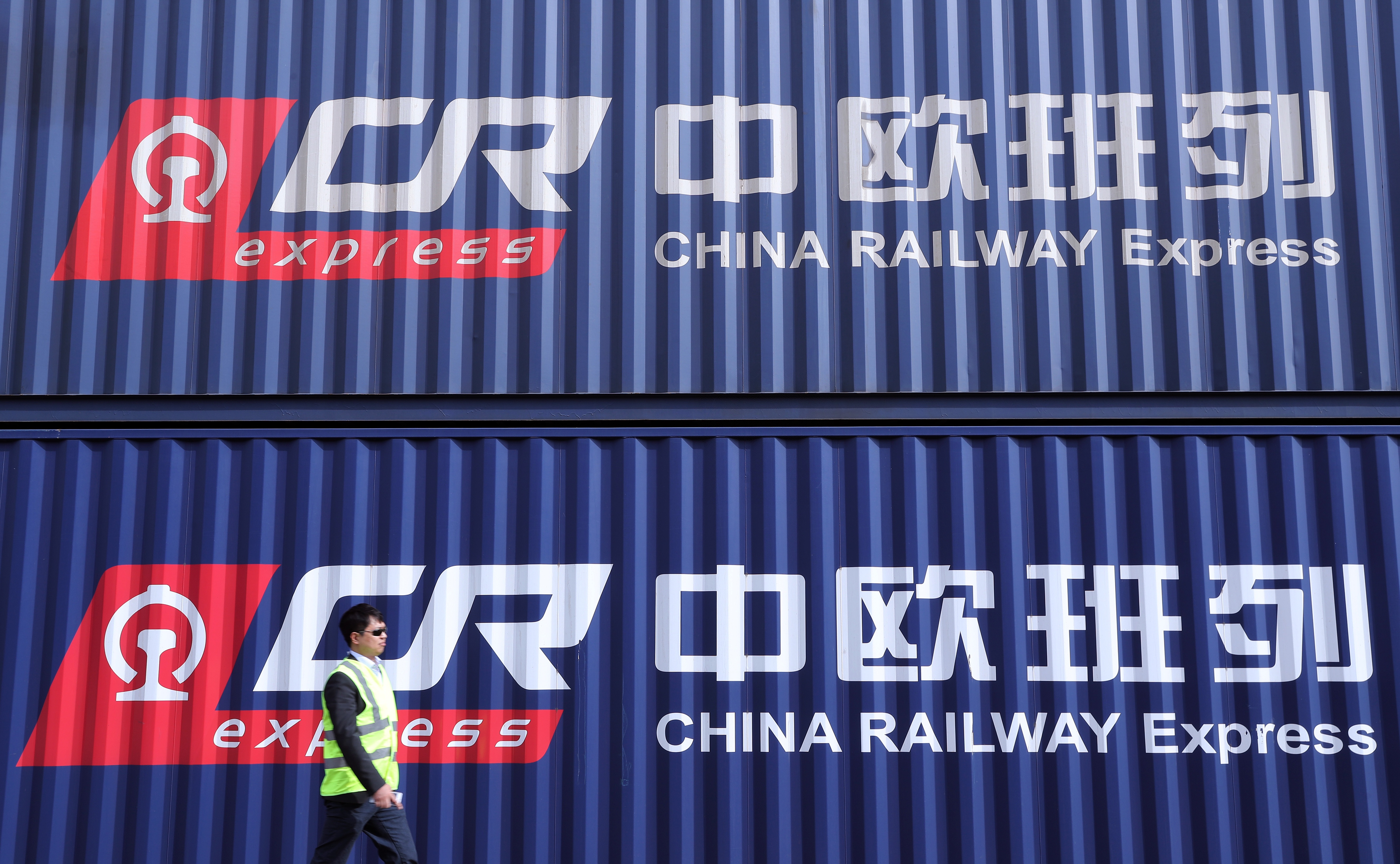 Cargo that travels 30-40 days by sea between China and Spain only takes half that time by train, allowing more flexibility to manage inventories for businesses along the route.

Furthermore, the city of Yiwu has set up five logistic distribution centers and eight warehouses in cities along the Belt and Road, including Madrid, Duisburg and London, to facilitate trade.

Customs data show that Yiwu’s exports and imports between January and November this year amounted to 265.76 billion yuan (37.99 billion dollars), topping the figure for the whole year of 2018.

Meanwhile, more than 50 Chinese cities have launched China-Europe direct freight train services. The ever closer bilateral trade ties have prompted Liu Jingrui, who owns the supermarket in Brussels, to come up with a new year wish.

Britain’s May calls for urgent security deal with EU

“Turkey will enter Manbij if US doesn’t remove YPG” : President...

Kazakhstan to use QazVak homemade COVID vaccine next week