China continued its “Sky Net” campaign in 2018, further hunting down corrupt suspects who have fled abroad and recovering their ill-gotten gains, the Fugitive Repatriation and Asset Recovery Office of the Central Anti-Corruption Coordination Group said on Tuesday.

The State Supervisory Committee will carry out a set of specialized measures relating to duty-related crimes and their assets. The Ministry of Public Security (MPS) will launch the “Fox Hunt” operation to capture suspects abroad, and the People’s Bank of China, China’s central bank, will cooperate with the MPS in cracking down on money transfers through offshore companies and underground banks. 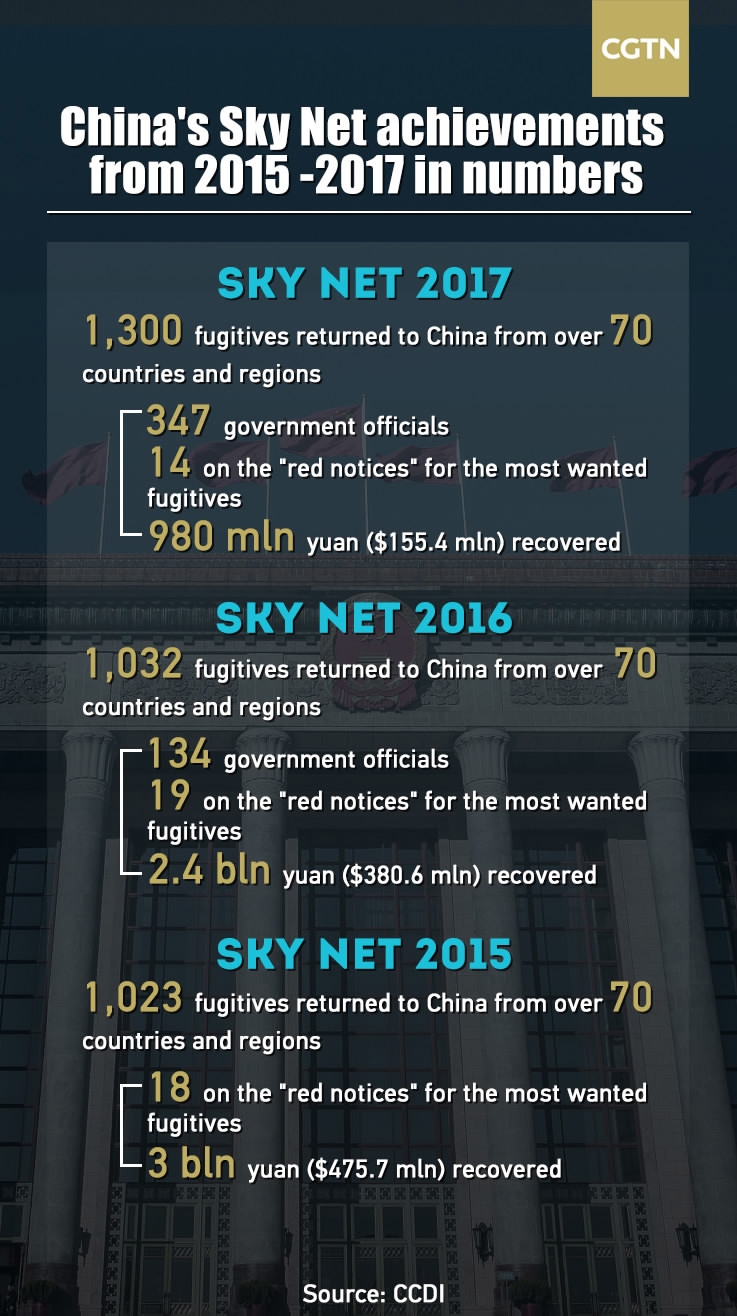 Chinese President Xi Jinping has been pushing for an anti-graft campaign since his inauguration. Roughly three months ago, during the second plenary session of the 19th Central Commission for Discipline Inspection, he pointed out that more work needs to be done in order to “fundamentally improve the political ecosystem of the Party.”

The National People’s Congress, the country’s top legislature, has also provided an institutional guarantee, establishing the supervision law on March 20. The goal is designed to lay a legal foundation for an upgraded anti-graft task force.

A total of 4,058 fugitives – including 800 state functionaries with 52 on the “red notice” for the most wanted fugitives – were captured or returned to China since the launch of the “Sky Net” operation in 2015, according to the Central Commission for Discipline Inspection (CCDI) of the Communist Party of China.

‘No firm lead’ on tackling racism in the UK, says Labour...

Time for decisive actions to check financial crimes and return of...