China-U.S. cooperation has never been a case of one party giving favor to the other, or one party taking advantage of the other.

— China is ready to enter into candid, effective consultation with the U.S. side.

BEIJING, Aug. 5 (Xinhua) — Chinese State Councilor and Foreign Minister Wang Yi said Wednesday the Chinese side is ready to enter into candid, effective consultation with the U.S. side and make cool-headed and sensible response to the impulsive moves and anxiety of the U.S. side.

Wang made the remarks in an exclusive interview with Xinhua on China-U.S. ties. 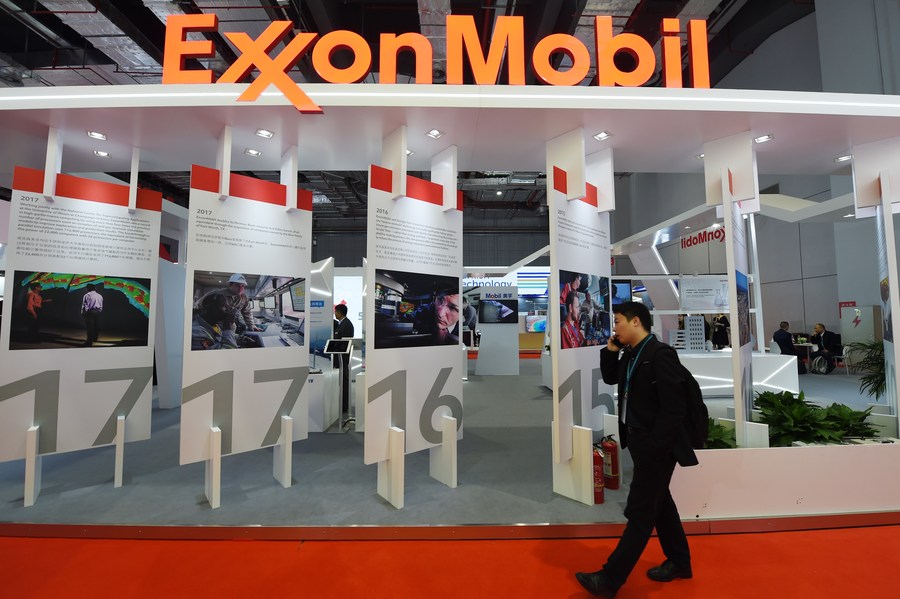 COOPERATION RATHER THAN DECOUPLING

“The development of China and of the United States is not a zero sum game, and we should not reject each other. What we should do is to draw on each other’s strength to achieve common development,” he said.

“China-U.S. cooperation has never been a case of one party giving favor to the other, or one party taking advantage of the other. Both countries have benefited much from this cooperation,” he stressed

China and the United States now account for over one-third of global economic output and over 50 percent of global growth. Bilateral trade volume has increased by over 250 times since the early days of diplomatic ties and takes up one-fifth of the global total. Two-way investment has jumped from almost zero to nearly 240 billion U.S. dollars, and annual two-way visits by the two peoples have reached 5 million.

While the two countries are quite different in social system and many other aspects, such differences have not affected bilateral peaceful coexistence and cooperation, said Wang. 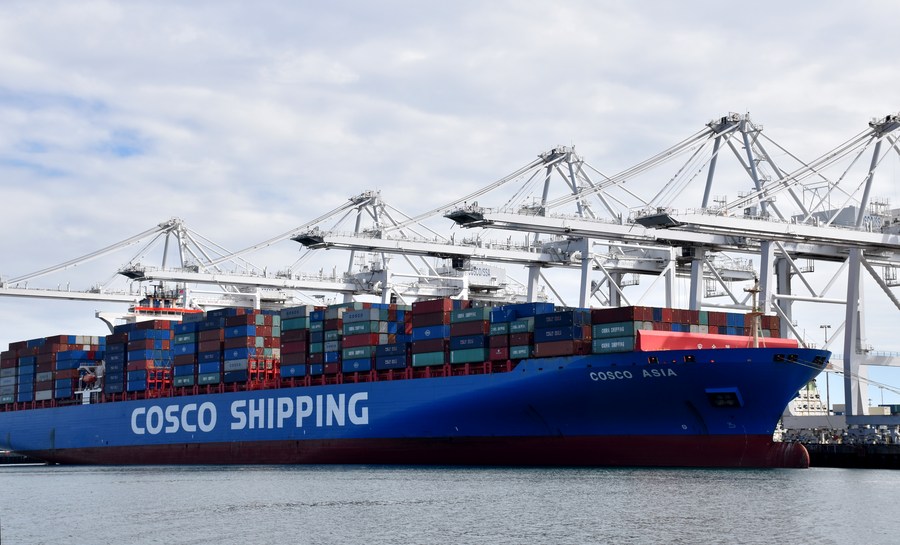 “It is neither necessary nor possible for the two sides to change each other. Instead, we should respect the choice independently made by the people of the other side,” he said.

As COVID-19 takes its toll on the global economy, China and the United States should stop attempts at decoupling and advance the relationship through cooperation, and live up to their responsibility for the world, said Wang.

In the interview, Wang refuted a series of recent U.S. moves hurting bilateral ties, including U.S. closing the Chinese Consulate-General in Houston, launching global campaign against Chinese companies, making fierce attacks on the Communist Party of China and interfering into China’s internal affairs.

Wang said that China-U.S. relations are facing the gravest challenge since the establishment of diplomatic ties, and their exchanges and cooperation in many areas are being seriously disrupted.

“The root cause is that some American politicians who are biased against and hostile to China are using their power to smear China with fabrications and impede normal ties with China under various pretexts,” said Wang, pointing out that such American politicians ultimately want to drag China and the United States into renewed conflict and confrontation and plunge the world into chaos and division again.

“China will not allow these people to get their way,” said Wang. 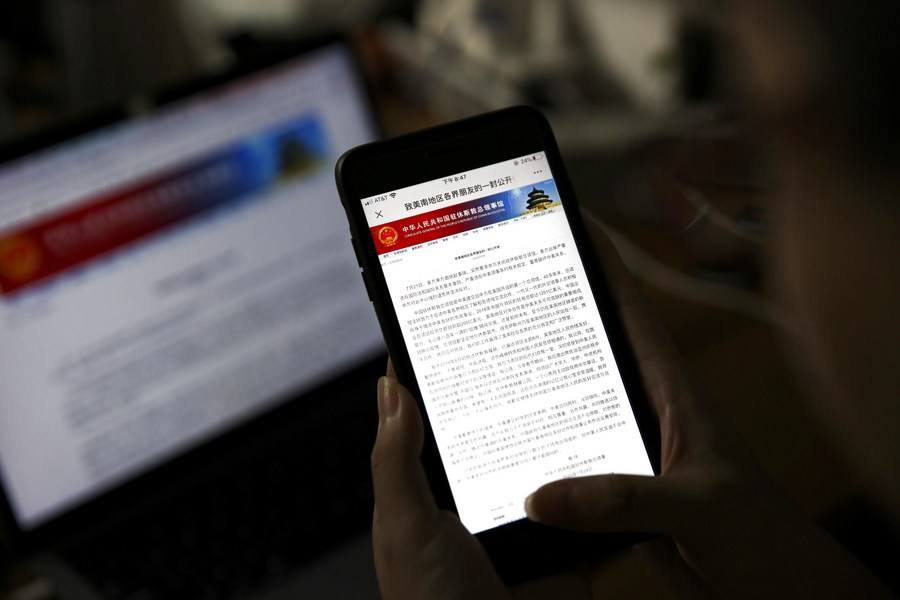 He said the Chinese side rejects any attempt to create a so-called “new Cold War”, because it contravenes the fundamental interests of the Chinese and American peoples and the global trend toward development and progress.

China will not dance to the U.S. tune, and will not sit idly by if the United States harms China’s interests, Teng Jianqun, director of the Department for American Studies at the China Institute of International Studies, told Xinhua in an interview.

“All issues can be put on the table for discussion,” Wang said.

He said the Chinese side is ready to enter into candid, effective consultation with the U.S. side and make cool-headed and sensible response to the impulsive moves and anxiety of the U.S. side. 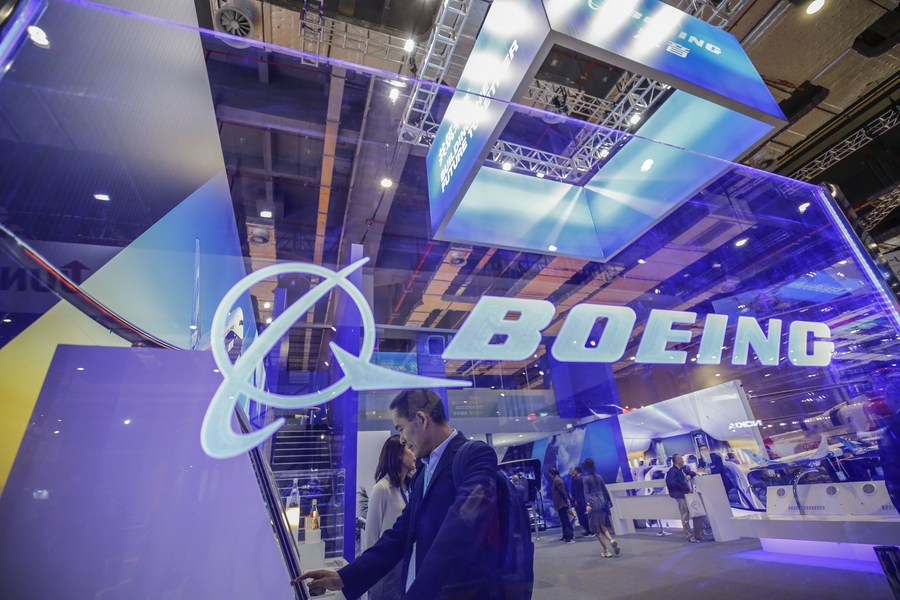 “Our message is quite clear: We urge the United States to stop acting with arrogance and prejudice, but enter into constructive dialogue with us on an equal footing. We hope that it will work with us to ease current tensions and put the relations back onto the right track of no conflict, no confrontation, mutual respect and win-win cooperation,” he said.

To conduct dialogues does not mean to make the two sides fully aligned, but to increase mutual trust and seek common grounds while reserving differences, said Ruan Zongze, executive vice president of the China Institute of International Studies.

China has no intention to fight a “diplomatic war” with the U.S. side as it will only hurt the interests of the two peoples even more, Wang said.

“China’s door to dialogue remains open. We are willing, in the spirit of equality and open-mindedness, to talk and interact with the United States, and resume dialogue mechanisms at all levels and in all fields,” said Wang. ■

British PM Johnson gets his first dose of AstraZeneca vaccine

EU’s Tusk hits back at UK’s Johnson over backstop

Cuba attracts 4 mln tourists in 2018 despite sharp drop in...