Cooperation between China and India – two major emerging markets – can have a global impact, Chinese President Xi Jinping told Indian Prime Minister Narendra Modi on Friday, adding that he hopes their meeting will usher in a new chapter in bilateral ties.

Modi is in Wuhan in central China’s Hubei Province for an informal meeting with Xi on Friday and Saturday. It is his fourth visit to China since taking office in 2014.

Five reasons why China and India can deepen cooperation 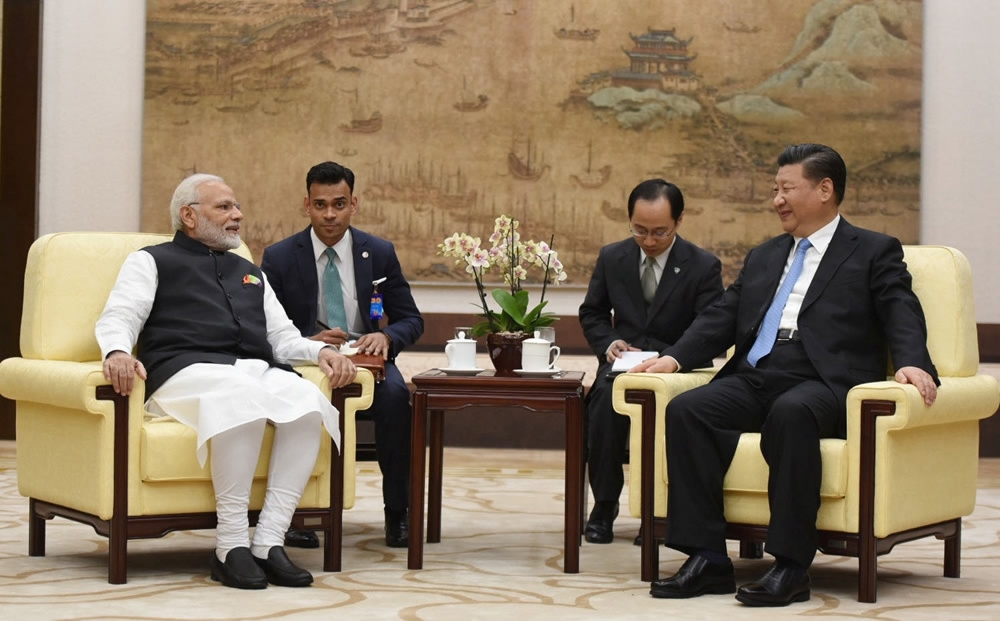 The Chinese president noted that he has met with Modi on many occasions over the past three years. The two leaders have established a sound working relationship and reached many important consensuses, highlighting the friendship between China and India, Xi added.

The two countries should ensure that their relations are moving in the right direction, he stressed.

Xi said Beijing is willing to establish closer partnerships with New Delhi to promote exchanges and cooperation in many fields.

Underscoring the meeting’s “historical importance,” Modi said frequent high-level talks could enhance mutual understanding and deepen cooperation between the two sides, which is in line with the common interests of both countries.

Both China and India are countries with time-honored civilizations, Xi said. He called on the two countries to make joint efforts to revitalize Eastern civilizations and promote peaceful coexistence between different civilizations.

The Xi-Modi meeting is part of the efforts on both sides to enhance communication, expand common ground and deepen mutual trust.

Since the end of a military standoff in the border area of Donglang last summer, China and India have been improving their relations steadily.

Despite their differences on territories and some other issues, the two Asian giants share many commonalities and have enormous potential to work together. Both are developing countries with a population of more than 1.3 billion. Both are major emerging economies with fast growth rates.

Will Xi and Modi make history in Wuhan?

Economic ties between China and India have become stronger in recent years, with China becoming India’s largest trading partner. In the first quarter of 2018, bilateral trade volume hit some 22 billion US dollars, up over 15 percent compared with the same period last year. It reached a record high of nearly 85 billion US dollars in 2017, growing by more than 20 percent year-on-year, the largest in the past five years.

Chinese leaders have repeatedly stressed that the two countries’ common interests “far outweigh” their differences and frictions, while Modi also agrees that India and China should not see each other as rivals and should instead make cooperation the focus of bilateral relations.

Indian economist Rajiv Kumar recently said India should see China “as an opportunity and not as a threat.”

“I think there is now surely a recognition in India that our northern neighbor has to be engaged, and this engagement can be successful, along with taking care of our core interests,” Kumar, vice chairman of Niti Aayog, the Modi government’s main policy think-tank, told Quartz in an interview earlier this week.

Liu Youfa, former Chinese consul-general to Mumbai, believes the rapprochement between China and India should be understood in the context of rising protectionism in Washington.

“The key issue to the latest US-China trade disputes is the reckless US policy in managing its trade issues with partners… at the expense of all other trade partners – India included,” he told CGTN.

Sharing the same concerns, China and India are “standing in the same line” to send a message to the US government “for it to think twice before it allows the trade war between the US and China to become a reality,” he noted.

What are Europeans protesting about?

Sanctions for blocking Lebanon government may get tougher: France says