China and Britain should continue the Golden Era and promote the healthy and steady development of China-UK relations in the new era, China’s President Xi Jinping said on Thursday after meeting British Prime Minister Theresa May in Beijing.

President Xi called for healthy China-UK relations and hoped the two countries could work together for a prosperous and steady world.

The meeting came a day after May called for expanding the “global strategic partnership” between the two countries and hoped to continue the Golden Era with China.

May gave Xi a box-set of Blue Planet II as a gift, aiming to underline the UK and China’s cooperation on the environment.

On Wednesday, Chinese Premier Li Keqiang met with May in Beijing, exchanging a wide range of international and regional issues and witnessing the signing of agreements in various areas, such as the economy and trade, financial services, scientific innovation, environmental protection, education, clean energy and bio-science.

Premier Li said China would further open up its markets to the UK, including to agricultural products and financial services, “China will import UK products that are needed in the Chinese market.”

Li also vowed that UK-China relations would remain strong regardless of Britain’s future relationship with the EU, “Our bilateral relationship will not change with the changes of EU-UK relations. We will have assessments and discussions on our trade relationship, to link our economic and trading relationship going forward.”

Read more: China-UK relations will not change after Brexit

According to China’s Ministry of Commerce, business deals valued at 9 billion pounds (12.8 billion US dollars) are expected to be signed during May’s three-day visit.

May also spoke about people-to-people links in the educational sector between the two countries during her visit in Wuhan, the provincial seat of Hubei on Wednesday.

Read more: May expects people-to-people links between China and UK 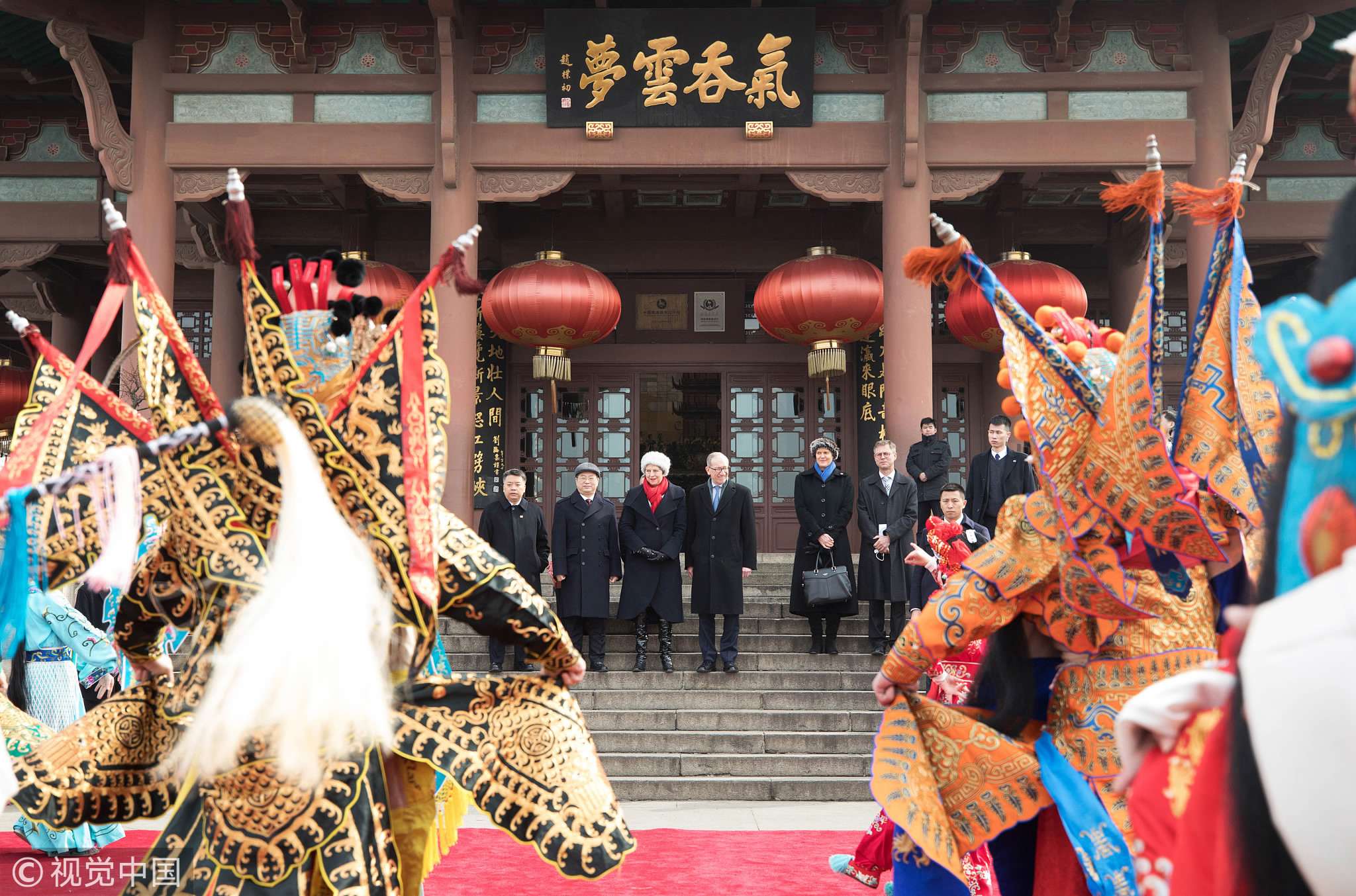 British Prime Minister Theresa May and her husband Philip May enjoy Chinese opera at the Yellow Crane Tower in Wuhan, Jan. 31, 2018. /VCG Photo

She visited Wuhan University and expressed her wish to enhance the educational collaboration between China and Britain, for example, the two countries would extend the program of exchanging math teachers, which was launched in 2015, by two years.

In a separate meeting between a British business delegation led by Britain’s International Trade Secretary Liam Fox and municipal officials and business leaders from Wuhan, the two sides signed contracts for projects which included a sister city relationship between Wuhan and Swansea, and another between Wuhan and Manchester for football exchanges and cooperation.

On Friday, May is going to travel to the financial and economic hub of China, Shanghai, to boost more trading and investment ties with China at a business forum.