A series of measures that could have caused a Brexit headache for British Prime Minister Theresa May were rejected Tuesday by MPs in the House of Commons.

A feared revolt to back anti-government amendments agreed by the unelected House of Lords were one-by-one rejected by elected lawmakers in the Commons. 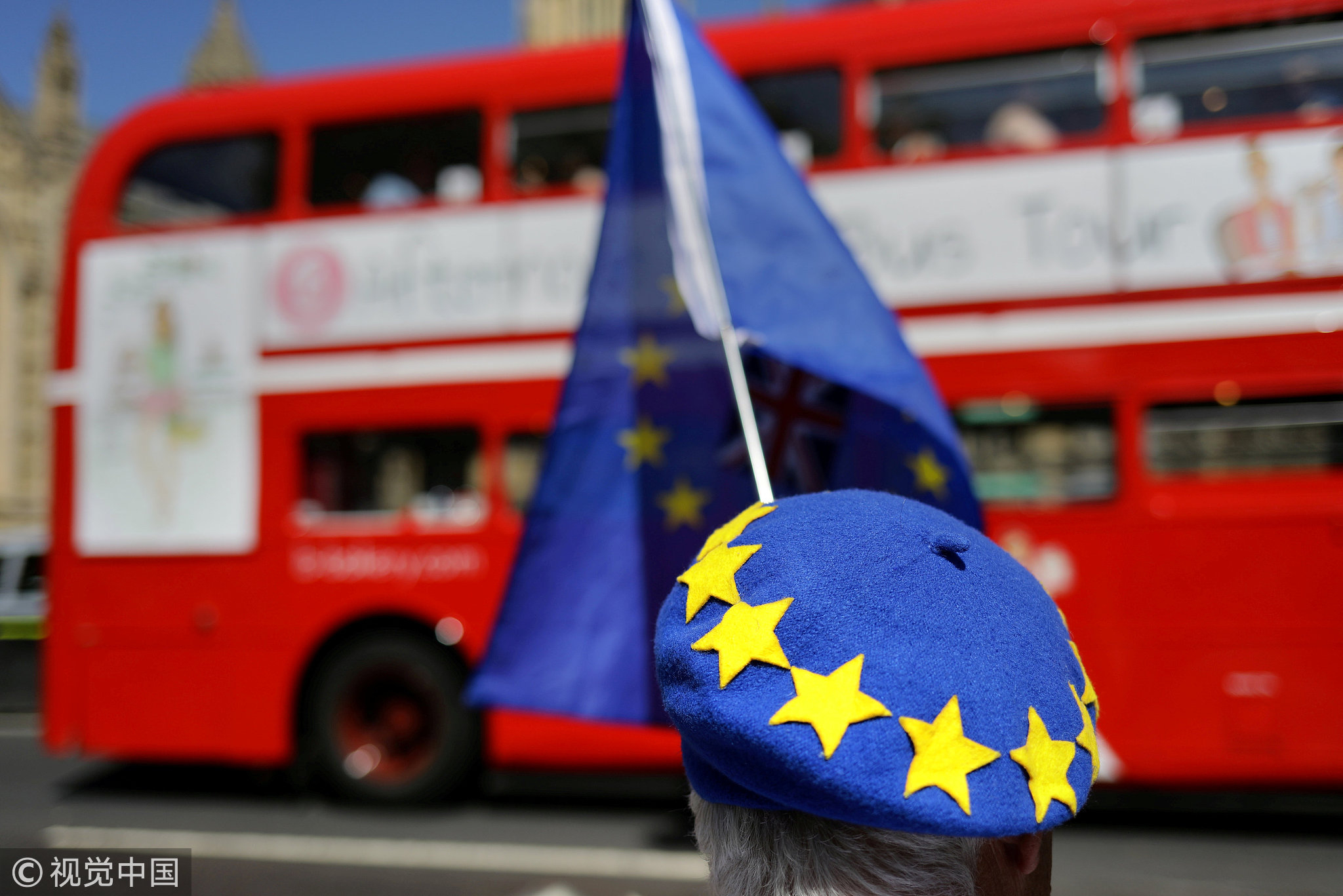 A bus passes as anti-Brexit demonstrators protest opposite the Houses of Parliament in London, Britain, June 11, 2018. /VCG Photo

MPs are debating the crucial Exiting the European Bill which will transform EU law into British law next March when Britain leaves the bloc after 45 years as a member.

In two of the biggest wins for May, MPs rejected a move that would have given parliament power to determine a departure date. It will now remain as March 29, 2019. And a move to give parliament a meaningful vote on a final deal with Brussels was also overturned, but only after a last minute assurance to make concessions.

It was a day of extraordinary drama as MPs voted by 324 votes to back May’s government, but rebels claim to have won concessions, the Guardian newspaper reported Tuesday evening.

After their marathon debate MPs gather Wednesday for another round of voting on a bill described as the most important piece of legislation in Britain since World War Two. 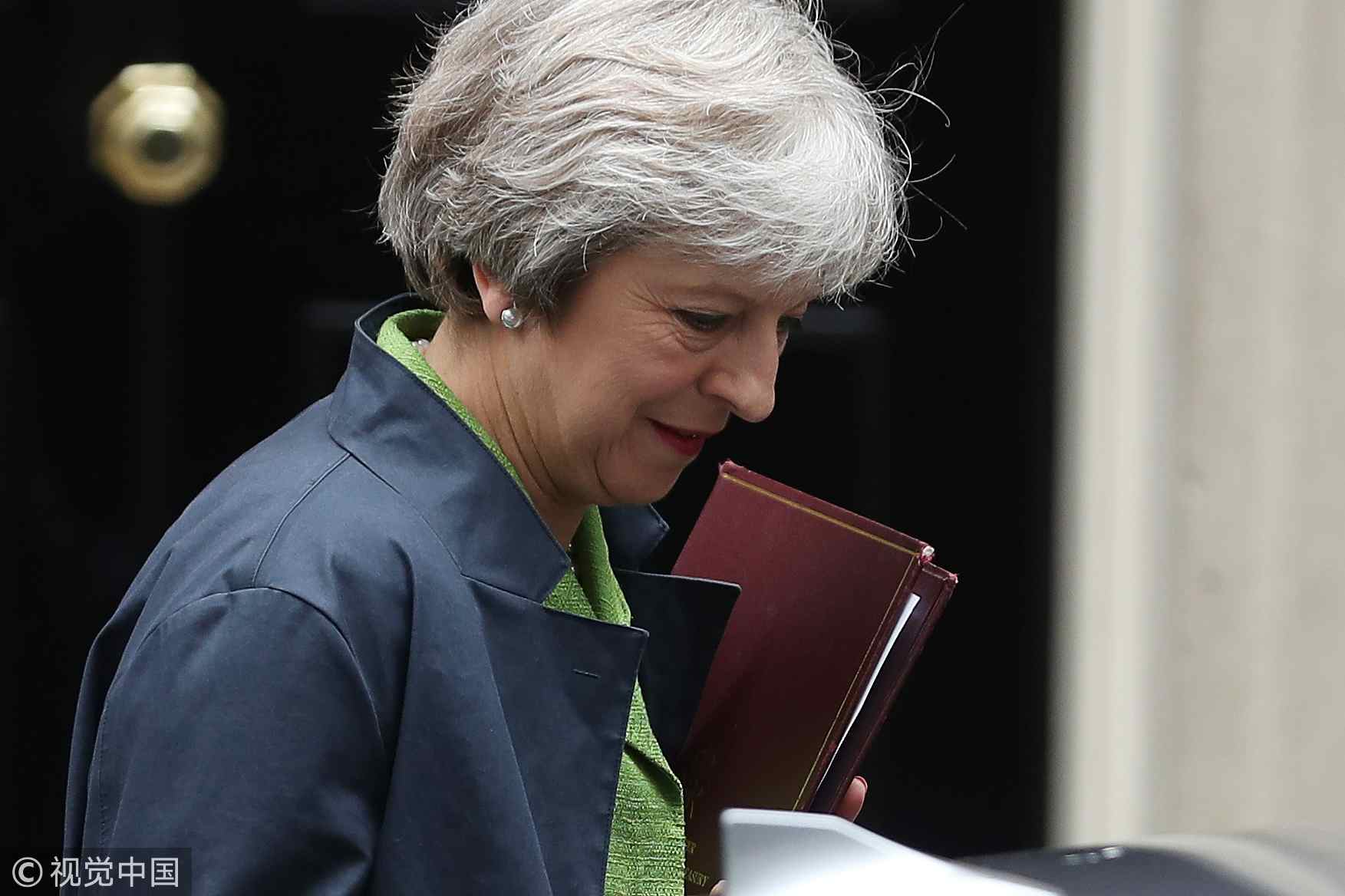 The Guardian reported behind-the-scenes drama at Westminster saying May narrowly avoided a humiliating defeat over the Brexit bill after Conservative rebels accepted significant concessions from the government on the “meaningful vote.”

The newspaper reported Conservative ministers and party managers were engaged in frantic negotiations to prevent a damaging defeat over parliament’s ability to block a no-deal Brexit, which came right down to the wire even as the debate carried on.

Just moments before voting began, May held 11th-hour talks with 14 Conservative rebels in her House of Commons office.

It averted a defeat for May in the debate. Instead MPs voted by 324 votes to 298 to reject an amendment passed by the House of Lords that would have strengthened the hand of the Commons in the event of it rejecting the final Brexit deal. 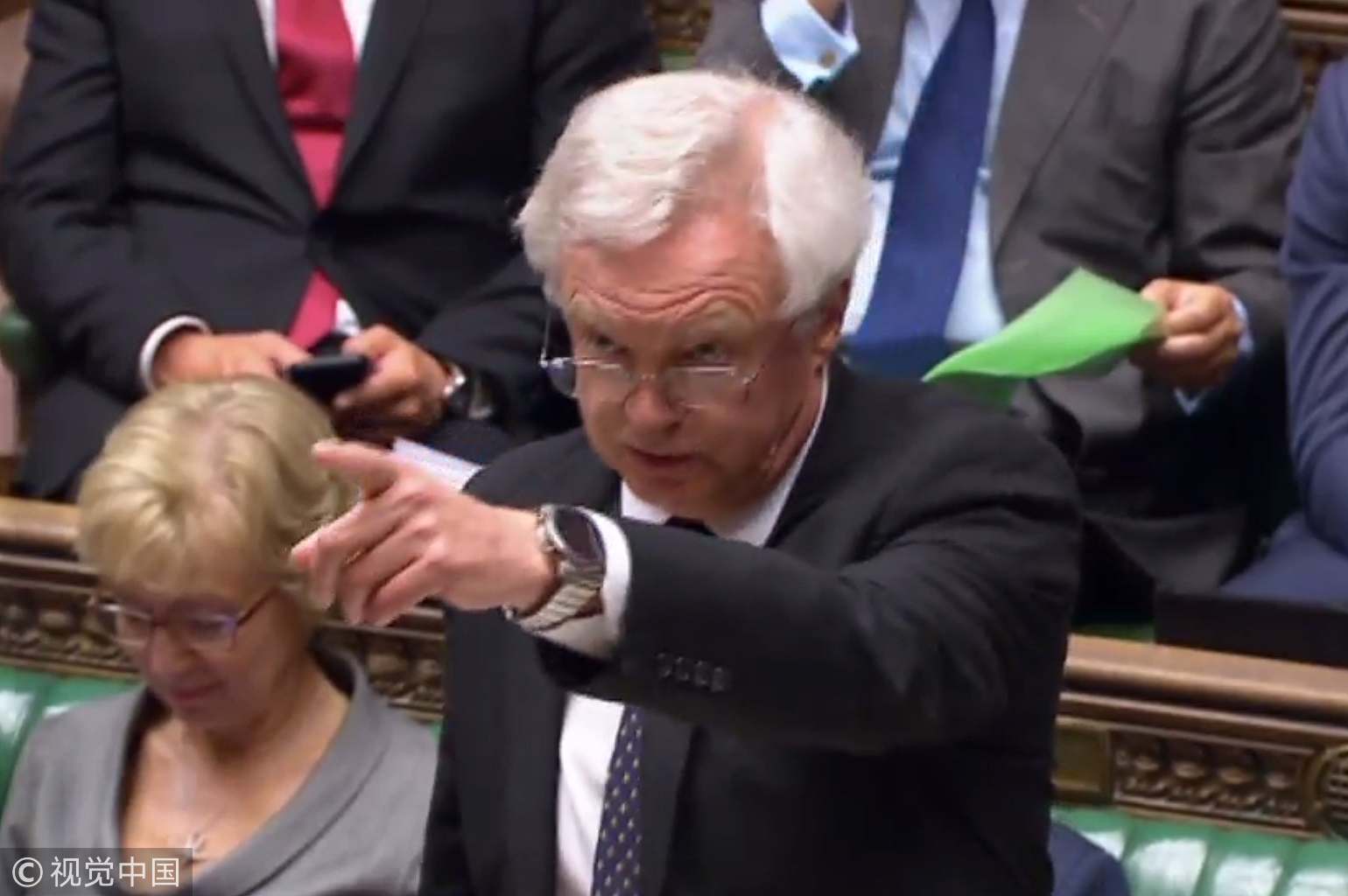 A video grab from footage broadcast by the UK Parliament’s Parliamentary Recording Unit (PRU) shows Britain’s Secretary of State for Exiting the European Union (Brexit Minister) David Davis speaking in a debate on Brexit legislation in the House of Commons in London, June 12, 2018. /VCG Photo

The Independent newspaper said May staved off a major defeat on her key Brexit legislation by offering a last-minute concession that would give parliament a bigger say on the final deal, describing it as a knife-edge victory for May.

Media in London reported that the concession means that if no deal has been agreed by the Nov. 30, government ministers must hold a vote in Parliament on how they plan to proceed and seek the approval of the house for that course of action.

However the Daily Telegraph reported that government ministers insisted that the vote would not be binding on the Government and it could still potentially leave the European Union without a Brexit deal in place.

In a statement issued to media the Department for Exiting the EU said: “We have not, and will not, agree to the House of Commons binding the Government’s hands in the negotiations.” 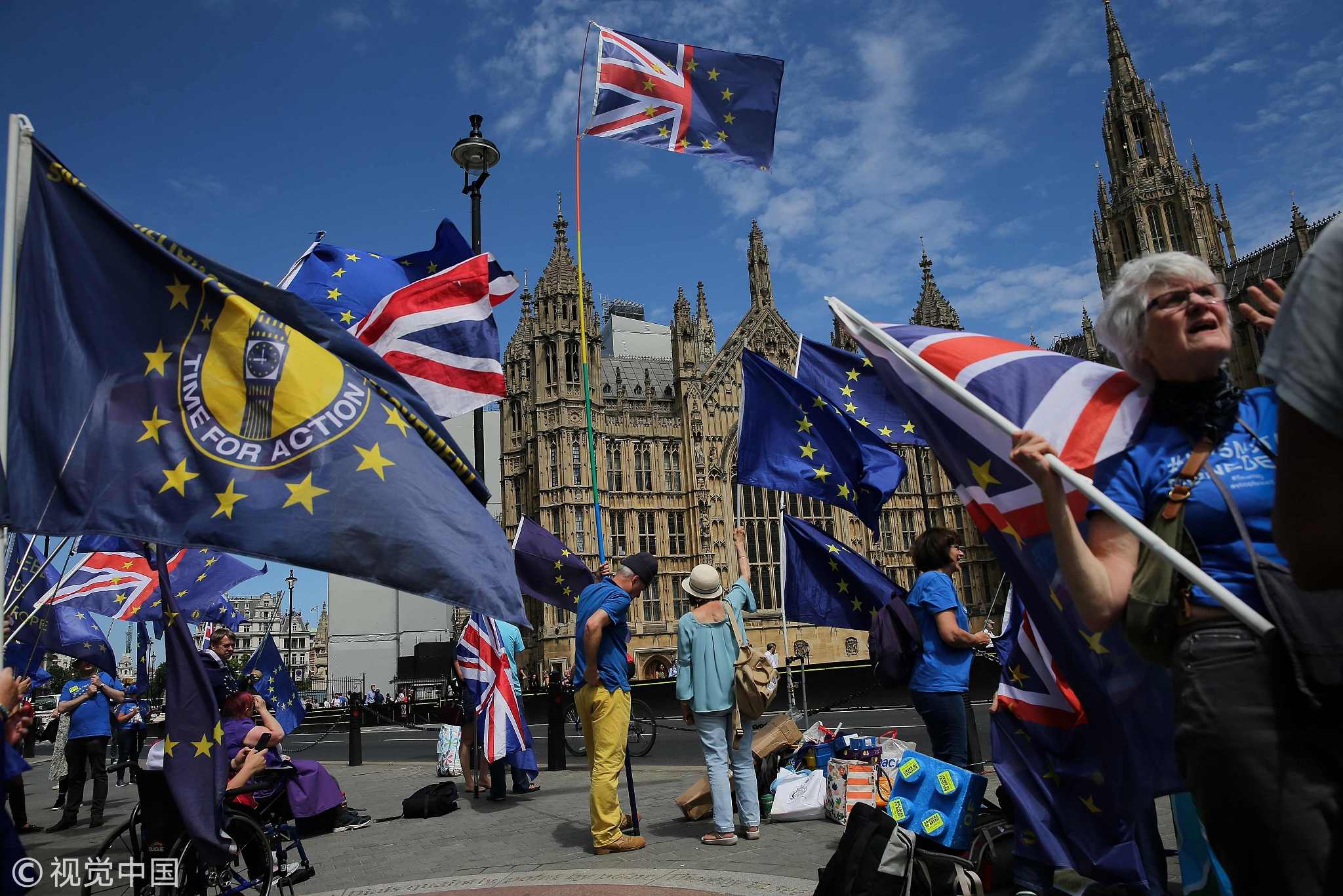 Pro-EU demonstrators hold placards and wave flags as they protest against Brexit, outside of the Houses of Parliament in central London, June 11, 2018. /VCG Photo

During the day May’s government won all 11 votes to overturn a series of amendments that had been agreed in the House of Lords.

But MPs mainly representing Scottish constituencies were angry that there had not been enough time to debate Brexit issues affecting the devolved governments in Wales, Scotland and Northern Ireland.