Prince William flies to Jordan Sunday on a trip that will see him become the first member of Britain’s royal family to pay an official visit to both Israel and the Palestinian territories.

The 36-year-old Duke of Cambridge touches down in Amman for a first leg billed as a chance to bond with Jordan’s Crown Prince Hussein bin Abdullah, 23, a fellow graduate of Britain’s Royal Sandhurst Military Academy.

Prince William will then head to Israel Monday evening to begin his history-making visit to the Jewish state and occupied West Bank.

He is expected to hold talks with both Israel’s Prime Minister Benjamin Netanyahu and Palestinian President Mahmoud Abbas.

A packed schedule will also see William meet with young people, British servicemen and Syrian refugees while in Jordan.

In Israel he will lay a wreath at the Yad Vashem Holocaust Memorial. 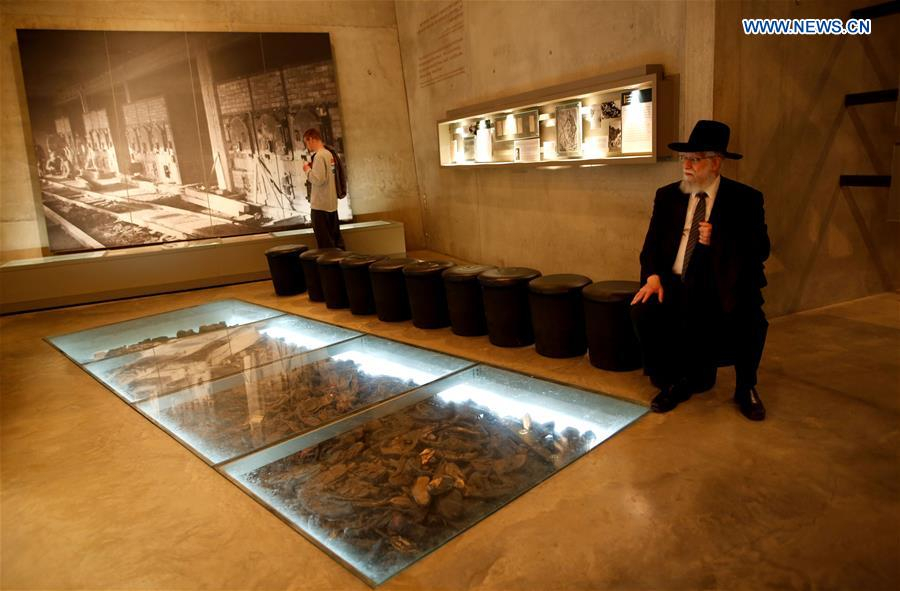 He will visit the Mount of Olives in Jerusalem and pay tribute at the tomb of his great-grandmother Princess Alice of Greece, who was honored by Israel for sheltering Jews during World War II.

In the occupied West Bank city of Ramallah he is also down to meet Palestinian refugees and youths.

Britain’s relevance in the area

Britain governed the region under a League of Nations mandate for almost three decades until Israel’s independence 70 years ago, and is still blamed by both sides for sowing the seeds of a conflict that continues to wrack the region. 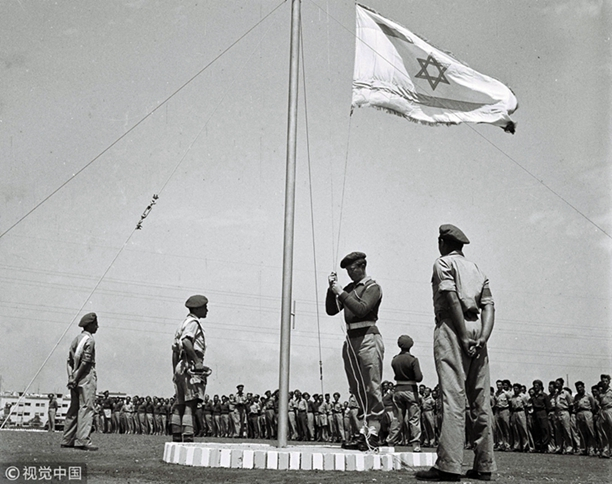 April 27, 1948: Less than three weeks before Israel’s independence, the flag of the future Jewish state is raised at morning parade at a training base of the fledgling Israeli Defense Forces in what was still the British mandate for Palestine. /VCG Photo

Ahead of William’s arrival, the official schedule’s reference to east Jerusalem as “in the Occupied Palestinian Territories” sparked particular anger among some right-wing Israeli politicians.

Israel has long pushed for an official visit by a member of the British monarchy.

Other members of William’s family – including his father Prince Charles – have made unofficial visits to Israel and east Jerusalem in the past.

Timing of the visit

Official visits by British royals take place at the request of the UK government, but statements from the prince’s household have given little explanation for the timing of this trip.

Kensington Palace has also underlined the “non-political nature of His Royal Highness’s role – in common with all royal visits overseas.”

But undeniably, the visit comes at a particularly volatile time after US President Donald Trump recognized Jerusalem as capital of Israel and moved Washington’s embassy there, sparking Arab outrage and deadly clashes.

IS set on fires residential houses in E. Afghan province

Erdogan says extending state of emergency would be good for Turkey

‘Kim and Moon to meet at military demarcation line before Korean...

Pakistan, China to have 350 km shorter highway as alternate to...