British Prime Minister Theresa May said a draft legal text on Brexit published by the European Commission on Wednesday would undermine the United Kingdom’s common market and threaten its constitutional integrity.

“The draft legal text the commission have published would, if implemented, undermine the UK common market and threaten the constitutional integrity of the UK by creating a customs and regulatory border down the Irish sea,” May told parliament.

“No UK prime minister could ever agree to it.”

The EU said on Wednesday that British-ruled Northern Ireland could stay part of a customs union with the bloc after Brexit if a better solution is not found. The “backstop” proposal in a draft Brexit withdrawal agreement unveiled by EU negotiator Michel Barnier is set to stoke fresh tensions between London and Brussels.

“My personal opinion is that this backstop will not call into question the constitutional or institutional order of the UK,” Barnier told a news conference. 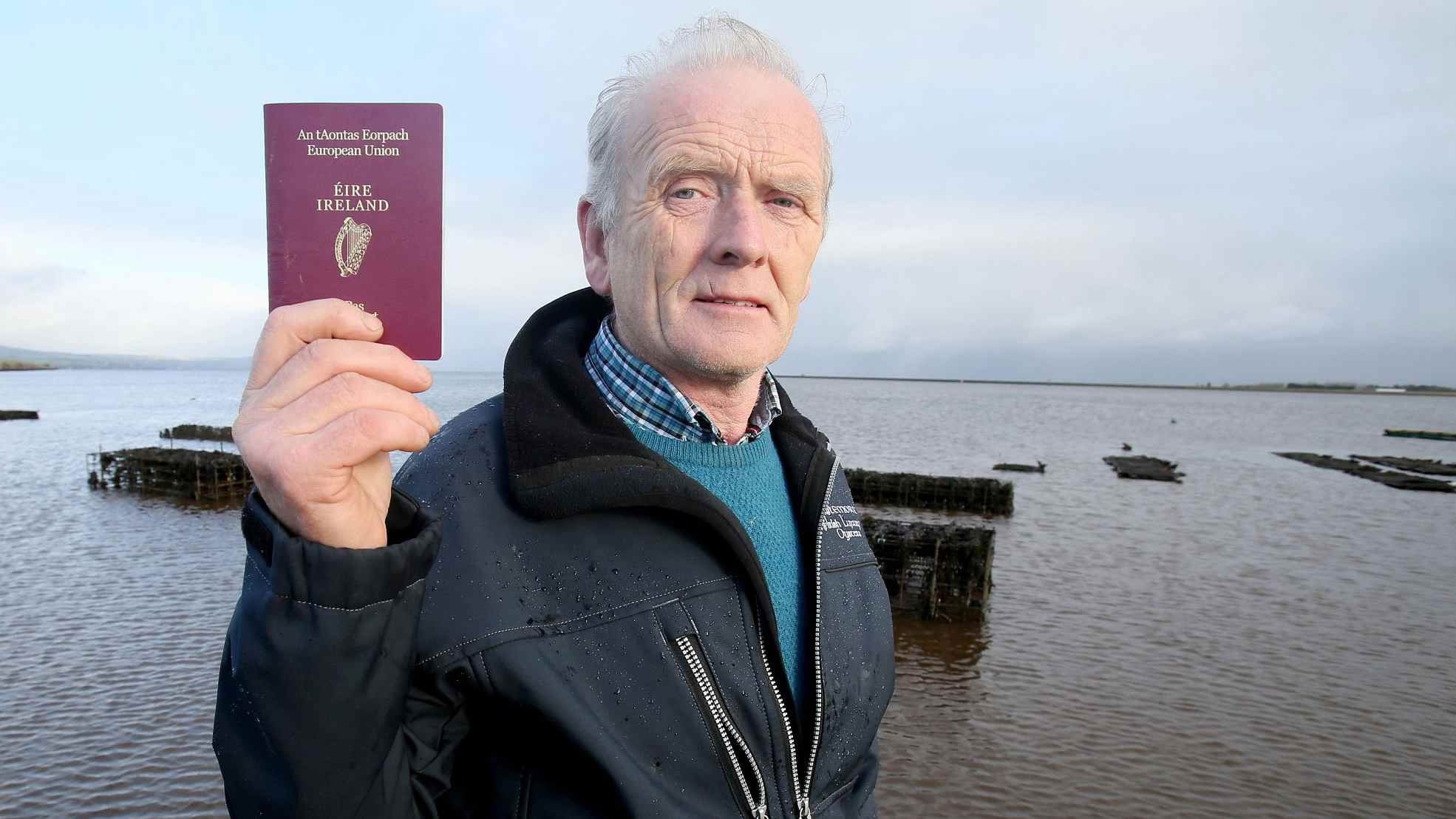 William Lynch, an oyster farmer, poses with his Irish passport at his Culmore point farm, in Lough Foyle Northern Ireland, beside the Donegal border of the Irish Republic, on January 15, 2018. /VCG Photo

The 120-page agreement says that in the absence of another plan, “a common regulatory area comprising the Union and the United Kingdom in respect of Northern Ireland” would be set up.

“The common regulatory area shall constitute an area without internal borders in which the free movement of goods is ensured and North-South cooperation,” it says.

British Prime Minister Theresa May will make a statement to parliament about Brexit on Monday, the speaker of parliament’s lower house said on Wednesday.

“The prime minister will be making a statement on Brexit policy in this chamber on Monday,” Speaker John Bercow told parliament. May is due to make a Brexit speech on Friday, setting out the future relationship she wants with the European Union.

Ireland and the EU have called for any Brexit agreement to avoid a hard border including customs checks, in order to protect the 1998 Good Friday agreement in Northern Ireland, which ended three decades of bloody sectarian violence. Britain says it wants a technological solution without staying in the customs union.

NHS England plans to vaccinate all frontline staff against COVID-19 in...