Britain announced Monday its biggest evergreen corridor stretching for hundreds of kilometers as part of plans to build the country’s biggest ever rail project, HS2.

The new corridor, to be built between London and the north of England, will include new wildlife habitats, native woodlands, and community spaces to help integrate the new line into its surrounding landscape and environment.

HS2 set out its ambitious plans saying the scale of planned works will be largest ever undertaken by an infrastructure project in Britain, with a network of environmental projects alongside the new high-speed rail link. 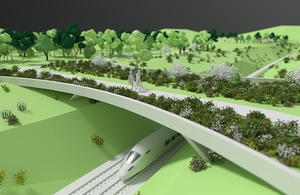 The effect picture of the ‘HS2’s Green Corridor.’ /Hs2.org.uk Photo

The first phase of HS2, which covers 216 kilometers between London and Birmingham in the West Midlands, will encompass a green corridor surrounding 7 million new trees and shrubs, including over 40 native species, specific to each location. The new native woodlands will cover over 9 square kilometers of land.

It will also include over 33 square kilometers of new and existing wildlife habitat, equating to an area the size of 4,600 football pitches, an increase of around 30 percent compared to what’s there now.

For wildlife, there will be tailor-made homes, ranging from bat houses to 226 new ponds for great crested newts and other amphibians. There will also be potential to support community projects and develop amenity spaces such as access routes, public parks, open areas and nature reserves. 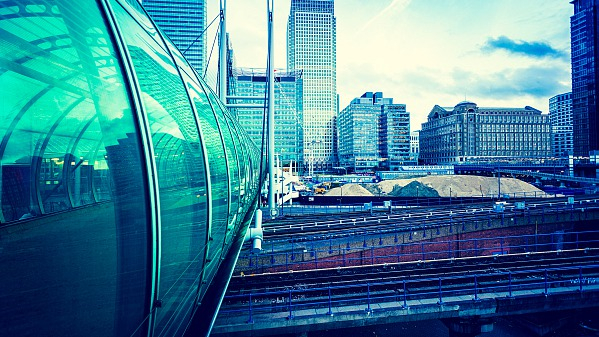 A spokesperson for HS2 said: “Work on the pioneering initiative is expected to set new standards for how Britain and the rest of Europe build the next generation of major infrastructure projects.

“As the corridor is being delivered, HS2 is encouraging local people and organizations to get involved in everything from landscape design to tree planting. This includes supporting local environmental projects through its various community funds.”

In a related announcement Monday, the British government confirmed a 2.65 million US dollar extension to the HS2 Woodland Fund so that it can cover Phase 2a of the railway, from the West Midlands to Crewe. The fund is designed to help landowners near to the route directly create new native, broadleaf woodlands and restore existing ancient woodland sites. This is in addition to the extensive “green corridor” plans and community funds that are already in place along the more extensive route.

“I’m determined to ensure that HS2 also works for the environment and local communities. This starts with doing everything we can to reduce our environmental footprint and minimize the expected impact of our construction work. Longer-term, we’ll be leaving behind a network of new wildlife habitats, woodlands, and community spaces, helping to create a lasting legacy along the route,” said Mark Thurston, the CEO of HS2 Ltd.

Thurston said HS2 has already supported a range of community projects and created a series of new habitats, including planting over 230,000 trees.

“Our unique and beautiful countryside is one of our nation’s greatest assets. As we deliver the new high-speed railway it is imperative we set a new standard for preserving, protecting and enhancing our diverse woodlands and wildlife,” said HS2 Minister Nusrat Ghani.

“HS2’s Green Corridor is one of the most significant tree-planting, and habitat creation projects are ever undertaken in this country,” Ghani added.

Hundreds of thousands of deaths linked to long working hours –...

Iranian Jewish lawmaker says “Palestinians’ return to their lands is only...